This Tuesday sees the release of the highly anticipated 12-disc Raw 20th Anniversary Collection; with this in mind, the latest edition of Fantasy Concept looks at a similar idea for SmackDown. 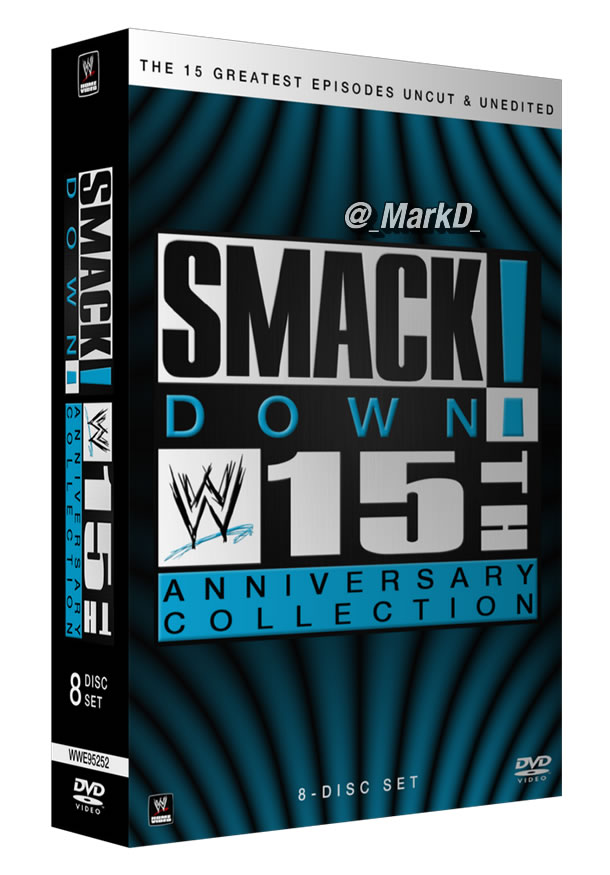 My set would feature 15 complete episodes along with a bonus feature – “SmackDown: Off the Air”, a collection of (dark) matches and segments recorded after the SmackDown tapings concluded. 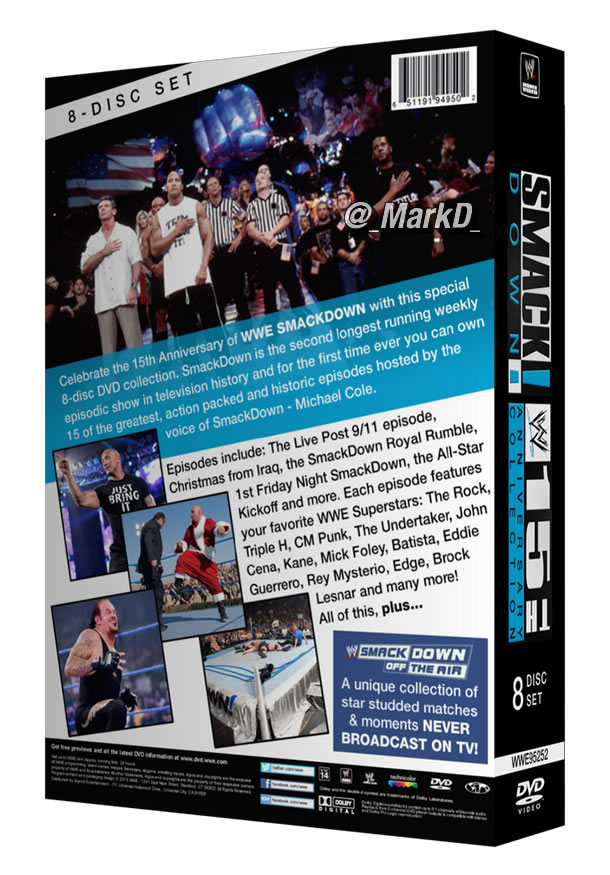 The episodes which I would like to see included on this set would be:

Details on the matches from each episode are listed on the “disc holders” below. 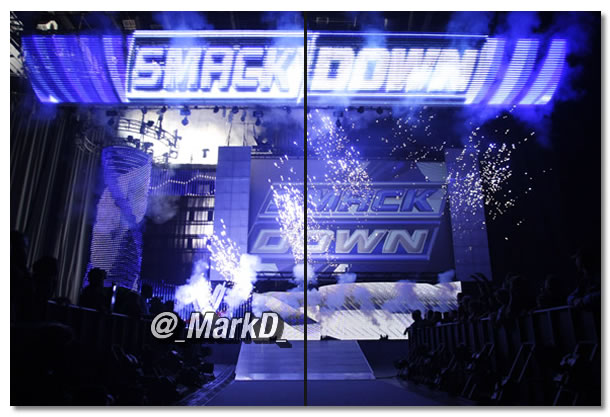 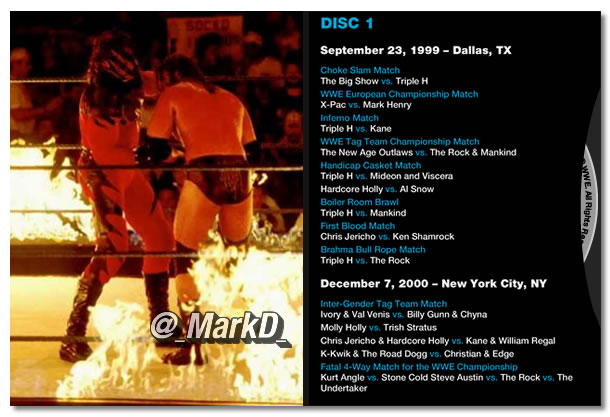 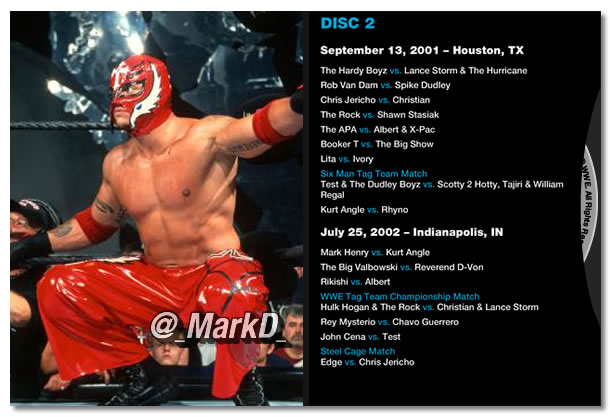 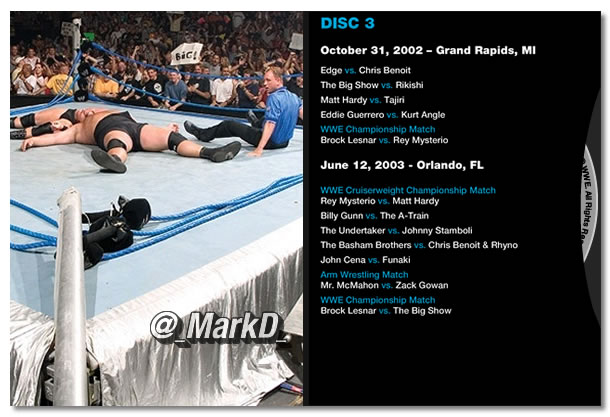 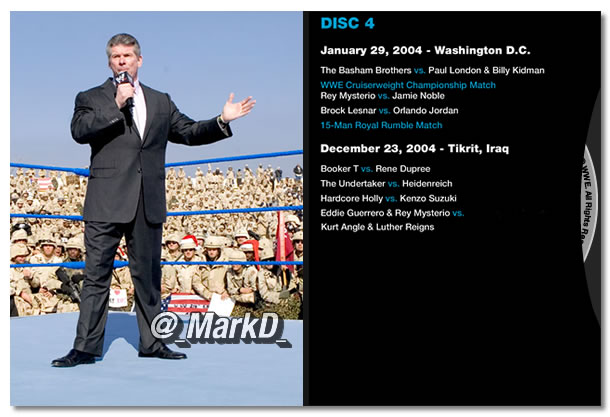 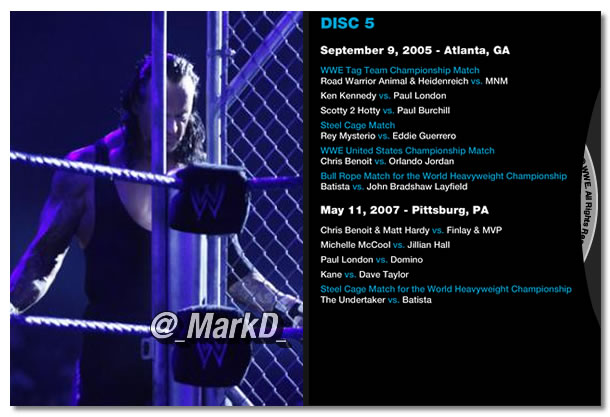 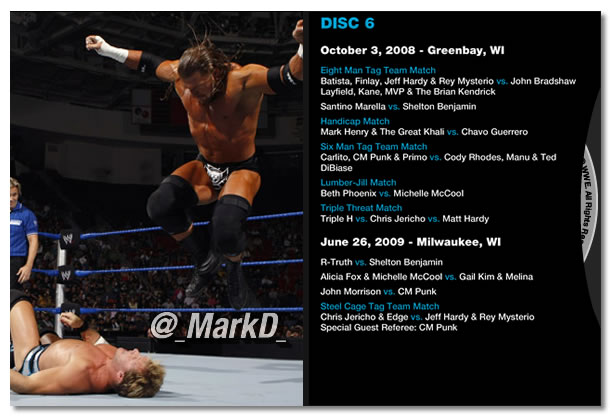 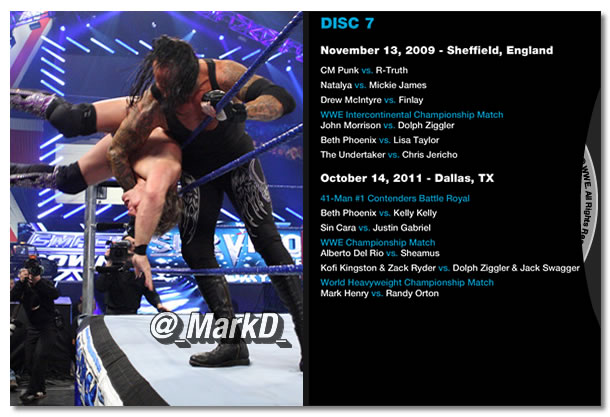 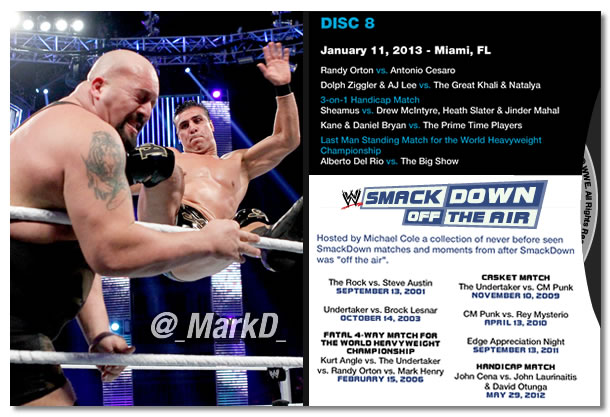 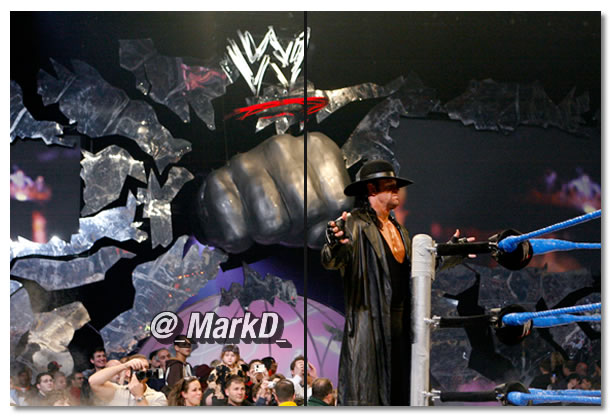 Would this set interest you? It’s great to hear your feedback, so please use the comments section below or tweet me @_MarkD_.