Last month we reported that 16 WWE DVD titles were taken out of print in the United States and we have since heard that another 20 titles will be going out of print. This time several big name titles are included, such as: SmackDown 10th Anniversary, John Cena: My Life and Starrcade: The Essential Collection. Check out the full list of OOP DVD titles below: 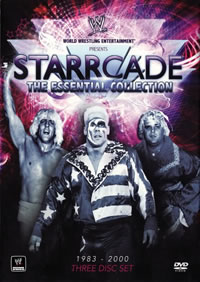 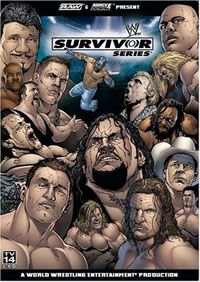 Huge thank you to everyone who took part in my Take Over Week Giveaways, the winners of each of the four giveaways are as follows:

4. Best of RAW: After The Show DVD

Congrats to you four! We will be in touch to arrange your prizes. 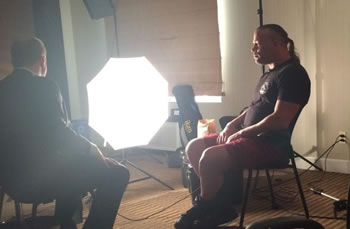 The guys over at Kayfabe Commentaries have had a very busy weekend recording a number of upcoming releases. Not only have they sat down with “The Whole F’N Show” Rob Van Dam to record an ECW Timeline looking at the year 1999, they have also recorded a YouShoot interview with Teddy Long.

Previews of all three of these interviews can be found on the Kayfabe Commentaries Facebook page, below is clip taken from the Jim Duggan interview.

Plus don’t forget, KayfabeCommentaries.com will be releasing their latest edition of “Timeline: The History of ECW” this Tuesday. The incomparable New Jack sits down to discuss 1998.

It’s Night of Champions day! (Are you excited about the PPV)? This also means that it is FINAL day of WWEShop’s DVD and Blu-ray sale! Click here to WWEShop.com.

BONUS TIP: Promo code “WWEAFFDVD1” gives a further 20% off many of the deals!

Here are just a few of the Blu-Ray deals available…

It being Night of Champions in just hours also means that WWEDVD.co.uk are running another prediction competition. This time a lucky winner can win a signed John Cena photo card.

If you would like to be in with a shot at winning, you can enter using the form below. This is open to fans in the UK and Europe. Good luck and we hope everyone enjoys the PPV.