As speculated, the Jerry Lawler WWE DVD is planned to feature a documentary portion as its main feature and we have that confirmed. The Daniel Bryan DVD will no longer solely be a match compilation but instead also feature an extended version of the “Journey to WrestleMania: Daniel Bryan” documentary from WWE Network, first aired in April 2014.

Below are the first official synopses for the upcoming releases.

It’s Good To Be The King – The Jerry Lawler Story

An in-depth look at wrestling royalty with one of the most iconic men to grace the squared circle. Featuring the greatest matches and moments from the legendary career of Jerry ‘The King’ Lawler.

Relive Daniel Bryan’s historic Journey to WrestleMania as he prepares for the biggest night of his career.

Now with an extended cut, follow the leader of the Yes Movement into New Orleans for the biggest show of the year, WrestleMania 30. Witness the rise of one of the most popular WWE Superstars of all time from his humble beginnings into WWE Champion. Also includes an all-new interview with Daniel Bryan discussing some of the most important matches of his career as well as some exclusive matches in their entirety. 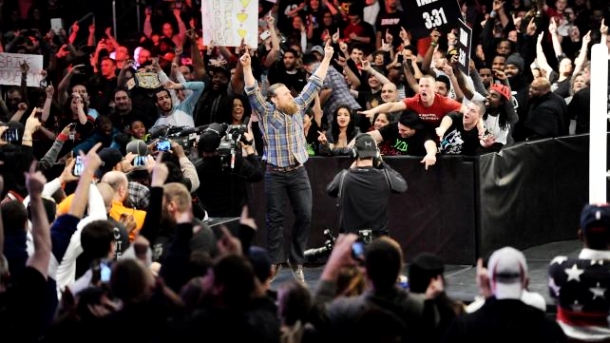 We’re now 1 week away from WWE releasing the “Destruction of The Shield” DVD/Blu-ray!

Two deleted scenes from the documentary main feature were mentioned as DVD extras in the original content listing. We reported that these extras didn’t make it to the final DVD content.

However, they are now planned to be Blu-ray exclusives. “The Dean Ambrose/William Regal Rivalry” runs for approximately 5 minutes, while “Leakee” runs for just under 2 minutes. 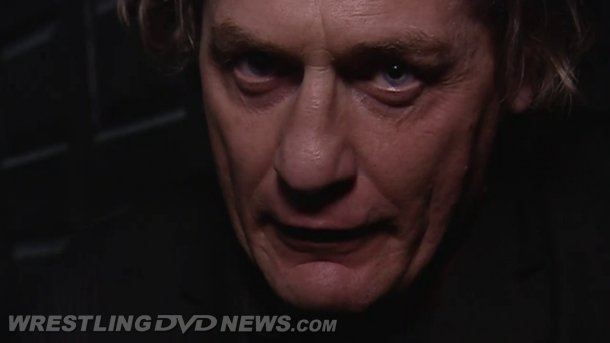 HEADS UP FOR UK FANS: WWEDVD.co.uk has this week released the “WWE Live in the UK – November 2014” and “The Best of RAW & SmackDown 2014” DVDs. They’ve also added the new Chris Jericho DVD and Blu-ray to the site for March pre-order.

WDN reader Steve Stubbington in the UK sent word that he found the newly released “Best of RAW & SmackDown 2014” DVD set for only £10 at a local ASDA store! 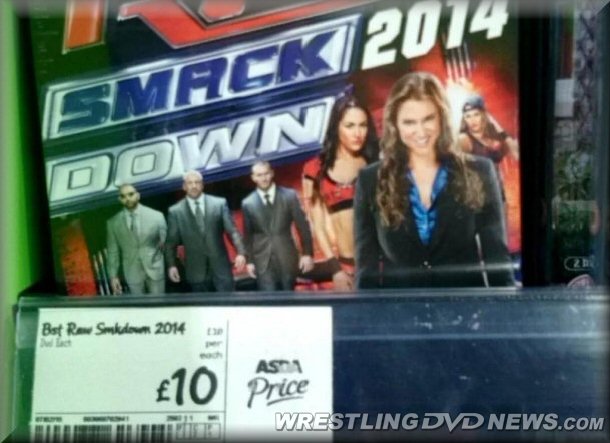 NETWORK OR DVD?: As you may have heard, the next episode of WWE 24 on the Network will be a mini-documentary titled “Booker T: Sentenced to Greatness” and that will air in just under 2 week’s time, immediately following RAW on Monday, February 23rd.

A possible Booker T WWE DVD was reported in the works by PWInsider last month, speculating a documentary feature on Booker. It’s possible that they confused this with the upcoming Network special, but it is also plausible that WWE is still making a DVD/Blu-ray set.

RARE STUFF: Look out for these 10 RARE and out-of-print wrestling DVD goodies coming up in eBay auctions over the next few days – including RAW Homecoming, Vengeance 2002, WrestleMania 16-18, Anthology box sets and more, all at decent prices!