Time for the exclusive reveal and first look at the official cover artwork for the WWE Extreme Rules 2013 DVD, featuring Triple H and Brock Lesnar!

Extreme Rules hits stores across the United States on June 18th. You can get your Amazon pre-order ready now over at this link. There are currently no indications that the event will also be released on Blu-ray format to North America; confirmed only for Europe thus far. 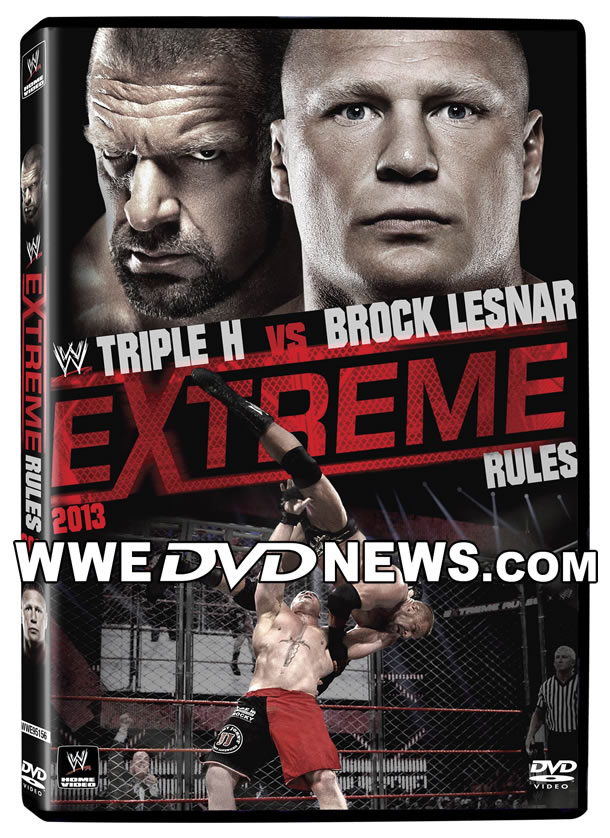 In Canada: Click here to pre-order the Extreme Rules 2013 DVD for June 25th.

In Australia: DVD available to pre-order from WWEDVD.com.au for July 3rd release.

In Europe: The UK gets it on both DVD and Blu-ray formats. Pre-order at WWEDVD.co.uk.