Revealed here at WWEDVD.co.uk are the planned extras for Extreme Rules 2014!

Included in the special features is the “WeeLC Match” from the Kickoff show, two post-match press conferences, segments from the RAW after WrestleMania, and more.

The DVD hits stores across the United States next month. You can pre-order a copy with Amazon for $13.44 by clicking here. A Blu-ray version is scheduled for Europe. 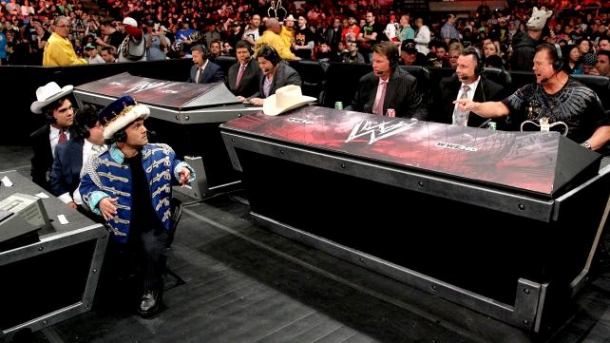 Blu-ray Exclusives
* The Blu-ray edition is currently exclusive to the UK and Europe.

The Extreme Rules DVD will be released on Tuesday, June 3rd (pre-order yours here).

Australia also gets it in June, and it then follows on to UK/Europe in July.

Speaking of Extreme Rules, UK fans can take advantage of an Extreme Rules themed sale going on now at WWEDVD.co.uk, which lasts until this Monday. 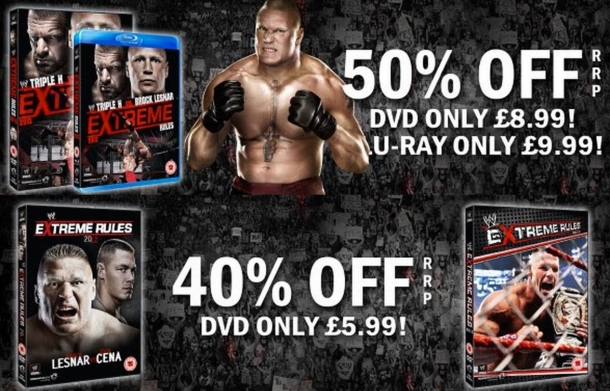 A new trailer for WrestleMania 30 has been airing this week. You can watch it below.

As mentioned, WrestleMania is the next WWE DVD/Blu-ray scheduled for release and hits stores this Tuesday. It has been listed for pre-order here on WWEShop.com

Amazon.com has it from $22.79, with special edition versions also being stocked.

Collectible stuff — Look out for these 4 WWE DVD goodies being auctioned off TODAY!

A new “DVD Event” has begun here on WWEShop.com. It’s a huge sale on 200+ WWE DVD and Blu-ray titles with prices starting at just $3.99. Worth a look! 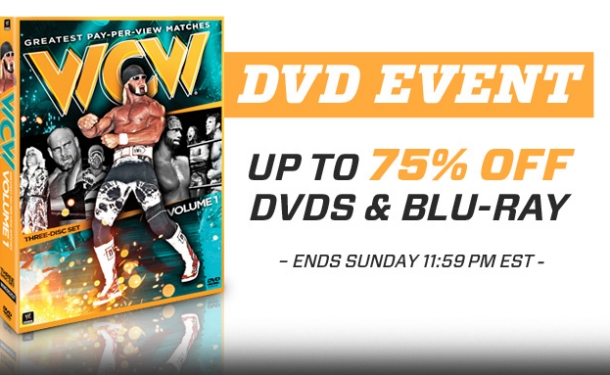