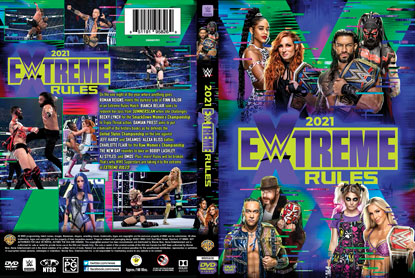 The official cover artwork for WWE’s Extreme Rules 2021 DVD has been unveiled, spotlighting four of the matches from the PPV — Finn Bálor vs. Roman Reigns, Bianca Belair vs. Becky Lynch, Alexa Bliss vs. Charlotte Flair, and the Triple Threat between Sheamus, Jeff Hardy and Damian Priest.

As well as giving you a peek at both the front and back cover artwork, below we have the full line-up of content and confirmation of a special feature. 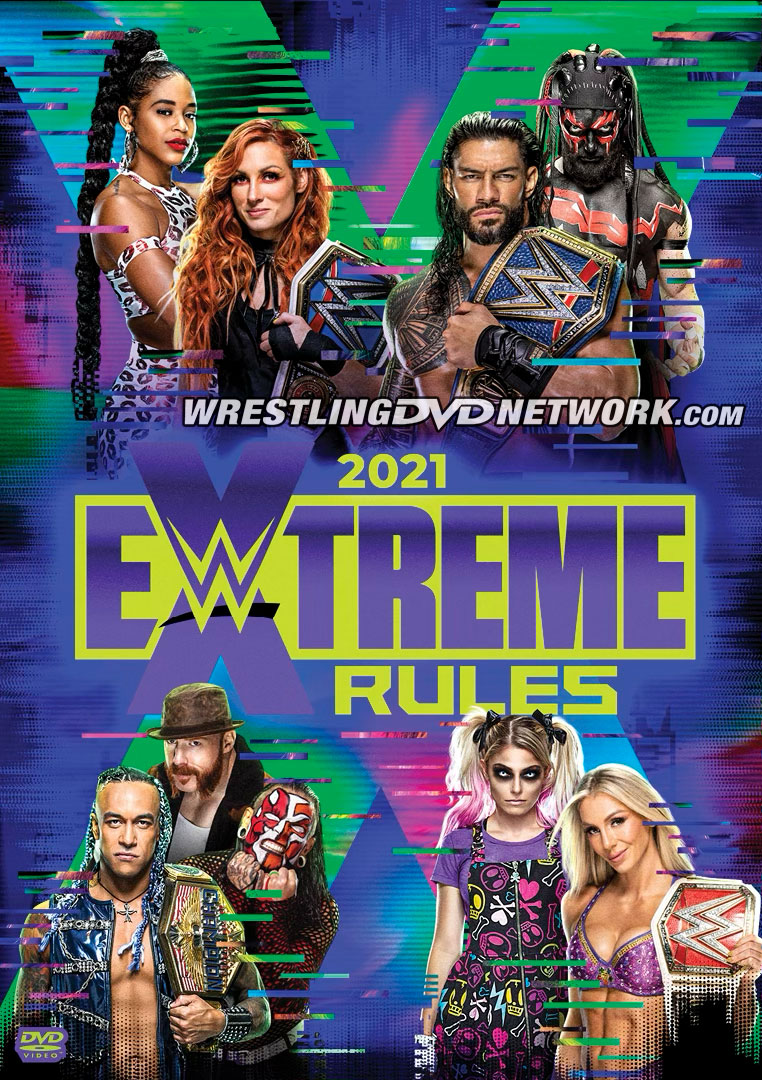 On the one night of the year when anything goes, Roman Reigns meets the darkest side of Finn Bálor in an Extreme Rules Match. Bianca Belair looks to redeem her loss from SummerSlam when she challenges Becky Lynch for the SmackDown Women’s Championship.

In Triple Threat action, Damian Priest aims to put himself in the history books as he defends the United States Championship on the line against Jeff Hardy and Sheamus. Alexa Bliss battles Charlotte Flair for the RAW Women’s Championship. The New Day reunites to take on Bobby Lashley, AJ Styles and Omos. Plus, more!

Rules will be broken. That’s why WWE Superstars are taking it to the extreme at EXTREME RULES!

The All Mighty Message 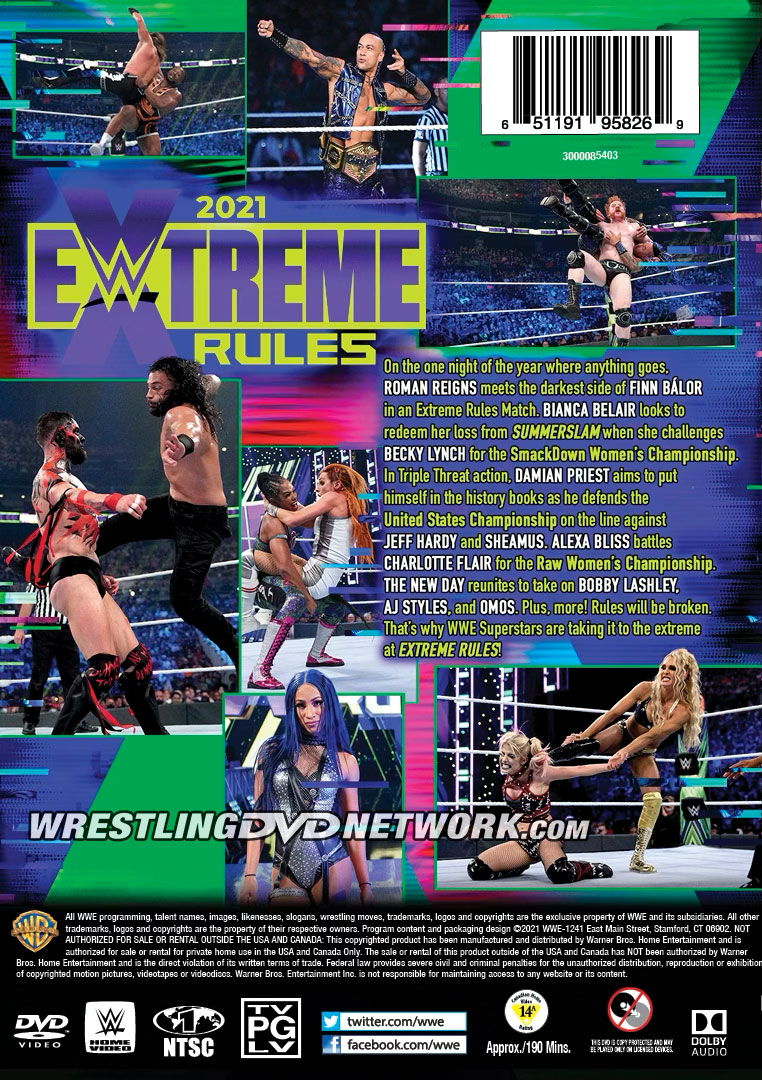 Grab your copy of the WWE EXTREME RULES 2021 DVD….

– UK/Europe: November 8th. Get your DVD on pre-order now via Amazon.co.uk.

SummerSlam 2021 is the latest WWE DVD to hit stores! Did you pick up a copy yet?

We’ve heard of a few delays with stores getting stock, but it’s out there. This year’s SummerSlam DVD has a unique packaging style and a free Roman Reigns Topps trading card included with it, as you’ll see below in these photos sent in by WDN reader Matthew Tremble.

Six extras are included on the 2-disc set, taken from the Kickoff Show and episodes of RAW and SmackDown in the build to the PPV. 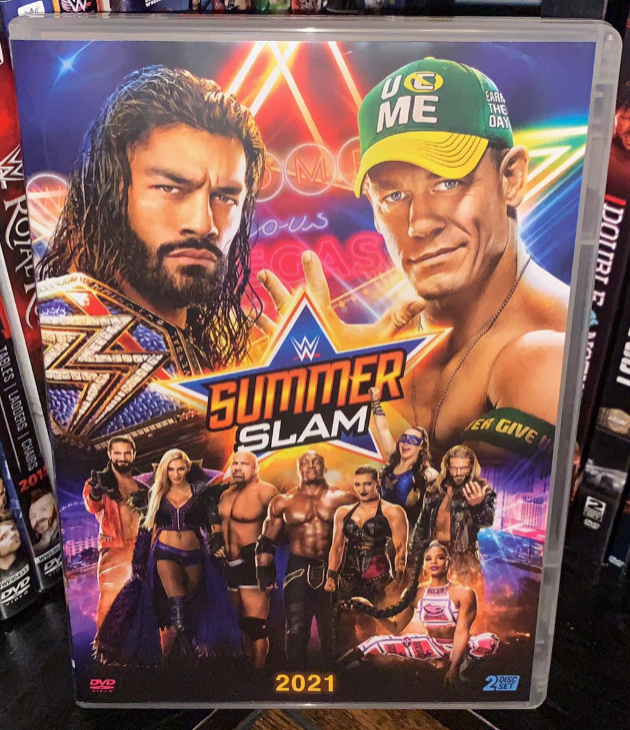 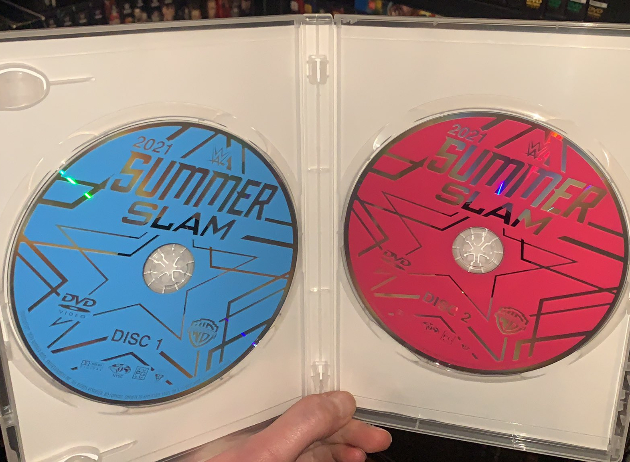 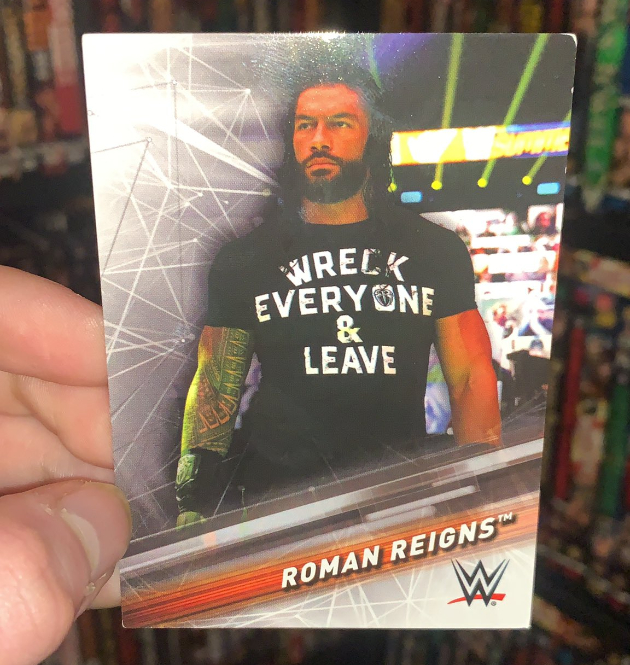 – UK/Europe: October 11th. The DVD (and exclusive Blu-ray) is on pre-order at Amazon.co.uk.

And finally, WrestlingDVDNetwork.com has the exclusive reveal of more cover artwork for Drew McIntyre’s first-ever WWE DVD: “Drew McIntyre: The Best of WWE’s Scottish Warrior”. Get your first glimpse at the full sleeve artwork including back cover, now! 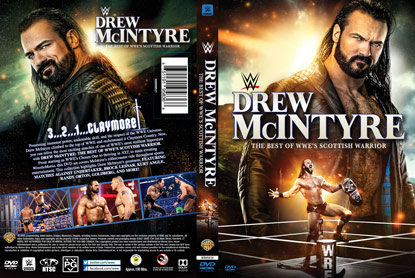 WWE will be releasing the McIntyre DVD in December to fans in North America and Europe. 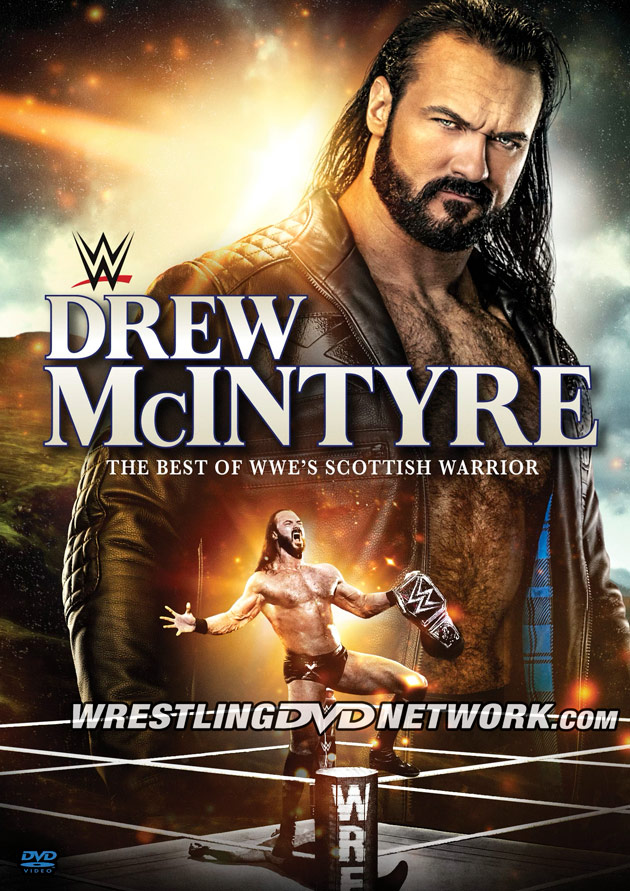 Possessing immense power, undeniable skill, and respect of the WWE Universe, Drew McIntyre climbed to the top of WWE and rechristened it Claymore Country.

Now, you can relive the most exciting matches of one of WWE’s most resilient Superstars with Drew McIntyre: The Best of WWE’s Scottish Warrior. From starting as WWE’s Chosen One to thriving in NXT, to main eventing WrestleMania, this DVD set covers McIntyre’s rollercoaster ride through sports entertainment. 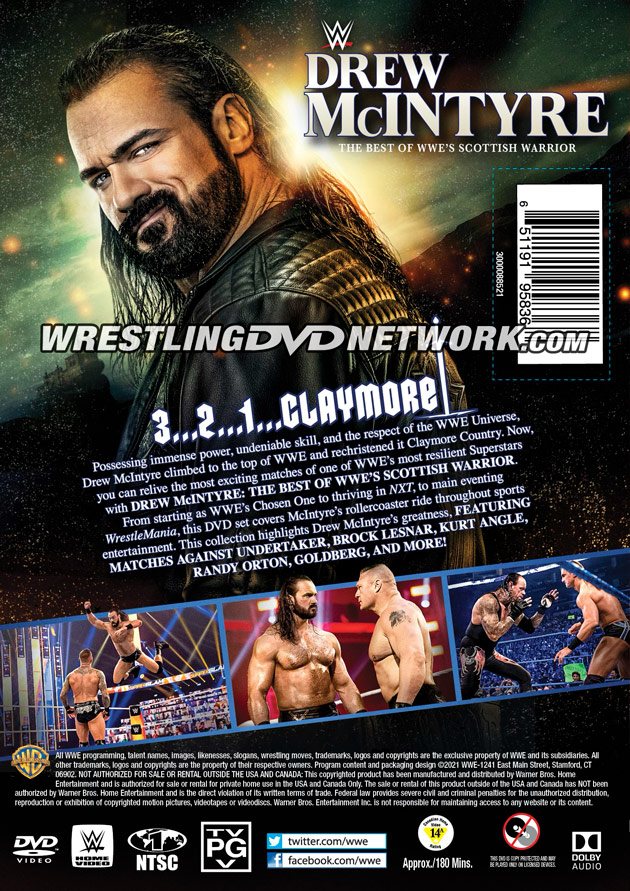