Hosted by Mick Foley, this one will be released by WWE on June 26th in the United States, and produced on both DVD and Blu-ray formats [pre-order yours here].

The contents are yet to be revealed, but the tagline of “The Greatest Street Fights and other Out of Control Matches” confirms it will not be limited to FCA matches only. 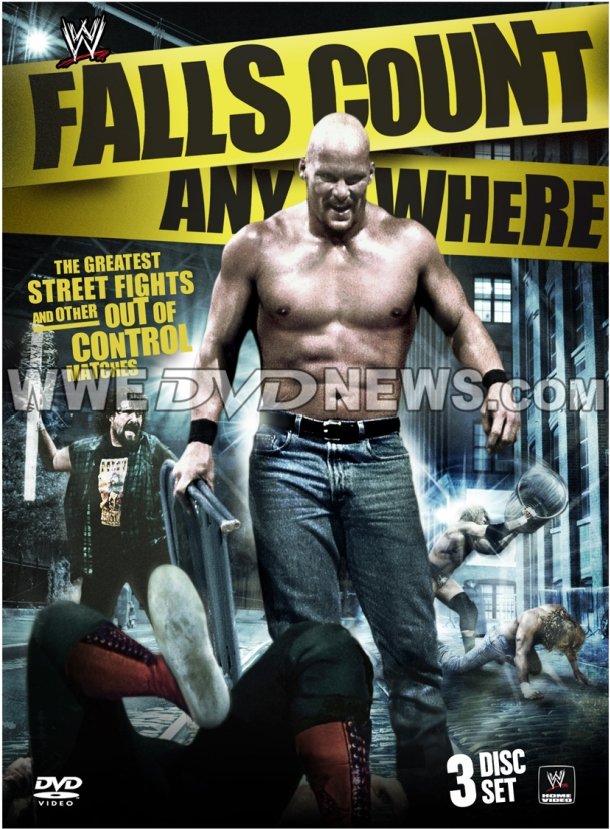 Synopsis: Sometimes, rivalries become so intense, they cannot be contained within the ring and cannot be contested by the usual rules. For matches that spill outside the ring, there are Falls Count Anywhere Matches.

What are your thoughts on the cover artwork, and which matches would you include in the collection given the choice? Leave a comment below!