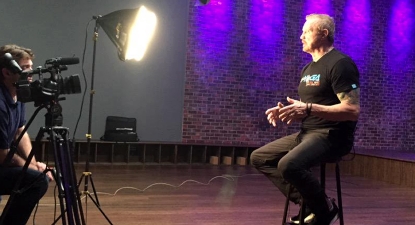 Production has already begun on the just-confirmed DDP DVD and Blu-ray scheduled for 2017, which this week was given the working title “Diamond Dallas Page – Positively Living”.

WWE cameras caught up with both the man himself and Scott Hall on Wednesday at the DDPYOGA Performance Center in Georgia to record new interview footage. Filming will continue this weekend when a WWE camera crew is in attendance at a DDPYOGA workshop in New Jersey.

Early indications suggested that the format of the Home Video might take a “Best of” style approach (a match compilation with interviews and video packages in between), but there are now rumblings of a “biography” too, potentially referencing a documentary main feature planned for the set.

This photo of WWE interviewing DDP and Hall for the DVD was shared on social media: 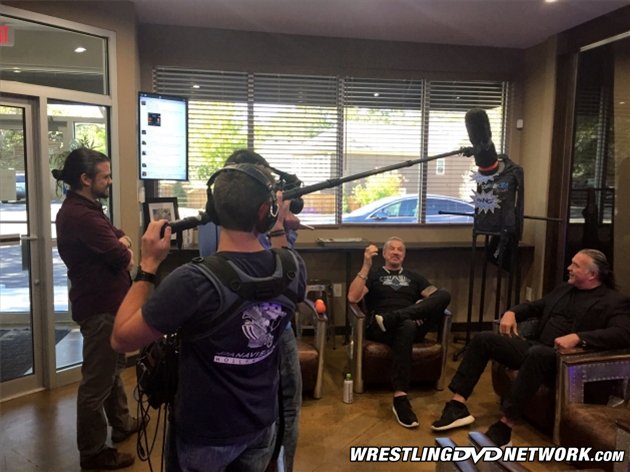 Amazon have delays getting stock until sometime next week, WWEShop don’t appear to be listing that version for sale, but the box set has been found in stores across the United States.

Thanks goes out to WDN reader Michael Bennett who took these new snaps below of the box set, fresh off the shelves at a local Walmart, where it’s currently priced at $39.96. 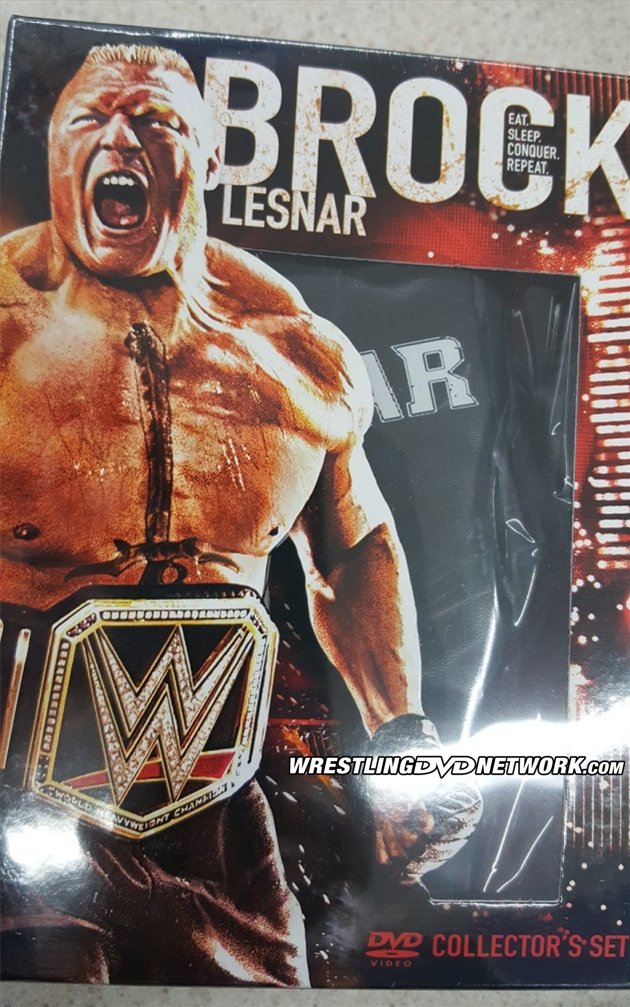 Since day one, Brock Lesnar has conquered every obstacle in his path of destruction. He has claimed championship, taken opponents to Suplex City, and put an end to Undertaker’s undefeated WrestleMania streak. Witness Brock Lesnar’s greatest matches and moments and see why he lives by the mantra of EAT. SLEEP. CONQUER. REPEAT. 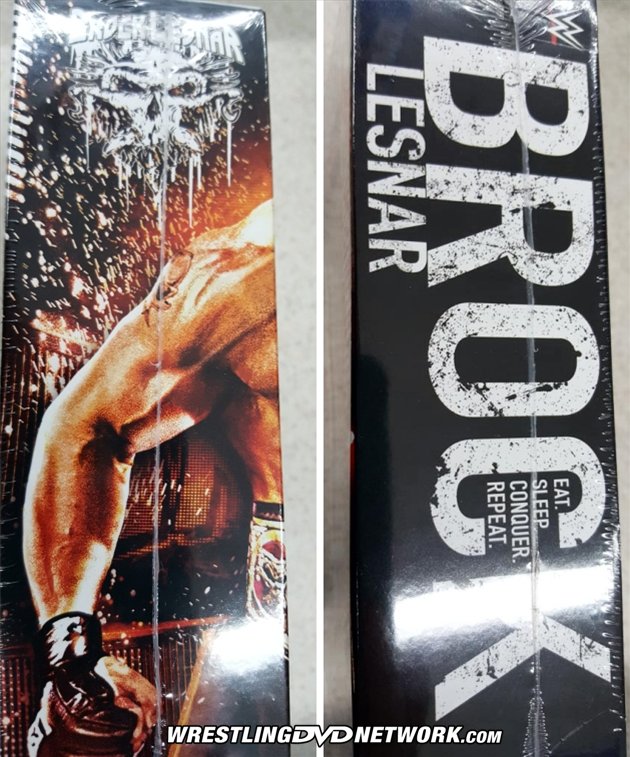 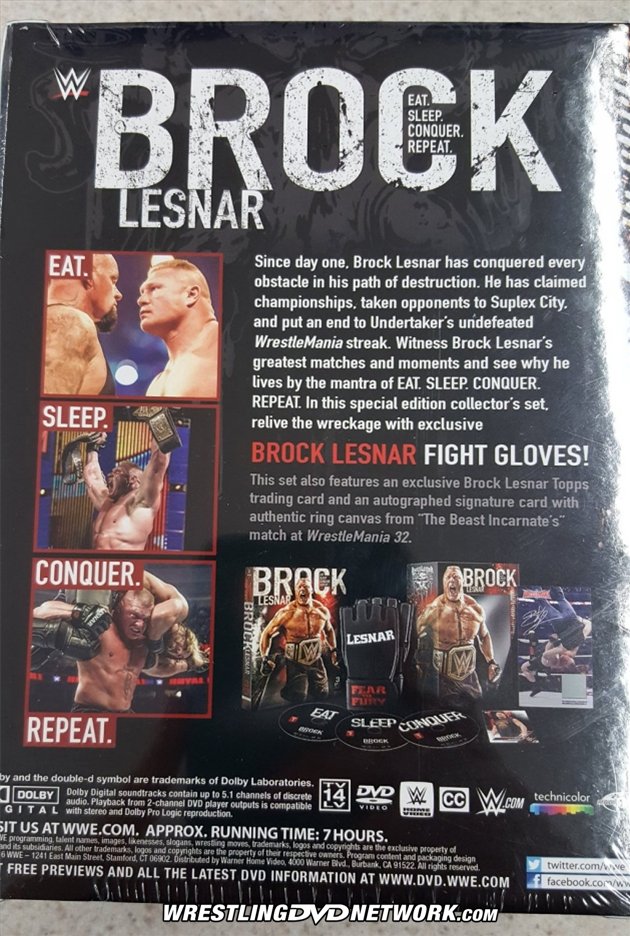 – UK/Europe: This Monday! Grab the new BROCK DVD or Blu-ray here on Amazon.co.uk.

The single-disc DVDs on Roman Reigns and John Cena that were produced for the Mattel “Ultimate Fan Pack” figure bundles in the United States have now been released to fans in the UK.

As noted, they’ve been re-packaged as “Iconic Matches” titles, now in retail DVD packaging that features newly made artwork. They’re priced only £4.99 each here on Amazon.co.uk.

WDN reader David Walker got hold of both DVDs and shared these pics:

Speaking of the UK, several new WWE DVD and Blu-ray titles planned for 2017 (including the aforementioned “Diamond Dallas Page – Positively Living”) have gone up for pre-order!

In case you missed it, a new WWE-produced documentary on WWE Hall of Famer Pat Patterson, called “I Did It My Way: The Pat Patterson Story”, recently surfaced on YouTube.

The 52 minute documentary was of course released in an effort hype up Patterson’s book, “Accepted”, however it’s interesting to note that the “WWE Home Video” logo can be seen in the copyright notice that closes out the feature. Therefore we could speculate that at one time this year there may have been a Pat Patterson DVD in the works to accompany the book.

For those asking, there currently does not appear be such a WWE DVD scheduled for 2017. 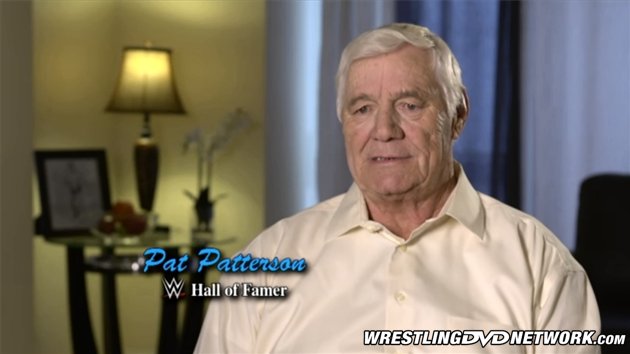 WEEKEND GOODIES: Here’s your round-up of WWE DVD goodies up for grabs this weekend!

There’s 2 sizable collections to look out for, one a lot of 12 original ECW DVDs… 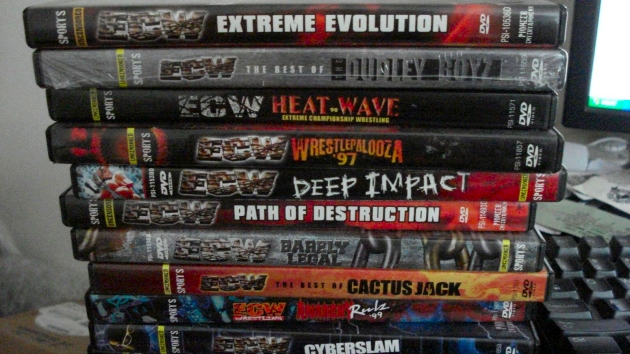 And a bunch of rare, long out-of-print WWF DVDs all going cheap too…