WWE Rumored To Be Filming REY MYSTERIO Project – Is It A New DVD; Will It Replace Shane McMahon? 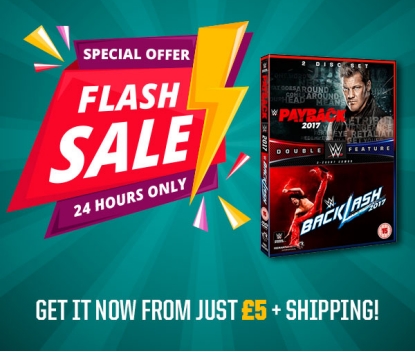 It’s Wednesday and that means there’s another “wild” WWE DVD sale running in the UK.

As reported, beginning last week, WWEDVD.co.uk have kick-started new 24-hour flash sales set to discount one WWE DVD title each and every week. Today it’s your chance to grab the PPV twin-pack “Double Feature: Payback & Backlash 2017” on DVD for just £5!

This deal will expire tomorrow morning at 7AM so get on over to WWEDVD.co.uk before then. 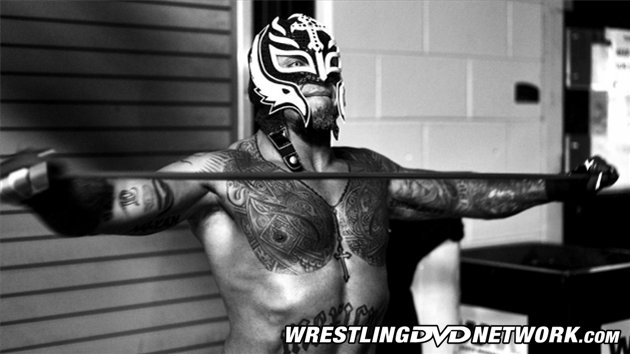 This week rumors have surfaced of a WWE-produced project in the works for Rey Mysterio.

Reports attributed to PWInsider.com suggest that Alberto Del Rio was recently back at WWE Headquarters in Stamford, Connecticut to film interview comments for a Rey Mysterio-related project.

Since then we’ve been inundated with messages from WDN readers asking if there will be a new Rey Mysterio DVD. We did some digging but as of right now it’s too early to tell and such a DVD is unlikely be confirmed, green-lighted or worked on before Rey is officially back in the fold with WWE.

One thing we have been able to confirm is that this is NOT the replacement for the cancelled Shane McMahon DVD in June. Early indications would appear to be that a Mysterio DVD is not on the 2018 Home Video schedule, therefore if the rumors are true it’s more likely the company has plans for a WWE Network special, possibly an episode of “WWE 24” which one could speculate might center around Rey’s surprise return to WWE at the Royal Rumble.

WrestlingDVDNetwork.com is working on bringing you details of the replacement for Shane O’Mac. Expect to hear about it as soon as confirmation comes through!

The Home Video release of WrestleMania 34 has gone live for pre-order on Madman.com.au; the home of the official licensee for WWE DVDs in Australia and New Zealand.

Conspicuous by its absence though is a Blu-ray of this year’s WrestleMania as only a DVD version has been added to the site, stirring up concern again that WWE is scaling back on Blu-rays.

At this time we still expect there to be a ‘Mania Blu-ray in this region given what was hinted to us in recent months and with there being a Blu-ray now scheduled for both North America and Europe, so there could either a delay listing the edition for Australia or it may end up as store exclusive.

In case you missed it, for fans in the United States WrestleMania 34 is currently the one and only WWE Blu-ray scheduled for release in the remainder of 2018. There will also be a Best Buy exclusive version of the WM34 Blu-ray featuring alternate cover artwork. 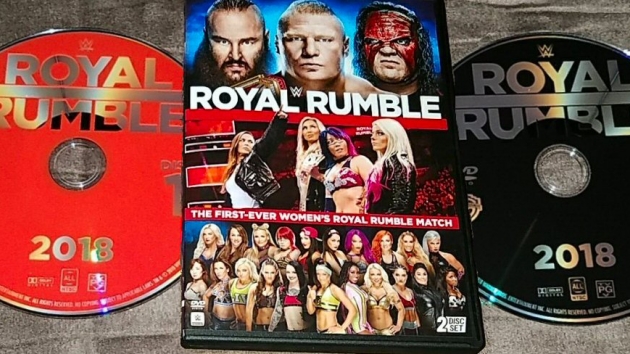 The Royal Rumble 2018 DVD officially hit stores across the United States yesterday, a 2-disc set with a runtime close to 5 hours, featuring the full PPV card headlined by both the men’s and women’s Royal Rumble Match and the Kickoff Show matches as extras.

Amazon.com has it in stock now for the competitive price of only $12.96.

Fans in the UK get it one week from Monday, along with a Blu-ray edition that’s exclusive to Europe. 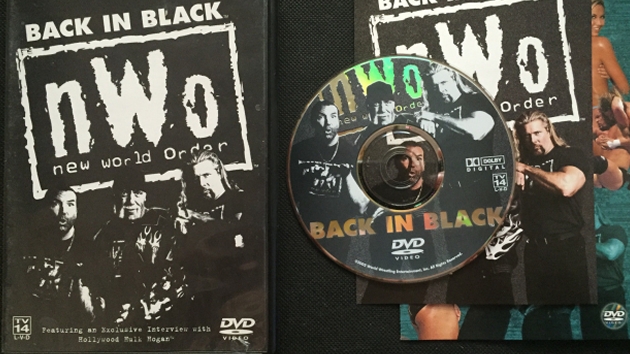 These 18 rare, original-print WWF/E DVDs will all be auctioned off before the week is out!!