Joey Styles just revealed the official cover artwork for Mick Foley’s new WWE Home Video entitled “For All Mankind – The Life and Career of Mick Foley“. This one hits stores on DVD and Blu-ray in the United States on April 16th (pre-order yours).

Also confirmed through Joey’s Twitter is that there will be, as we reported, a Mr. Socko puppet included. This was referred to as “limited edition” while supplies last. We suspect one place you can get that is Amazon.com, since there are currently four pre-order listings available, two of which are priced higher and will likely have the puppet attached. 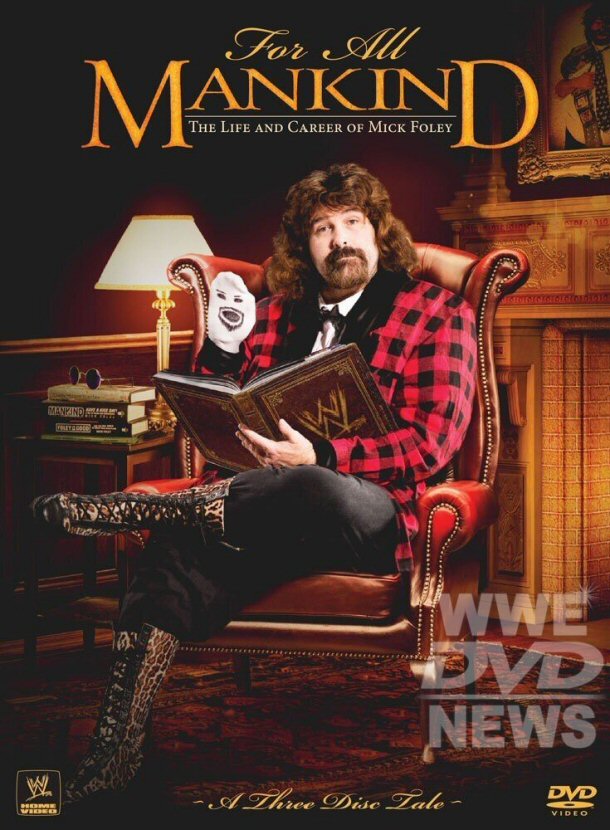