Just a few weeks ago the full content for Goldberg – The Ultimate Collection was released and today we can give you an exclusive first look at the planned cover artwork!

Goldberg – The Ultimate Collection hits stores worldwide on DVD and Blu-ray this October.
Pre-order it now via Amazon.com by clicking here. 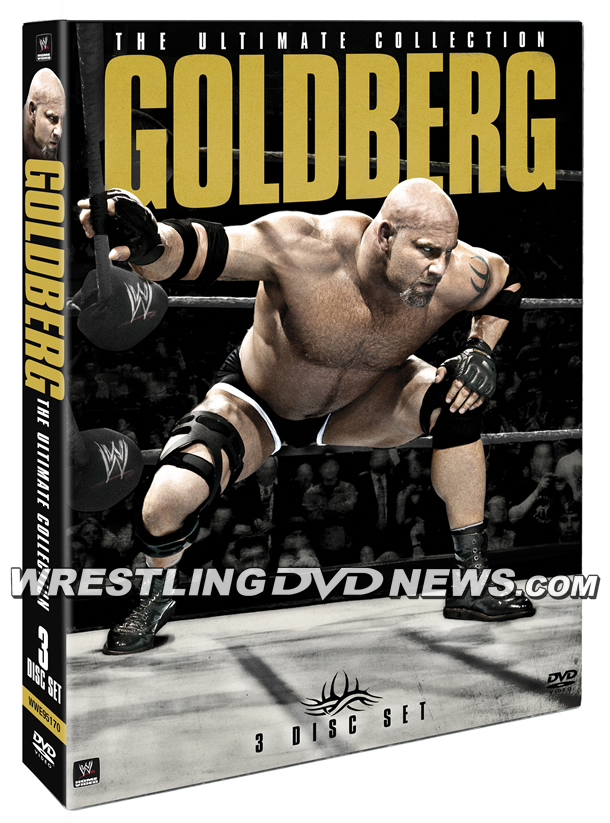 “Goldberg was one of the most dominant and talented individuals ever witnessed in sports entertainment, exploding onto the scene by amassing an epic win streak of 173 matches. Throughout his WCW career he defeated legends such as Hulk Hogan, Kevin Nash and Diamond Dallas Page. As he crossed over to the WWE, this powerhouse continued his dominance taking on such Superstars as The Rock, Triple H, and Brock Lesnar among others.

This 3-disc compilation features some of the biggest matches in Goldberg’s impressive career and showcases why his legacy will forever be cemented in sports entertainment.” 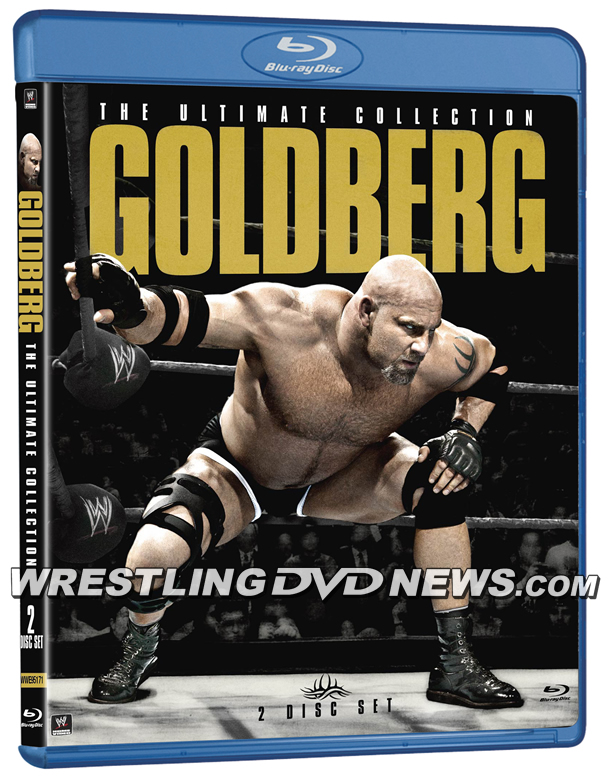 Get your copy of “Goldberg – The Ultimate Collection”…

Australia: Pre-order the DVD/BD from WWEDVD.com.au for October 16th.

UK/Europe: Pre-order the DVD/BD from WWEDVD.co.uk and get it FIRST for October 7th.