You’ve by now probably read the Wrestling’s Greatest Factions DVD content revealed over the weekend. We can now show you the Blu-ray exclusives.

The extras are three more factions with a match allocated to each one, and you might be pleased to hear that two of these factions are the Wyatt Family and The Shield!

Add in these extras to the content already revealed and you’ve got more than 20 factions profiled, along with over 20 matches from WWE, WCW, ECW and World Class Championship Wrestling. The DVD and Blu-ray is scheduled to hit stores on May 27th. 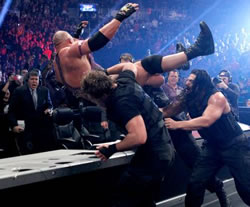 Below is how the March Mania tournament brackets look at the beginning of Round 3.

Vote now at this link before Round 3 ends on Thursday night! 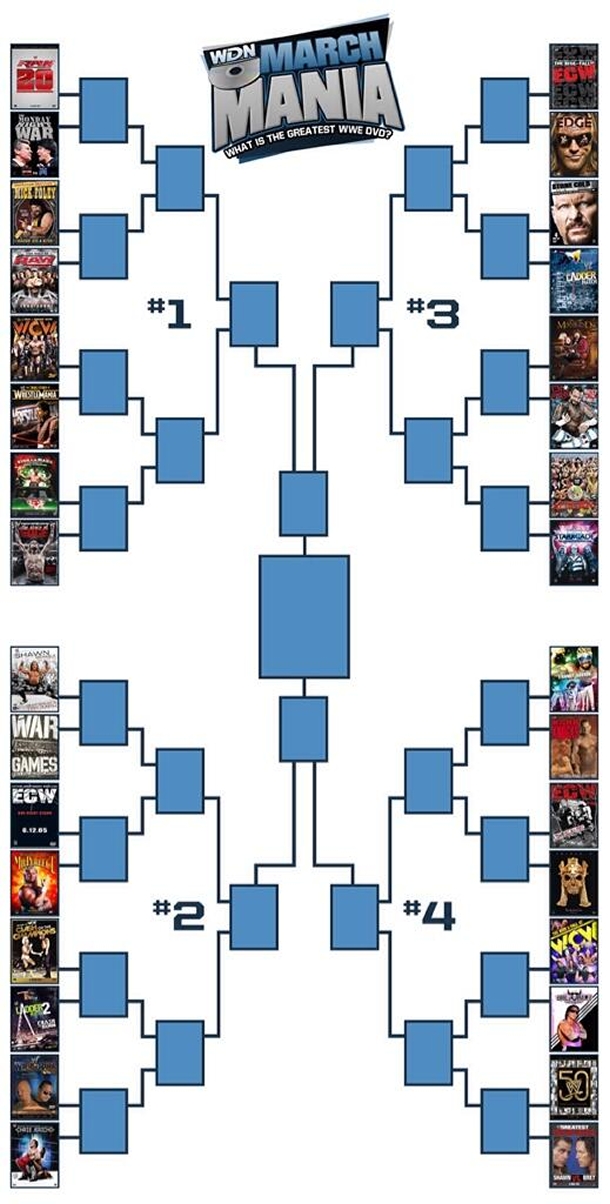 Some time ago we revealed plans for incoming WWE DVD and Blu-ray sales at various stores across the United States on the road to WrestleMania.

In the case of Walmart, our information told us that a “Road to WrestleMania 30” section is planned for participating stores, containing a sale on 40 to 50 WWE DVD titles. Those are slated to include the best sellers of 2013 and Walmart exclusive 2-packs. Also indicated was a pre-purchase offer on the WrestleMania 30 DVD/Blu-ray, giving the customer a VUDU instant download of 1 WrestleMania event and an e-copy of WrestleMania 30 too.

WDN reader Andy Bass observed the following at Walmart over the weekend:

It appears that Walmart is going to have another WrestleMania season DVD blow out. While at their store in Harrodsburg, KY this morning, there was an entire shelving unit that was being prepared for approximately 40-50 titles (tags on the shelving unit identified that they would be WWE dvd releases) ranging in price from 5.00 to 12.96 and also both DVD and Blu-ray offerings. Sales associate said they would available tomorrow or Tuesday.

Before then, WDN reader “MDG915” notes that Best Buy have several WWE DVDs and Blu-rays marked down in-store already. Those include the Goldberg, WCW War Games and Money in the Bank Anthology Blu-rays priced at just $11.74 each.

As noted, KayfabeCommentaries.com are releasing a “YouShoot: ICP” DVD.

It’s (you guessed it) a new shoot interview with the Insane Clown Posse and it’s coming this month on March 25th. Here’s a new screenshot from the shoot. 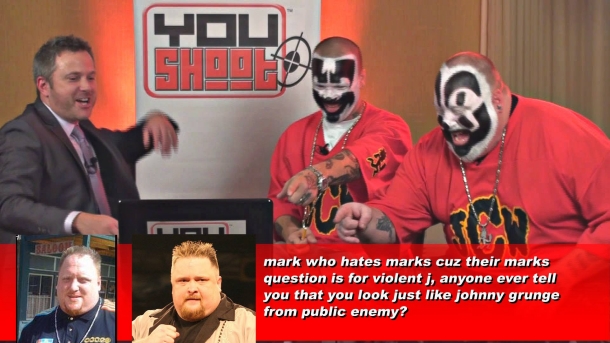 WDN reader Wesley wants you to know that he’s auctioning off the tricky-to-complete, full set of WWF Attitude Collection DVDs here on eBay.com this week. He notes that the 2007 Blockbuster exclusive DVDs, an autographed Trish Stratus FYE Exclusive, the complete ECW Pioneer set, and other special editions are soon to be listed on his eBay also. 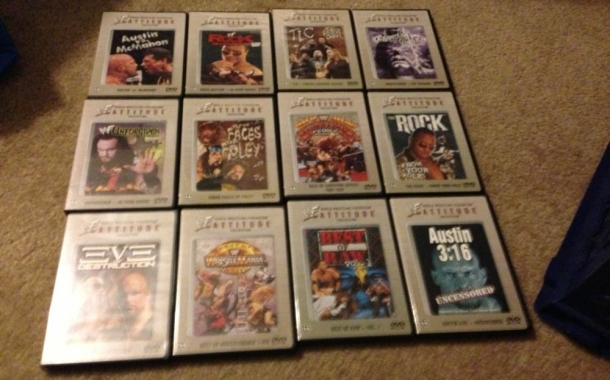