Today here at WrestlingDVDNews.com we can exclusively reveal the planned cover art for: WWE Greatest Wrestling Factions DVD and Blu-Ray.

This 3 disc DVD and 2 disc Blu-Ray set will feature the top 20 factions in wrestling history and a collection of matches spotlighting these factions; from The Four Horsemen through to Nexus. Wrestling’s Greatest Factions hits stores across the United States on May 27th, click here to pre-order via Amazon.com. 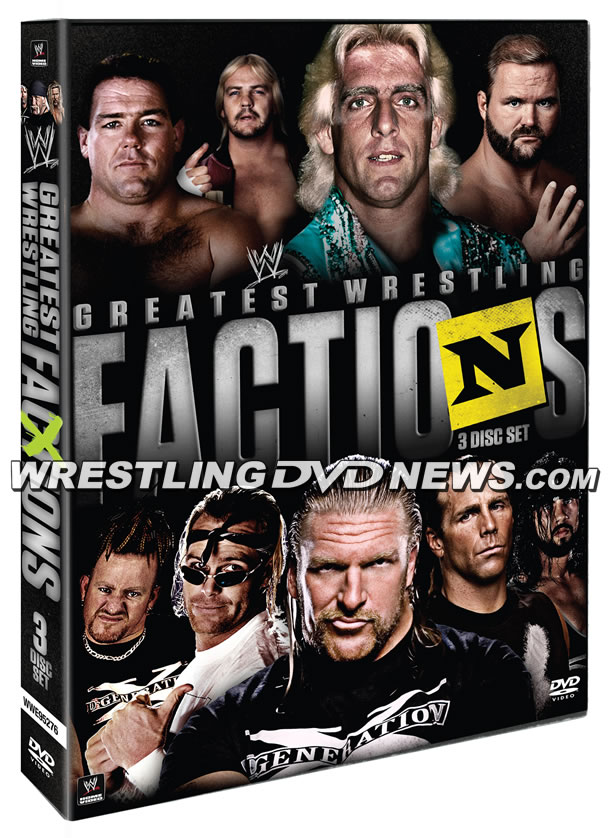 “For decades, Superstars have sought allies and banded together for strength in numbers. From the Four Horsemen to the n.W.o, DK, The Nexus, The Shield, and everyone in between, factions are as woven into the fabric of sports-entertainment as the rules they tend to ignore. Now, WWE celebrates the biggest, baddest and coolest factions in history.

From those who influenced generations of Superstars to those who just ran roughshod over the competition, this 3-disc DVD/2-disc Blu-ray presents a brief history of the top factions from all eras and collects several of the greatest matches and moments that made each one a household name. Also featuring The Fabulous Freebirds, The Nation of Domination, Evolution, The Heenan Family, Straight Edge Society and much more!”

We revealed the full match listing a few weeks ago for WWE Greatest Wrestling Factions, check it out here. 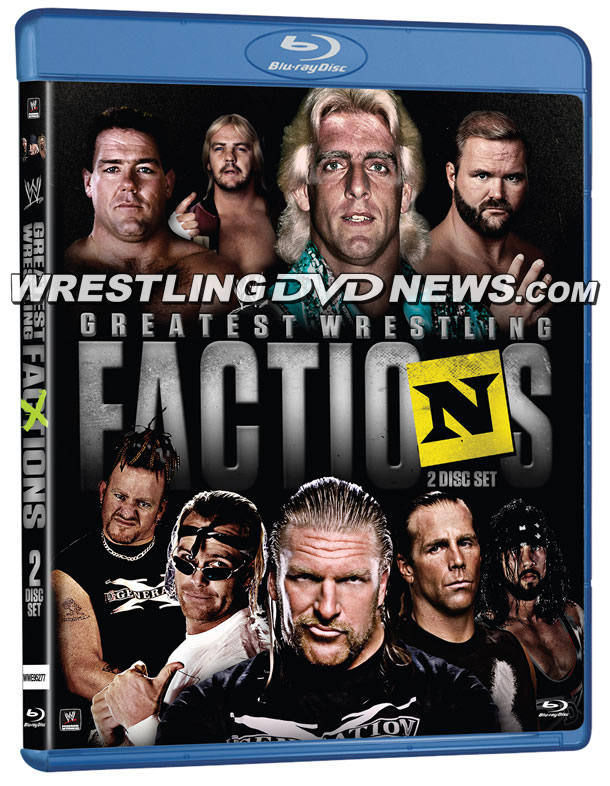