What’s your favorite “hardcore” moment in WWE history? Tell us in the comments section for your chance to win the DVD!

It’s a new month and we’ve just sent out all prizes to previous winners, so it’s time for a brand new giveaway. Up for grabs this time is the original print WWF Hardcore DVD.

The winner of our giveaway will get the DVD in either Region 1 (US/Canada) format or Region 2 (UK/Europe) format. Both are still in their new, factory sealed condition! 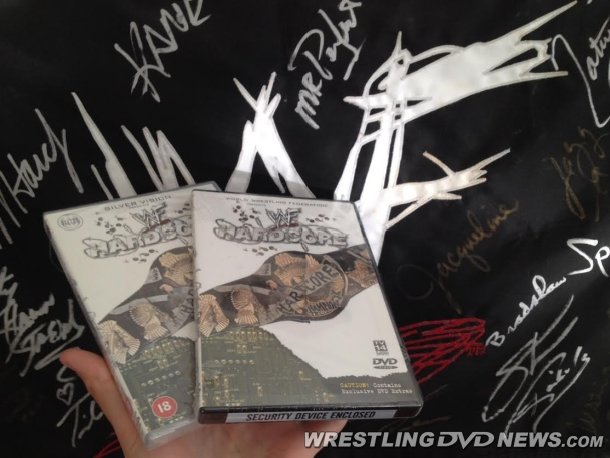 Leave a comment below stating your favorite “hardcore” style match or moment!

Just for fun and discussion – the winners of the giveaway will be chosen at random from all comments. Make sure to use your real email address so we have a means of contacting you should you be our selected winner. Your email will not be displayed with comments.

· Entries close on July 20th, 2014.
· Strictly one entry per person (this will be checked).
· Only real email addresses will be eligible.
· Winner to be chosen at random from all entries.
· Worldwide entry is allowed.

We recently showed some photos of the Blu-ray edition. Below is a first look at the DVD version, with thanks to WrestlingSuperStore. Also, heads up to UK fans, “United We Slam” is available to you slightly before the US when buying through WWEDVD.co.uk. 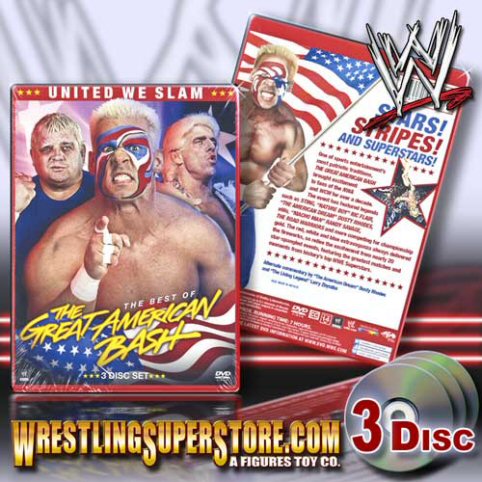 Also coming next Tuesday is the “YouShoot: Shane Helms” DVD, a shoot interview conducted with fan questions. Head to KayfabeCommentaries.com next week to get your copy.

We noted previously of new additions to WWE titles streaming on Netflix, which included the content of the newest Ultimate Warrior DVD. The full list of those is as follows:

New information this week suggests that the “Greatest Superstars Of WrestleMania” DVD was recently taken out-of-print in the United States market.

The DVD was released in various forms since 2008 when it was originally a Walmart exclusive. It was doubled up with WrestleMania 26 as a K-Mart pack in 2010, re-released in new packaging through Walmart in 2012, and was last year spotted for sale in the $5 bins. This one would therefore be unlikely to ever really become too difficult to find!

If that’s prompted you to add the “Greatest Superstars Of WrestleMania” DVD to your collection, the best prices online for it in brand new condition can be found here on Amazon.com (for $5.97 shipped) and here on eBay.com (for $6.32 shipped).