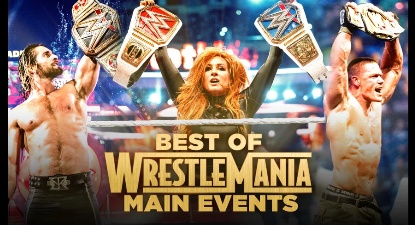 In May we announced a new “Non-PPV” release had been added to the 2021 WWE DVD schedule — “Best of WrestleMania Main Events”.

Since then, Fremantle has unveiled the official cover artwork. Check it out: 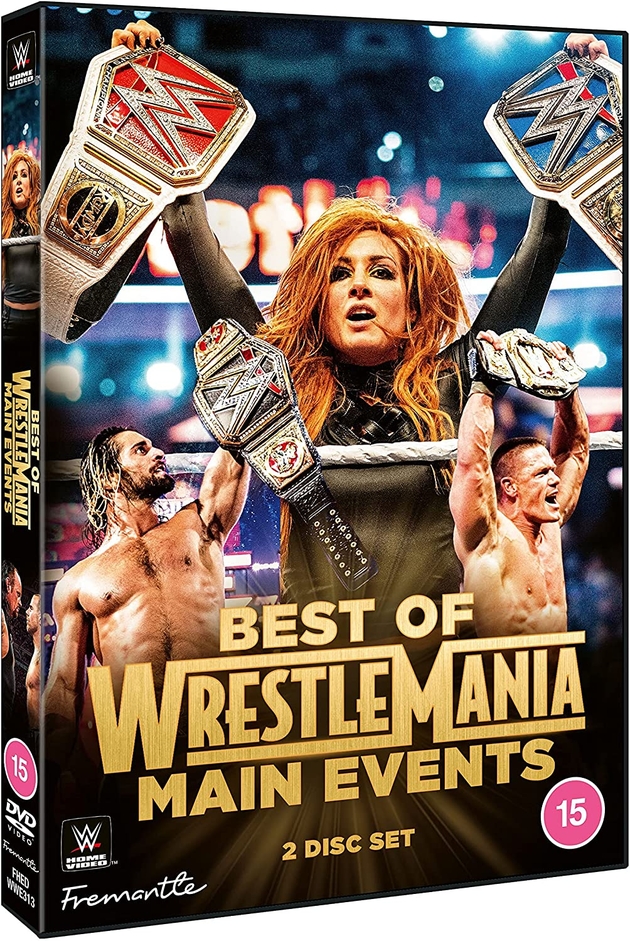 And now, WrestlingDVDNetwork.com can exclusively give you a first look at a few screenshots from the title even before the DVD’s release – firstly, the planned menu design: 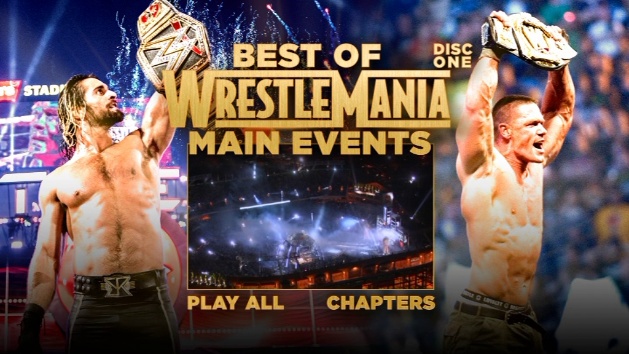 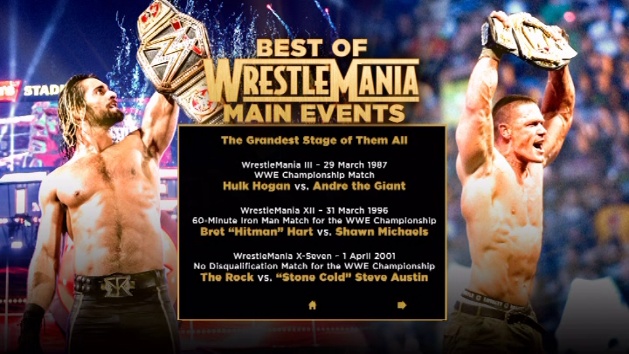 The biggest matches from The Show of Shows take center stage in this collection of the greatest WrestleMania main events of all time. 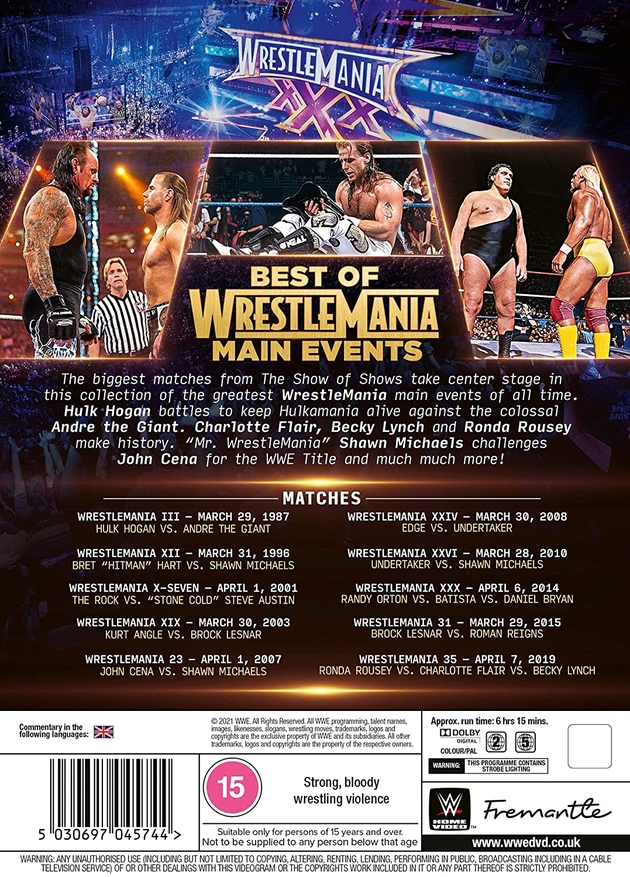 As we mentioned previously, “Best WrestleMania Main Events” was originally aired on the WWE Network earlier this year, hosted by Matt Camp. The physical DVD release will be a little different in that it will feature three extra matches; those from WrestleMania 12, 26 and 30.

The 2-disc DVD set is on the way for July 19th as an exclusive offering to fans in the United Kingdom and Germany. Pre-orders are available now here on Amazon.co.uk and WWEDVD.co.uk. 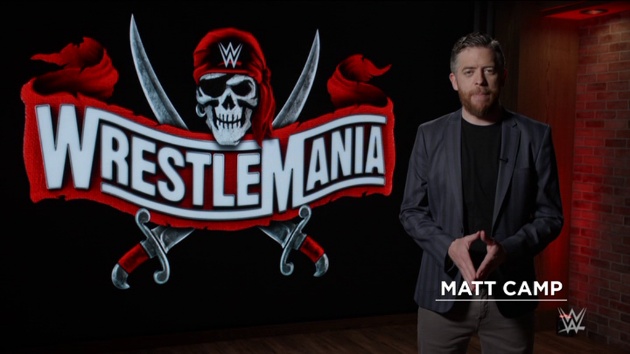 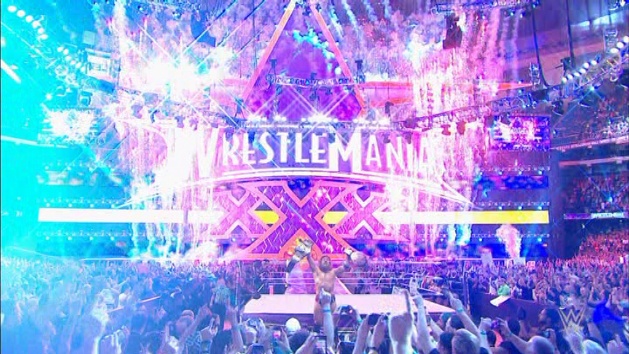 The artwork has been finalized for the Hell in a Cell 2021 DVD! A pre-order listing for Hell in a Cell, WWE’s latest Pay-Per-View, has now surfaced here on Amazon.com.

Can you spot the two Superstars featured on the spine art (shown at the end of this post)? 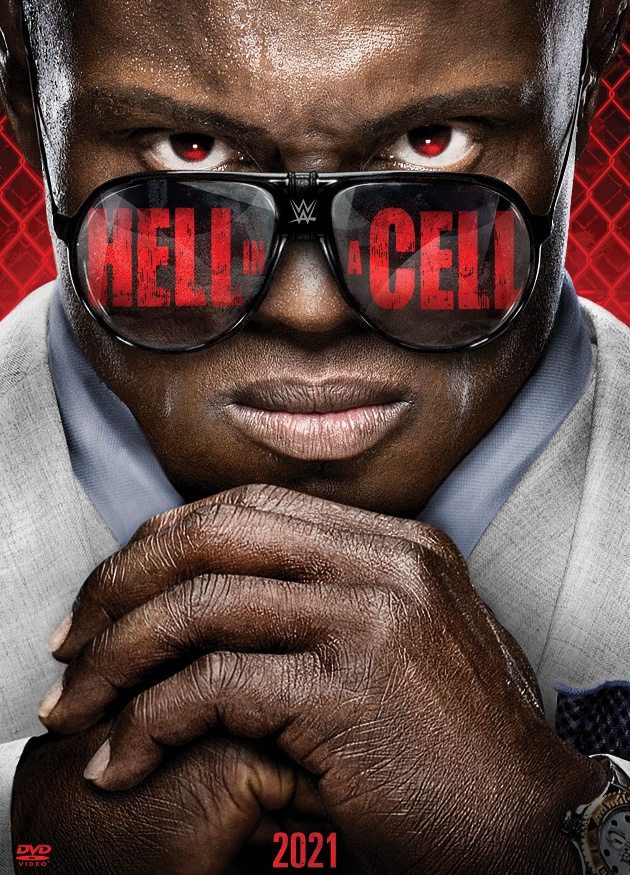 Trapped inside the ominous steel structure knows as Hell in a Cell, Drew McIntyre battles Bobby Lashley for the WWE Championship. If The Scottish Warrior fails to defeat the champion, he can never challenge The All Mighty for the title again.

Bianca Belair hopes to continue her winning ways as SmackDown Women’s Champion when she faces off against Bayley in the second Hell in a Cell Match of the evening. Two bitter rivals collide when Kevin Owens takes on Sami Zayn. RAW Women’s Champion Rhea Ripley defends her championship against Charlotte Flair.

Plus more! How will the Superstars of RAW and SmackDown fare when they go through hell? 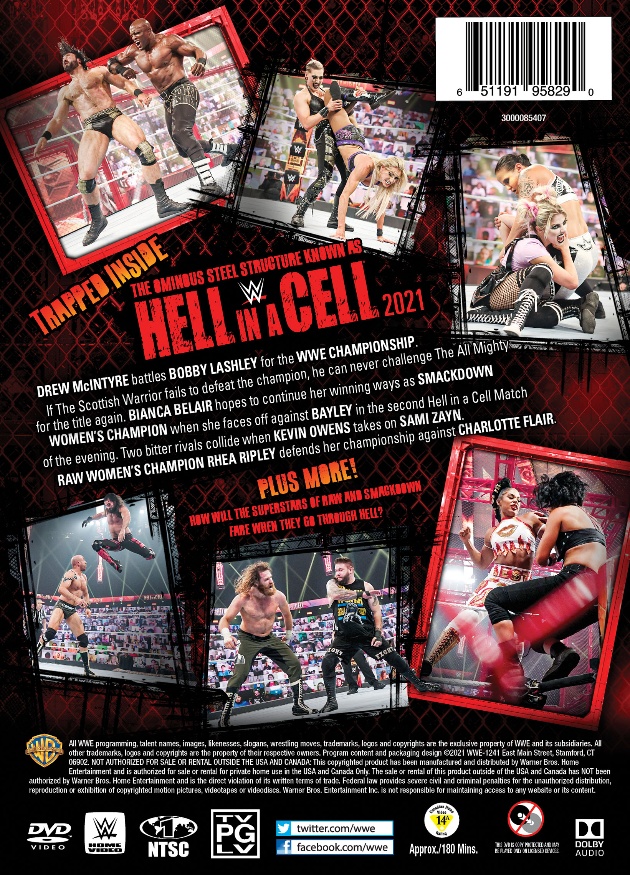 – United States: July 20th. Get your Hell in a Cell DVD here on Amazon.com.

– UK/Europe: August 9th. Pre-order the Hell in a Cell DVD via Amazon.co.uk. 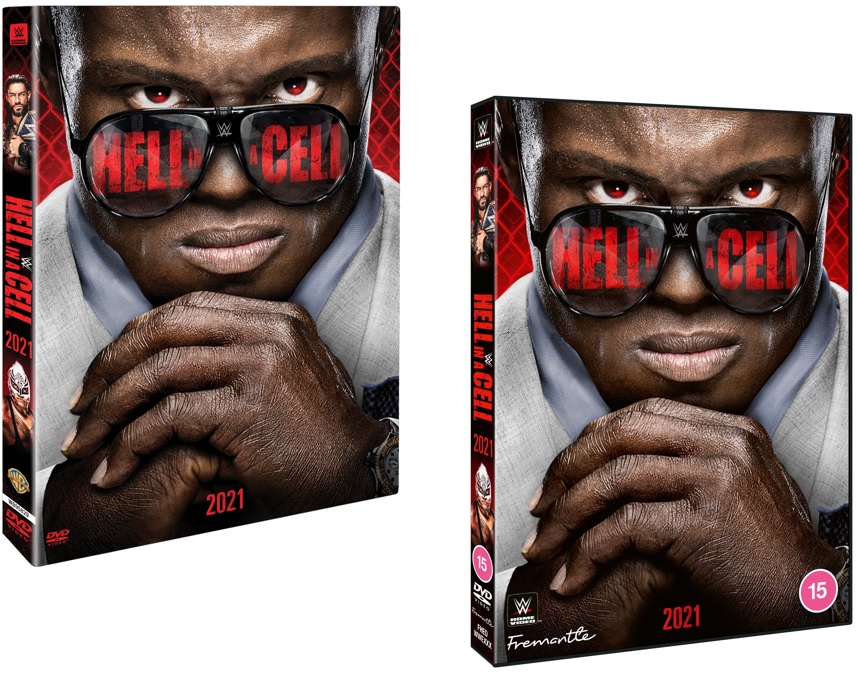