“Shock”, World Wrestling Entertainment’s Home Video distributor for Australia since way back in 2002, will no longer be partnered with WWE for DVD and Blu-ray in 2016.

All upcoming titles that were still being advertised for 2016 release as late as last week have now been removed from the company’s WWE DVD-themed shop site, WWEDVD.com.au.

EFFECTIVE FROM MARCH 31, 2016 – SHOCK ENTERTAINMENT WILL NO LONGER BE DISTRIBUTING WWE HOME VIDEO CONTENT IN AUSTRALIA AND NEW ZEALAND

The last new release on DVD will be Survivor Series 2015 released on January 4th in Australia and February 3rd for New Zealand.

Shock Entertainment will continue to sell their existing WWE back catalogue until March 31st and will be offering their loyal customers great discounts and free shipping within Australia on all stock available on WWEDVD.com.au. There will be prizes on offer as well for those who wish to take advantage of the huge savings for WWE DVD and Blu-Rays.

The partnership with WWE comes to an end just short of 15 years after the company, then Shock Records, was appointed the licensee for Home Video — a similar situation to that of 2012 when Silver Vision ceased distributing WWE videos in the UK after 20 years of service.

Right now, WWEDVD.com.au is offering 50% off any order made site-wide during January. 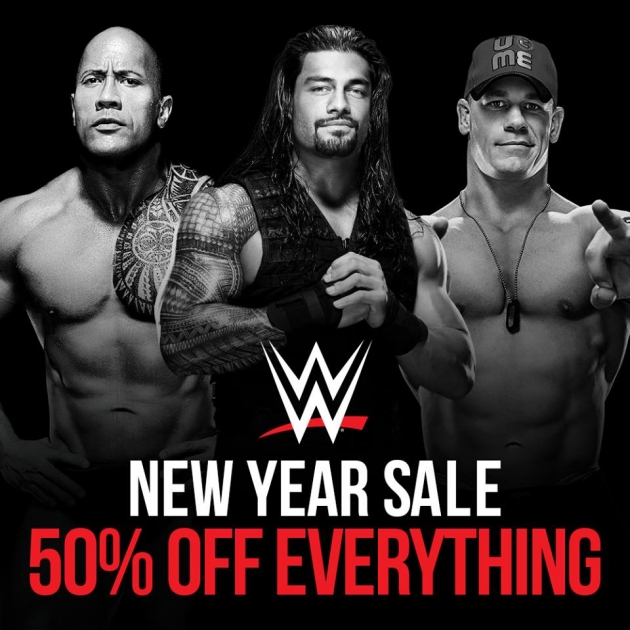 While Shock Entertainment will continue to sell their existing range of WWE DVD and Blu-ray titles until March this year, Madman Entertainment has been named the new Home Video distributor for the region and will be responsible for all new releases moving forward.

The company made it official with the following statement:

The first wave of products arrive in February, with TLC: TABLES, LADDERS AND CHAIRS 2015 and BEST OF PAY-PER-VIEW MATCHES 2015. ROYAL RUMBLE 2016 will follow in March, and more releases will be announced for subsequent months very soon.

“This is the perfect partnership,” said Tim Anderson of Madman. “Madman harbours many fiercely devout WWE fans and we feel we offer the type of culture and business manoeuvres that the global entertainment brand demands.”

Stay tuned for more news and announcements for WWE on disc and digital in early 2016.

This development has no bearing on upcoming 2016 WWE DVDs in other markets.

Below is a reminder of titles confirmed for release to the United States through March, courtesy of our WWE DVD Release Dates page. The UK’s release schedule will follow a similar pattern.