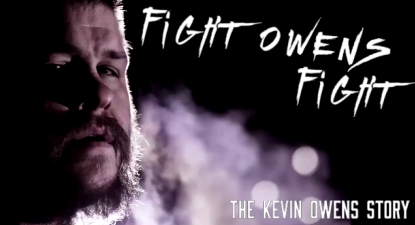 Heads up, WWE just revealed that Kevin Owens is coming to Home Video this year!

The 3-disc DVD release on Owens will be titled “Fight Owens Fight – The Kevin Owens Story”; a title that gives a very strong indication that this one will be receiving the documentary treatment — and since it’s a major biography offering, expect a Blu-ray edition too.

The news literally just broke so details are still scarce, however WWE has already unveiled this exclusive sneak peek video, confirming plans to release the Kevin Owens DVD in July:

Also unveiled today is temporary cover artwork for WWE’s first “Double Feature” pack combining RAW and SmackDown LIVE PPVs. It gives an inkling into the type of design we might see on the final artwork, and perhaps a hint at who could show up at this Sunday’s Fastlane PPV!

The “Double Feature: Elimination Chamber & Fastlane 2017” DVD can already be pre-ordered here on Amazon.com. It’s scheduled for release worldwide and it will be a 2-disc set. At this time there are no plans to put out the two events as separate, standalone DVD or Blu-ray titles.

Get a look at the first draft artwork and find the release date for your region below. 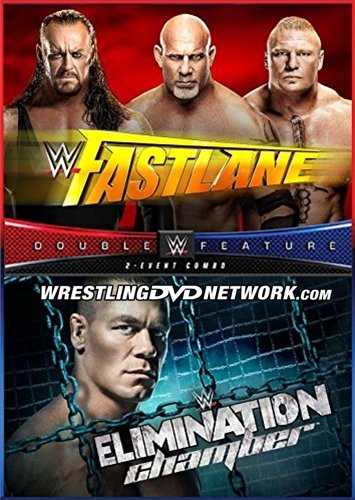 – Australia: April 19th. Your chance to pre-order the pack is now live at Madman.com.au.