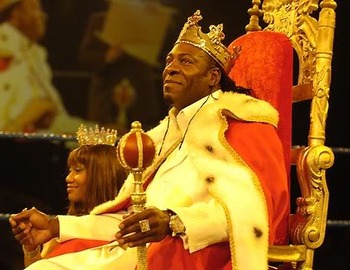 Booker T revealed on his Twitter account (BookerT5x) earlier today that WWE is going ahead with a new King of the Ring DVD release, and that he’ll be hosting it.

A King of the Ring themed DVD was first revealed to be under consideration at WWE back in May, when it was included on an in depth survey sent out to fans.

Yes new project? I’m going to host the king of the ring DVD later this month, you heard from me first. Tell what u think.

Yes I’m going to do it as the greatest king of them all KING BOOKAAAA!!!!!!!!

Sounds like he begins filming footage for it this month. Since there’s a host, it’s not looking like this will be an Anthology set but rather a “Best of” compilation.

When we get more info we’ll let you know here on the site.