A limited edition VHS of WrestleMania 31 will be produced and sold this year.

WWE has been known to treat collectors in the UK and Europe to an array of PPV exclusives in the form of Blu-ray editions over the past several years, but the news of a limited edition VHS version scheduled to hit the UK in small numbers this June comes as a shocker.

It has been close to a decade since the last VHS tapes were released by the company.

CLICK HERE or the promotional image below for all of the exclusive details! 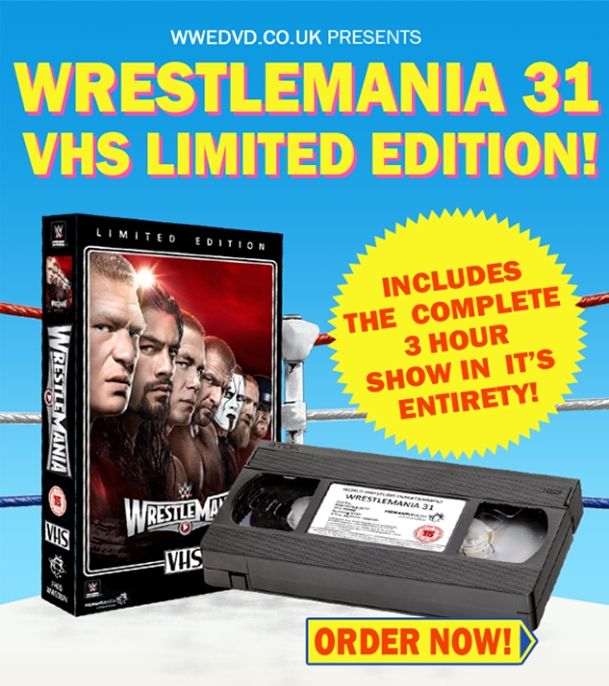 So, did you fall for that?

Would you have purchased a VHS for old times’ sake? Comment below this article.

As per usual, WWE will release WrestleMania 31 on DVD and Blu-ray formats.

Fans across the United States will get it from May 5th, fans in Australia also from May 5th, and lastly fans in the UK and elsewhere in Europe from June 1st via WWEDVD.co.uk.

The planned cover artwork (as of now), official synopsis and pre-order information for the WrestleMania 31 DVD and Blu-ray (not VHS!) where you are all follow below. 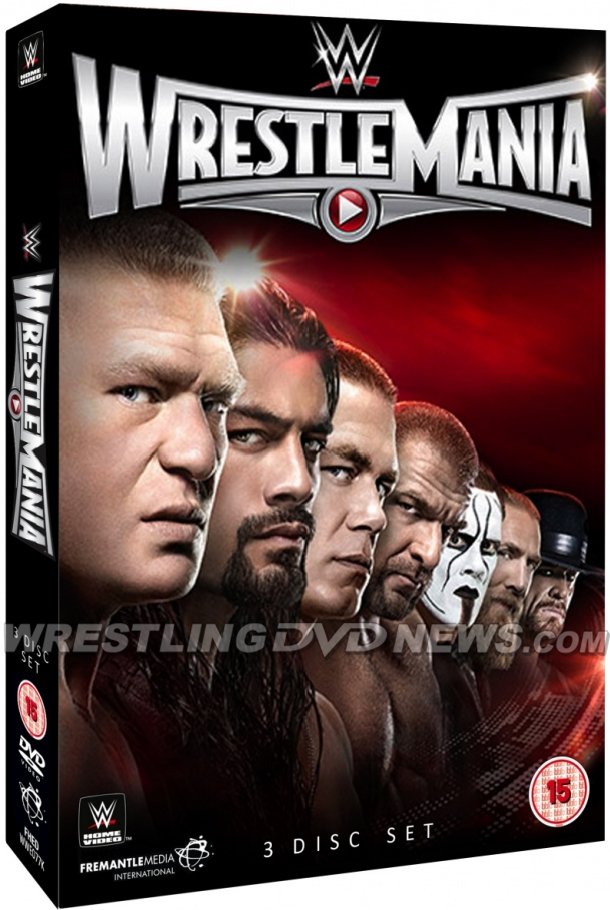 WWE heads to the West Coast for its biggest show of the year, WrestleMania 31! This year in the brand new Levi’s Stadium in Santa Clara, WWE Superstars compete to add their names to the list of WrestleMania legends.

Meanwhile John Cena looks to reclaim the US title from Rusev, Sting’s first ever WWE match against Triple H, Bray Wyatt comes face to face with Undertaker plus action from Daniel Bryan, Dolph Ziggler, Randy Orton, Seth Rollins, AJ Lee and many more! This 3 Disc set will feature all the action plus backstage footage AND the WWE 2015 Hall of Fame Ceremony!

Stay tuned, the extras list for the WM31 DVD and Blu-ray shouldn’t be far away!

Included in the extras of last year’s WrestleMania DVD/Blu-ray was the full Hall of Fame induction ceremony, the pre-show match, selected content from the “WrestleMania Today” shows broadcast on the WWE Network prior to the event, and more segments. 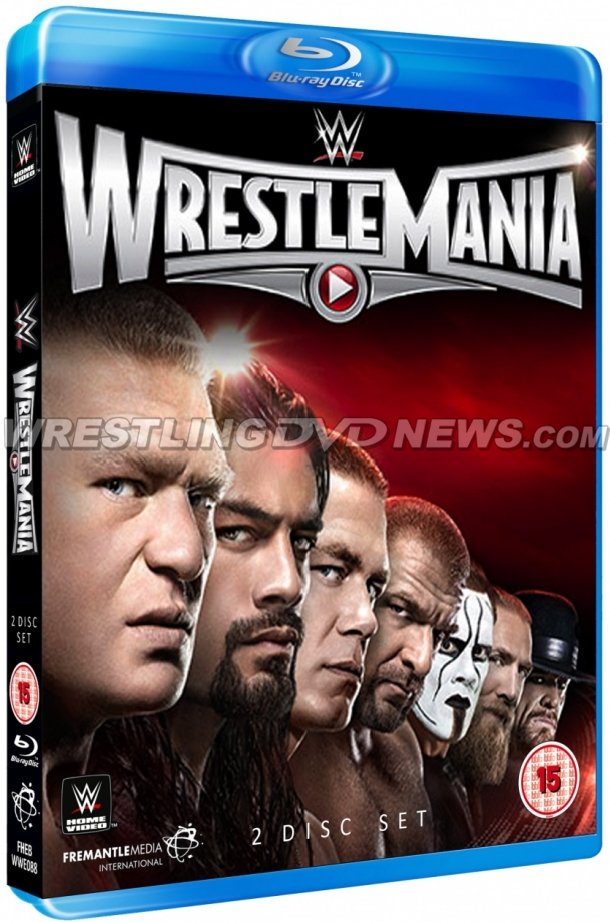 Pre-order WrestleMania 31 on DVD or Blu-ray (not VHS!)…