Ted DiBiase talks getting his tires slashed by fans.

Click here to pre-order Legends of Mid-South on DVD or Blu-ray.

Extreme Rules 2013 was released on DVD this week. Check out the official trailer.

Also released this week were the “Action Packed” WWE DVD and Blu-ray double packs available here on Amazon.com. Cesar Albino passed along the photos below which reveal that they can also be found in store. For example, at Walmart stores the DVD packs can be found on sale for $12.96 each and Blu-ray packs at $14.96 each. 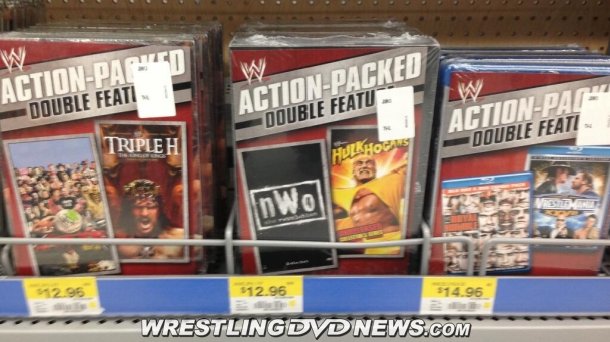 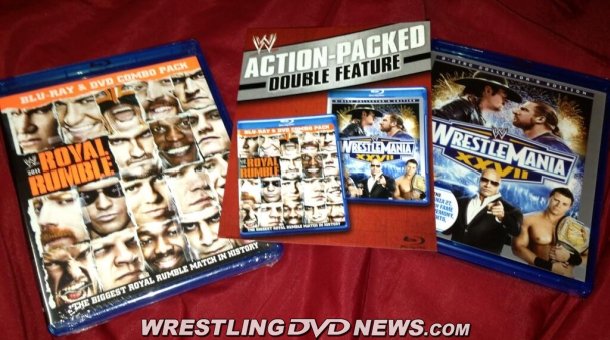 Some of you may remember seeing this insert included in WWE DVDs at some point in 2003. Aaron Carnevale passed this pic along and it gives an interesting look at what was the planned 2003-2004 WWE DVD schedule at the time.

As you can see there was a planned set for Kurt Angle which didn’t ultimately go ahead, nor did Best of Confidential Volume 2. The Rise and Fall of WCW did not get a release until several years later, and the same goes for The Rock’s match compilation. 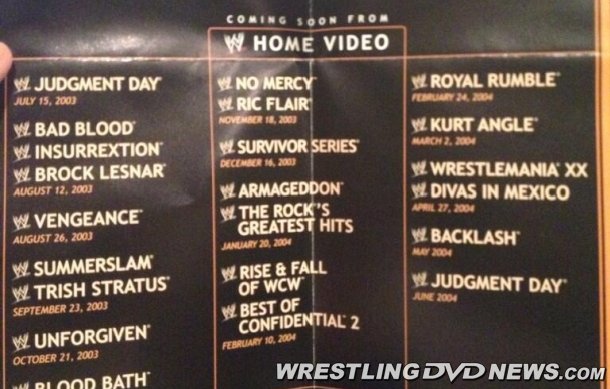 David sends word of another great WWE DVD special offer available at Ollie’s Bargain Outlet, that being the WWE 2005 PPV Rewind (all PPV DVDs of the year in a box set) for only $30.

This is probably part of the “WWE DVD Buyout” sale they have going right now. You may recall that FYE has also been selling this box set for a reduced price of $49.99 as of late. 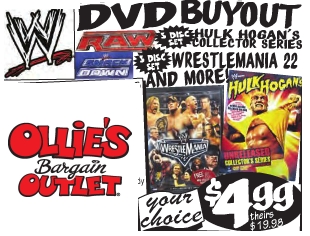 Today WWE.com has a photo article up looking at Coliseum Video tapes found in their offices. Thanks goes out to Dillian for letting us know. 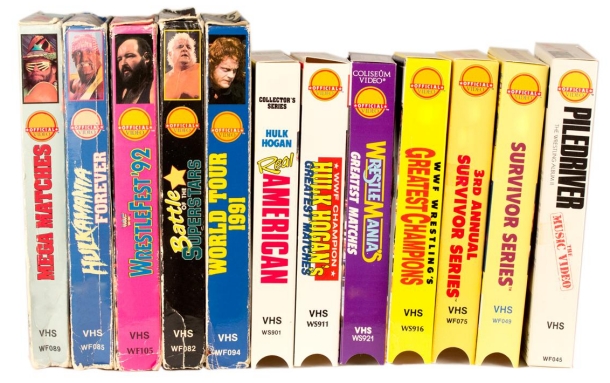 Thanks for supporting us in our transition into WrestlingDVDNews.com!

If you have an iPhone, visit our website in Safari and choose ‘Add to Home Screen’ in settings to get the cool WDN web-app for easy access to our news headlines. 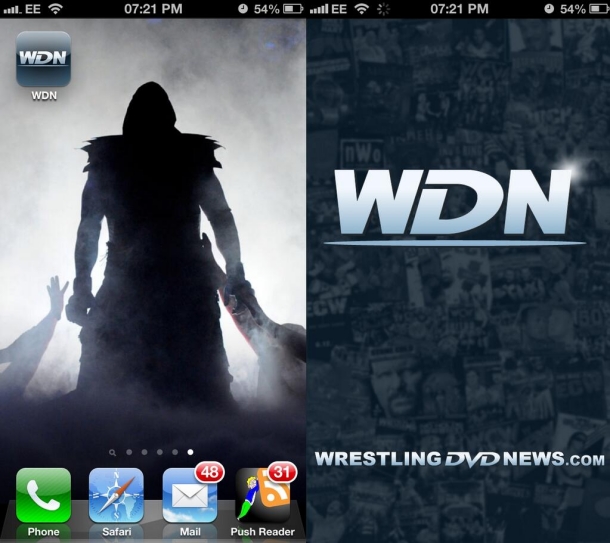