Here to watch is the new WrestleMania 29 DVD trailer, which has been airing on WWE programming as of late.

The WrestleMania 29 DVD and Blu-ray are available now in the US via Amazon.com, and hit Canada tomorrow through Amazon.ca.

Next month WWEDVD.co.uk will release WrestleMania to the UK and Europe.

Jim Ross has shared some more updates on the upcoming Mid-South Wrestling DVD in a recent blog entry. He confirms that WWE will be releasing the feature in September, as a 3 disc set. JR reiterated that the DVD will not contain a documentary as such, but will feature new interviews with stars involved in the promotion.

Some of the biz’ biggest stars will be highlighted when they were just getting started including the duo of the Bladerunners, Sting and Rock aka the Ultimate Warrior, young Rob Ricksteiner who became the incomparable Dog Face Gremlin Rick Steiner, the Midnight Express vs. Rock n Roll Express rivalry which was as good as it gets in tag team wrestling that I ever witnessed, and even some RARE footage of yours truly going to a Muslim Church with Muhammad Ali and my poolside interviews with “The Champ” at this LA home prior to him coming to Mid South for a Super Dome show, and SO much more.

Congratulations to @jericok, the winner of 4 WWE DVDs in our giveaway yesterday!

There’s another chance to win a prize tonight – during Monday Night Raw you can win a copy of the Best of Monday Nitro Vol. 2 Blu-ray. All you’ve got to do is follow us on Twitter (@WWEDVDNews) and any time during Raw tweet with hashtag #WINBLURAY. 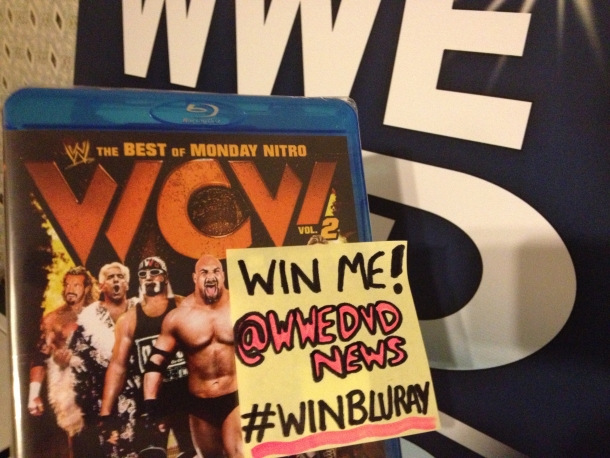 When Raw finishes we’ll choose a winner at random! Entry is open worldwide.

Linda McMahon shared some more photos on her Facebook of her spent time at WWE Studios last week, where she was interviewed for multiple WWE DVD projects. We speculate that these are the History of WWE and Triple H biography sets, which as you know are on the schedule for later this year.

Here’s a behind-the-scenes look at the interviews I did for some future DVDs. Such a talented team and a state-of-the-art facility. What an enjoyable day at WWE! 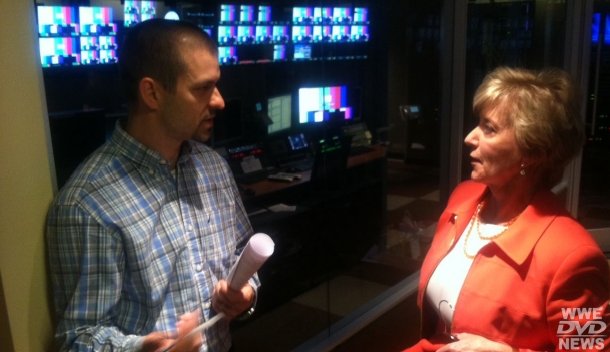 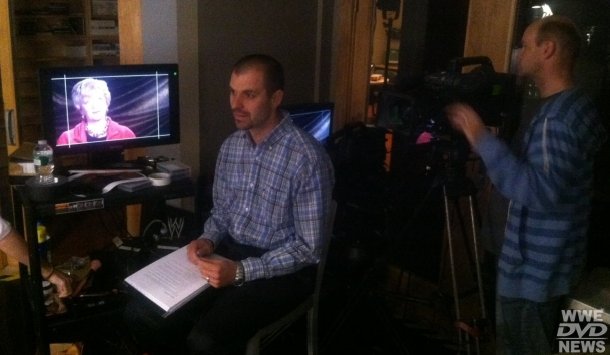