“Straight to the Top – Money in the Bank Anthology” hits stores today across the United States! [Get yours]

Facts to know: Red for DVD, blue for Blu-ray. All MITB Ladder Matches to date. Cash-ins only on the Blu-ray edition. 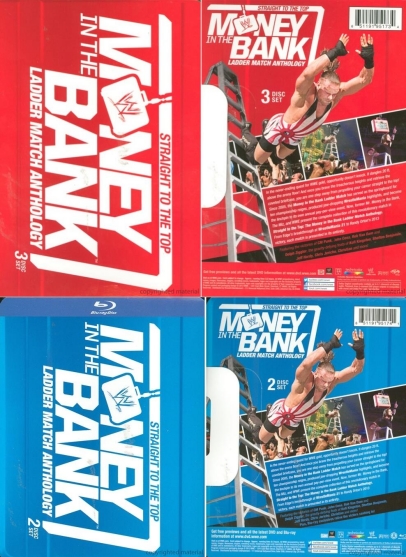 We’re giving away a free copy TODAY! Details on how to enter on Facebook are below.

– Worldwide entry is allowed.
– Winner selected at random from all entries.
– Entries close on October 29, 2013.

WWE has released these new preview videos of “Straight to the Top”. In one of the clips host The Miz talks about when he won the briefcase back in 2010.

As we reported yesterday, the Battleground DVD released next week will contain 5 extras. There were previously 6 extras reported but the pre-show match didn’t make it to the final product, at least for the US version. We can confirm those extras have a total runtime of just over 18 minutes. The PPV itself runs for 2 hours and 46 minutes on the DVD. 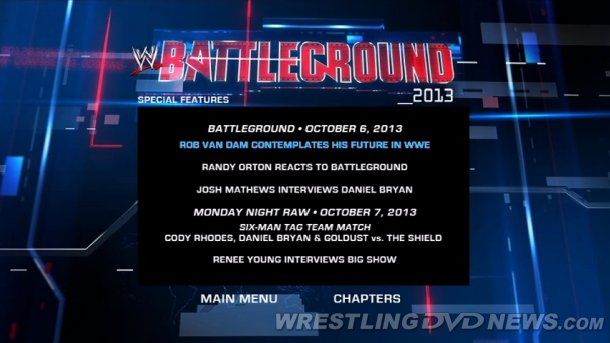 UK FANS: You have a chance to win tickets to a WWE show of your choosing on the upcoming European tour! Head over to WWEDVD.co.uk and look for the blue banner. There’s also free DVDs and Blu-rays up for grabs. Full details of the competition below.

In just over a week’s time WWE will be bringing the show over to Britain’s windy shores, and we’re offering you the chance to win a pair of premium tickets to a WWE Live UK event of your choice! All you need to do is sign up at wwelive.fandistribution.com and share the campaign with your friends.

Whoever gets the most sign ups to WWEDVD.co.uk before November 4th will win a pair of tickets to a WWE Live November 2013 event, and 10 runners up will win a WWE DVD or Blu-ray of their choice!

Check out this eBay seller auctioning off original copies of the WWF WrestleMania 15, 16 and 17 DVDs today. The auctions expire very soon!