Fancy taking a look at the cover of another upcoming WWE DVD release?

How about “The Monday Night War Volume 1: Shots Fired” DVD? If that’s a yes, you’re in luck because today here at WrestlingDVDNews.com we have that very cover art!

The mammoth 4 disc DVD set (3 disc Blu-ray set) will be packed with the first 10 episodes of the popular WWE Network series and a collection of matches and moments to compliment them. A new synopsis, revealed below with the cover, refers to the episode on Stone Cold Steve Austin as episode 4, so it’s possible the order is different for Home Video release.

“The Monday Night War Volume 1: Shots Fired” will hit stores on July 7th for fans in the United States. The DVD and Blu-ray is also scheduled to release to Australia in July and is expected to follow on to fans in the UK and elsewhere in Europe this August. 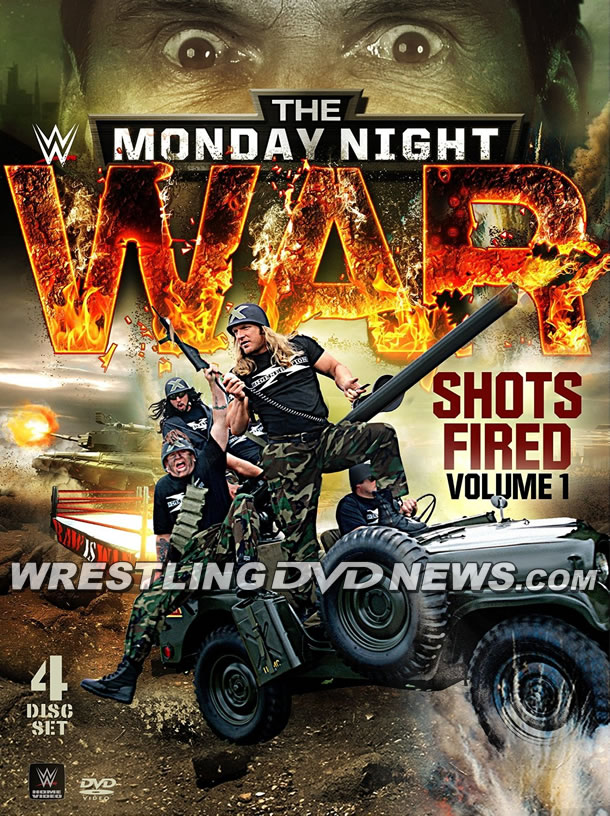 Two companies. One goal – to be the only name in sports-entertainment. This 20-episode WWE Network series delivers the in-depth stories of both Vince McMahon’s WWE and Ted Turner’s WCW, as they battle head to head in a primetime power struggle that forever changed the face of sports entertainment.

Speaking of covers, the artwork for “It’s Good To Be The King: The Jerry Lawler Story” was revealed yesterday. The US version cover art came through today – so take another look! 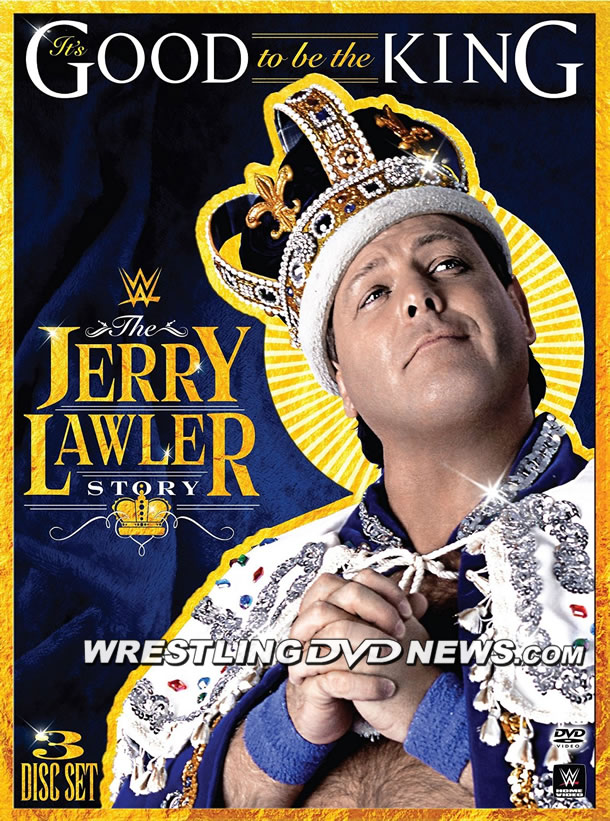