After a slow weekend, the WWE Network had a strong Monday. As the WWE Network Updates page shows, we had three pieces of original programming. This included the newest “First Look”, the latest RAW Pre-Show, and “SummerSlam Reckoning”, which was all about The Phenom vs. The Beast. In addition to that, we were also treated to a classic episode of Prime Time Wrestling from January 5th, 1987 — a nice bonus for us old school fans.

Speaking of bonuses for old school fans, don’t forget that we will be seeing more episodes of WCW Nitro dropping on the Network this week. Just how many we will see isn’t known exactly, but there’s at least two new ones incoming. The more the merrier and after several years of RAWs finished or nearly finished in the last month, it is a good time to be subscribed to the service. 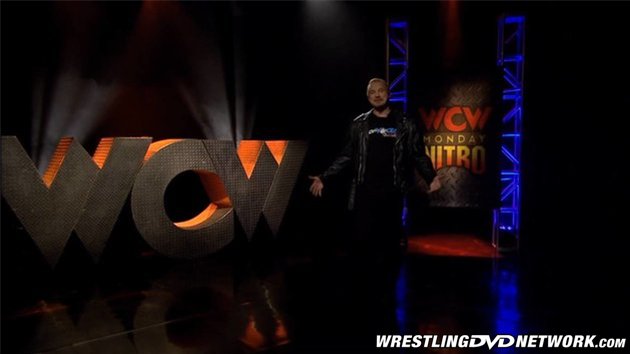 WWE have just released “The Very Best of WCW Nitro Vol. 3” on DVD and Blu-ray, which we have of course covered extensively here at WrestlingDVDNetwork.com and like most big releases, the Network has granted us a preview of the upcoming release in the form of the latest First Look. Due to the DVD release being a best of compilation, this First Look isn’t too impressive. In most cases we get an interesting interview or a portion of the documentary, but in a situation like this we pretty much just receive some clips of WCW matches with DDP introducing them.

That isn’t necessarily bad, especially as most of what they showed isn’t actually on the WWE Network yet. Also DDP makes a solid host. I would say this is one of the lesser First Look’s so far, but with the high quality they tend to put out, I wouldn’t say that is too much of a knock. Give it a watch as it is a short, fun look at some more WCW matches and moments. 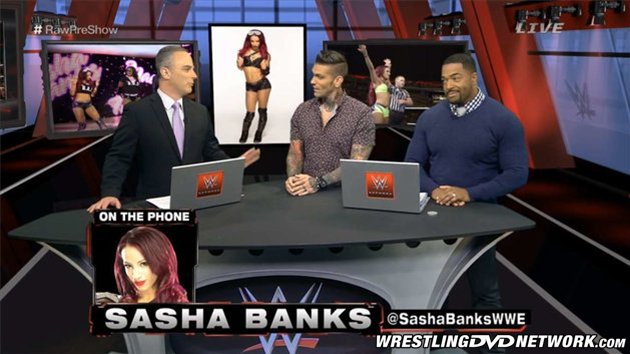 I’m a big fan of the RAW Pre-Show. I think Corey Graves, David Otunga, and Scott Stanford work well together and the set is quite nice as well. The one thing the show lacked for the longest time was importance. Sure, it was nice to get a preview of RAW and maybe a recap of recent happenings, but that is mostly all it had. But the show has evolved over the last year and a half to having a panel that is genuinely entertaining with established personalities and most importantly, the show is all about guests and call ins now.

Almost every week somebody stops by the studio or somebody calls in to talk shop with the panel. This week had the NXT Women’s Champion and one of the leaders of the Divas Revolution, Sasha Banks. I’m a huge fan of Banks as is pretty much everyone at this point, so having someone like her is a great score for the show. Definitely give it a shot at some stage, as the show is entertaining and at worst, makes for good background viewing of a Monday night.

SummerSlam Reckoning: The Phenom vs. The Beast 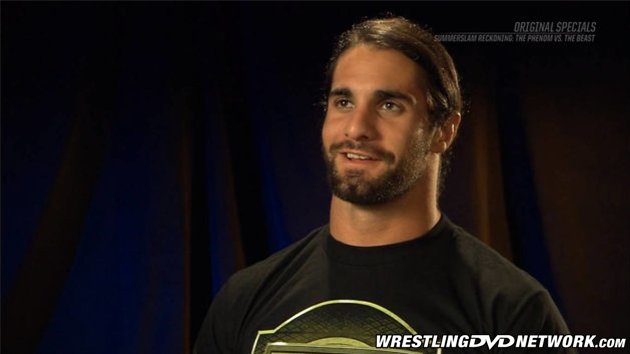 I’ll be honest, when I saw that SummerSlam Reckoning: The Phenom vs. The Beast advertised I was excited. Before SummerSlam last year the WWE released a similar video for John Cena and Brock Lesnar and it was incredibly well done. Both men, along with Paul Heyman, excelled in the sit-down interviews and it made their big title match even bigger. So needless to say, I went in with big and possibly unrealistic expectations because what we received wasn’t close to that prior.

This was just fine. It was clips of the Brock and ‘Taker feud with different talent occasionally chiming in with opinions. But that was it. It was just a twenty minute feature showcasing their feud and people discussing it briefly. That isn’t a bad thing at all and building the match and hype for the show is smart, but personally I was let down after such a strong showing last year. I won’t say skip it, as it is still a good program, but don’t go in with high expectations. 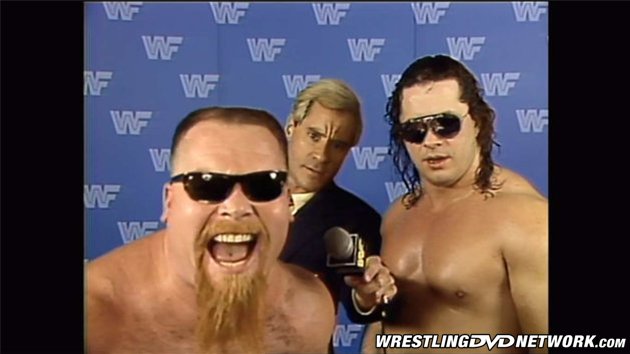 After a few weeks ago when an episode of Prime Time Wrestling aired and wasn’t added to the WWE Network archives, there was concern that this was potentially a new practice. Thankfully, it is not and it was just an oversight on their part. One that hasn’t been fixed still, might I add.

With that said, we received a new episode of Prime Time Wrestling, the first of 1987, a year that had the biggest WWE indoor attendance record ever at WrestleMania III and several important feuds. It also helps fill out some of the missing episodes as the Prime Time uploads are fairly unorganized. The show is good fun for fans of classic WWF action and this episode airing when it does is particularly interesting as there was a lot of Hulk Hogan hype and focus, celebrating his 1996 year. You can’t really avoid Hogan anyway, but WWE going as far as to display him as the graphic for the episode is intriguing. Perhaps this is a sign of them already lighting up on their stance.