Hi, I’m Jon. Over the coming weeks, I’ll be taking you on a journey, reviewing the “Hidden Gems” that the WWE Network sees fit to upload every Thursday. This can include everything from untelevised matches all the way to lesser-known TV episodes and even full “house show” cards! What has the WWE Network graced us with this time? Let’s take a look!

Generally speaking, the weekly gems either stick to a theme or are timed to commemorate an occasion. This time, it’s kind of both as not only does the content share an ECW theme but the timing also fits perfectly with the upcoming Extreme Rules PPV emanating from Philadelphia this coming Sunday. In total, two “dark matches” (contests that took place for the live crowd only) have been uploaded today, both focusing on ECW legends before their extreme careers really took off. In fact, both took place while the “E” in “ECW” still stood for Eastern, as this week’s offering rolls back to 1993 and sees The Tazmaniac (Taz) taking on Skippy Taylor (Scotty 2 Hotty) before Scotty then faces off with Sabu. These bouts took place at Wrestling Challenge and Raw tapings respectively. With all of that said, on to the review! 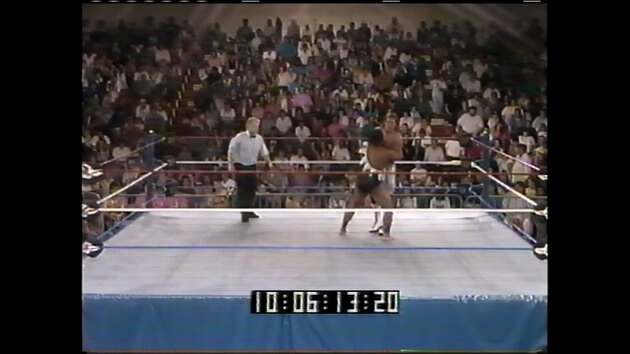 Name: The Path of the Suplex Machine

Thoughts: I’d be remiss if I didn’t acknowledge the elephant in the room with this match. It was indeed released as part of the “WWE Unreleased 1986 – 1995” DVD set from 2017. However, it should also be noted that the Network version seems to be around 35 seconds longer at 5:15. So, this upload could be argued to be the “definitive” version. Take that for what it’s worth.

As is standard for dark matches, this was recorded with a single, set camera. Because Hidden Gems tends to upload very raw footage, (no pun intended) we even get to see Mike McGuirk entering the ring before her introductions. The Tazmaniac is still going full bore with the “wild man” gimmick here, while “Skippy Taylor” looks even more generic than his “Too Much” tag team days.

Oddly enough, despite “The Tazmaniac” supposedly being a crazy character, none of that is really shown here as we start things with a tie up before the future Taz gets backed into a corner. Taylor continues his offense with a series of arm wringers that are eventually countered into the kind of overhead throw that would make the “human suplex machine” famous in the years to come.

Things seem to be picking up as “Skippy” counters what looks to be a back body drop with a flip and starts to gain some momentum. It doesn’t last long though as The Tazmaniac most notably hits a good looking T-bone suplex. Unfortunately, it all comes to a screeching halt with a resthold soon enough. Taylor does try to get the crowd behind him but that’s quickly halted by another suplex variant. You’d think that would warrant a pin but the “savage” from Brooklyn decides to go for a slam and another wear down hold for some reason. At least the “wild man” finally showed a somewhat wilder side with a “bite” to his opponent’s head. At least I think that’s what it was, this isn’t the best footage for picking out the finer details.

Heading into the home stretch, momentum goes back and forth, with a hard clothesline catching Taylor but with The ‘Manic being caught out attempting a top rope maneuver. Eventually, though, the future FTW Champion hits an overhead belly-to-belly for the pinfall victory. Taylor is then thrown out of the ring for good measure.

There really isn’t too much to see here. It was obviously designed to be a showcase for the Tazmaniac but the problem is that he doesn’t particularly show much character in an era where the McMahon circus of colorful characters was still in full effect. I guess you might get something from it if you haven’t seen Taz before he became a quasi-MMA machine but then again, the ECW library is already so well represented on WWE Network that there’s more than enough footage from that phase of his career. A C grade at best. 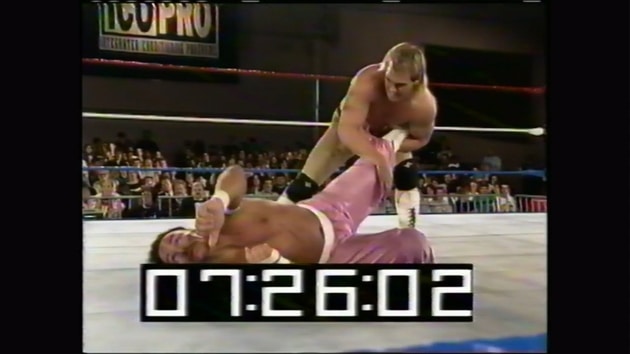 Thoughts: Thankfully, this match makes full use of the same dynamic, multi-camera setup as an episode of Raw from the time. It really does help add more energy to proceedings. Speaking of energy, if you take what I said about Taz above and reverse it for Sabu, that sums up my feelings here. Sabu really does come across as a lunatic here. He slides into the ring aggressively and repeatedly lunges at his opponent from the outset. Taylor really deserves some props though, as even his attempts to keep the homicidal one down feel more like the desperate grabbing of a limb and restraining of a human bucking bronco rather than just your average rest holds.

And make no mistake, Sabu makes the most of his opportunity, including a unique move where he uses his entire body to choke Taylor over the top rope, followed by his signature over the top leg drop. Of course, how could a showcase match for the chaotic nephew of The Sheik be complete without including a portion outside the confines of the ring? We get that too. including a middle rope somersault where the insane high flyer catches his feet on the metal guardrail. In truth though, I think this match works so much better because of Sabu and Taylor meshing so well. It’s easy to forget that Scotty was one of very few light heavyweight standouts during its very brief heyday and this dark match brings out some early flashes of his light heavyweight skills. The biggest highlight from Taylor for me what looked like the setup for an ax kick but instead ended as a running senton. I know that sounds bizarre but it looked quite impressive and got an appropriate awed response from the crowd.

Of course, Sabu gets control heading into the finish and it wouldn’t be a match with the “homicidal, genocidal, death-defying botch machine” if things didn’t go a little haywire. First, he goes for a pin but changes his mind before the referee can even count to one, then he attempts something that looks like some kind of weird amalgamation of an arm drag and a snapmare. Unfortunately, it’s executed extremely clumsily. finally, things are wrapped up with a sloppy, middle-rope moonsault.

All things considered though, I still rate this a little higher than the previous Tazmaniac match. Everything felt a little more urgent and both athletes brought the best out of each other (even if there were rough edges). Add in the fact that this video had higher production values with multiple cameras to better catch the action and I’d go with a C+ grade.

Thanks for joining me for the inaugural edition of our WWE “Hidden Gems” review series. Feel free to leave constructive criticism in the comment section below and I’ll see you next week!