Following the sad passing of Harley Race a little under 2 weeks ago, the pro wrestling world was in mourning. And for all of the kind words and fitting tributes that poured in, perhaps there was no better way to honor the man than to relive some of his greatest moments. However, the latest hidden gems took things a step further and rifled through WWE’s immense video library at short notice to bring us half a dozen curiosities that have either never previously seen the light of day or gone mostly unseen since their original airing. Please note that I won’t be including any kind of grades on this occasion as it wouldn’t feel appropriate considering the circumstances. With that said, let’s take a look at some rarities from the career of the 8-time NWA World Heavyweight Champion! 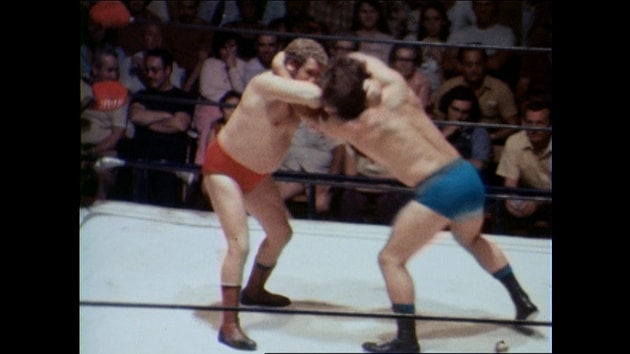 Thoughts: While I’m going to mention this for this first video, you can pretty much class it as a statement attaining to most everything else (bar the last bout) reviewed here too. This is not a full match and is instead greatly reduced highlights. That may be egregious for the completionists among us but it becomes more acceptable to me once you consider that until Hidden Gems began truly opening the vault, the Championship Wrestling From Florida library was known to be fragmented and little of it was floating around (besides low-quality YouTube uploads) compared to other territories. So any morsel should be cherished.

This particular snapshot from history is very interesting as it takes place while Harley was still solidifying his position as a main event player in the NWA. He had only held the World Championship once at this point, reigning for just 2 months the year prior and would have to wait nearly 4 more years for his second run at the top.

As I alluded to above, the condensed nature of the video doesn’t allow for a true narrative to develop. In large part, these 8 minutes boil down to signature spots and the more frenetic exchanges between the 4 men. While that does make it all a little more engaging on a superficial level, it doesn’t serve as the best example of the 1970s style as a result. Still, I’ll never turn my nose up at the chance to see legends in their prime (especially Gerald Brisco pre-stooge) and even a fleeting glimpse like this still offers a terrific atmosphere. 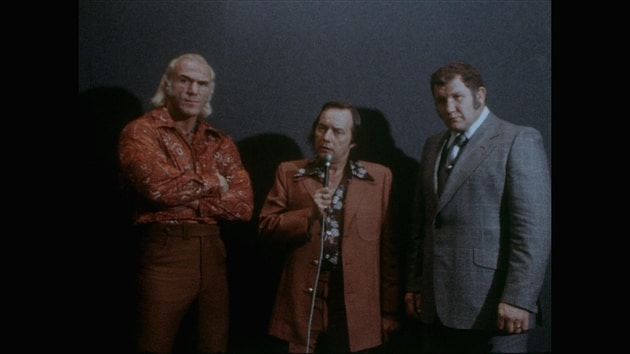 Thoughts: This is another occasion where the Hidden Gems curator deserves credit. The footage from the bout itself is taken directly from CWF TV and has a runtime of 7 minutes. They could have released that on its own and most would have been satisfied. Instead, we get to see some of the hype for what was a legitimately huge deal at the time. This includes several minutes of the contract signing/press conference and a face-to-face interview between the two champions mediated by Gordon Solie. These additions go a long way in conveying the importance of events to the modern viewer and add greatly to the overall experience.

Unfortunately, the match footage itself is significantly hampered by its brevity. When you start with a 2 out of 3 falls match that ended in a 60-minute draw, only to strip it down to 7 minutes, you’re only going to get the bullet points. In this case, that means the homestretches of the first 2 falls and the closing moments before a draw was declared. That’s not to say that what we get isn’t awesome to see. The crowd is raucous and it’s fairly obvious that the fans in attendance were treated to a true war of attrition as both champions end the bout flat out exhausted. Plus we get a glimpse of Gorilla Monsoon as co-referee (the two officials from the NWA and the WWWF split their time in the ring as a gesture of fairness). The package as a whole is worth watching for fans of the era, just don’t go into this expecting an uncompromised broadway as we saw with Valentine and Backlund’s ’79 classic from this past February. 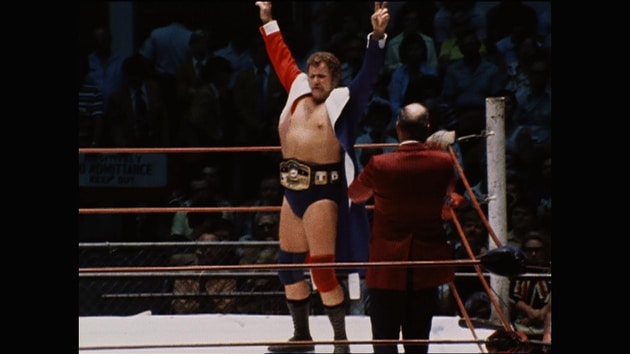 Thoughts: We nudge along by a little under 7 months now and Harley has just celebrated a full year in his second reign as NWA World Champion. Moreover, he’s defending his title here against the man who ended his first run so abruptly – Jack Brisco.

In a funny little moment to start things out, Jack Brisco immediately goes on the offensive, throwing the champion over the top rope. Faced with an instant disqualification, the referee says “screw it!” and has the ring announcer declare that the bout is now a ‘no DQ’ affair. Seems rather biased toward the challenger to me, but I guess the audience didn’t pay to see a 30-second main event.

While the editing fairies have been at it again, we do at least get longer unclipped stretches throughout the 12-minute runtime. This helps to demonstrate the slower style I mentioned earlier, as we especially get to see Jack tie his opponent in knots. Perhaps more important seeing as we’re here to honor Harley Race, we’re treated to an uninterrupted final 5 minutes. This means that we see Race in all his glory as of the incumbent heel titleholder, doing all he can to just maintain his grasp on the gold as the challenger hits him with everything they have. It’s terrific selling and pushes the story that the champ barely held on for the draw. It’s masterful work that builds up the crowd to the frustrating stalemate. 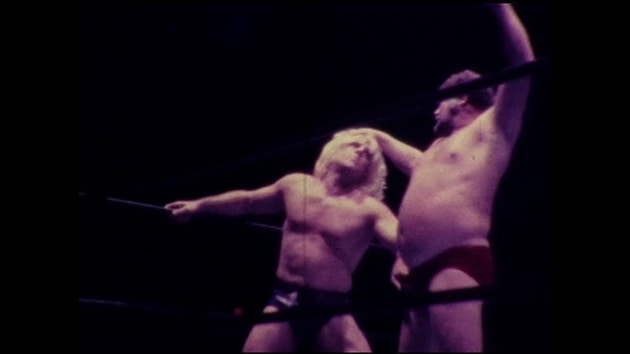 Thoughts: November 1980. A time when Ric Flair was still a rising star and 10 months away from his first World Championship victory. At this point, Flair was in the midst of his 4th reign as NWA United States Champion, making him the default top contender to Race. What we get here isn’t quite “The Nature Boy” firing on all cylinders though. But it is a fascinating look at Ric just before he reached the mountaintop.

With around 8 minutes of film highlights and a soundtrack that’s barely holding itself together, this is the kind of release that WWE wouldn’t even consider releasing on DVD or Blu Ray. In the past, it would have been relegated to a B-roll cameo in a documentary. I’m thankful to see it made public now though as the edits are careful enough to allow for a coherent story to be told. The wiley veteran Harly takes control early, only for Flair to begin to rally as he edges closer and closer to victory. As the official description says, the crowd are white-hot here, which is amplified as the intensity grows and the challenger’s frustrations boil over. While not THE night for Flair (records show that he suffered a count-out loss) it wouldn’t surprise me if this was one of the reactions that sealed Flair’s fate as the next longterm top guy. It’s well worth the watch, if only as a prelude to what would become the Starrcade main event 3 years later, 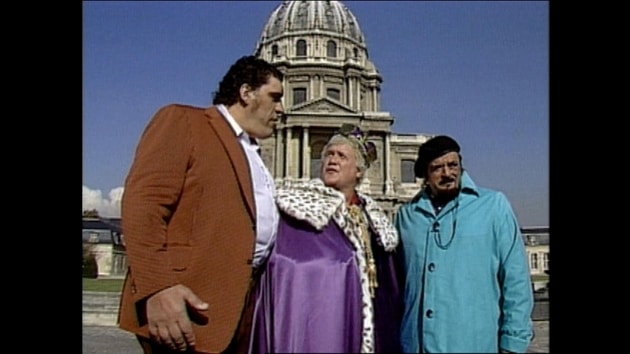 Thoughts: There’s not much to say about this one, It’s 2 and a half minutes long and does exactly what it says on the tin. We get multiple takes of Harley Race, Andre the Giant and Frenchy Martin discussing Napoleon’s tomb. The skit was presumably filmed for TV or a Coliseum home video. It’s harmless fluff but I did at least get a chuckle out of Andre initially defaulting to fluent French and realizing halfway through. Not essential viewing but you can’t go wrong with something so brief. 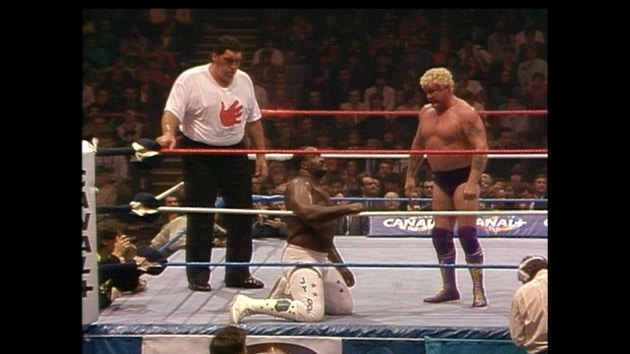 Thoughts: Finally, we come to our ‘main event’ for the week. Not just because it’s the last in this batch of 6 but because it’s the only full match offered. Oddly, we begin with the “presented in as complete a form as possible” disclaimer but the 23-minute video appears to be completely intact with zero dubbing. Although this comes from a TV taping, there is no commentary.

The match itself is far from a classic but that’s to be expected when you put an aging Harley with JYD, who was never known as a great in-ring talent, to begin with. But the real story here is the special guest referee. Andre and Harley were stablemates of the Heenan Family at the time and the giant plays favorites in the most glorious and blatant of ways. He has no issues with chastising Dog for even the most standard of moves and doesn’t think twice about throwing his ally’s opponent to the ground, In fact, the result comes after Andre kicks JYD in the stomach (and out of the ring) for daring to hit his signature headbutts and then awards the match via DQ to his fellow family member. Astonishingly, the French crowd ferociously boo their iconic countryman for this behavior throughout, which would be practically unheard of today.

While this match may not be a “gem” in the way that some use the term, it does put the spotlight on a prime heel Andre in front of a loud, receptive crowd that elevates the whole thing up a couple of notches and makes 20+ minutes fly by.

Overall Thoughts: Make no mistake, this is not a selection of full, epic matches with legitimate historical significance that were lost to time. These 6 videos are not on the same level as other weeks where we have been blessed with 5 hours of raw footage from the 1986 Crockett Cup or 2 full Great American Bash tour events. But these are 6 snippets of history that give a brief cross-section of a storied career via footage that isn’t just the same old repeats. Sometimes that’s enough when pro wrestling fans want to look back at a beloved icon.

I want to make it clear that I’m aware of the Sunday Night Slam TV special upload from August 1994. However, its appearance was extremely subdued and not officially promoted as a “hidden gem” by WWE.com. So, I’ve elected to keep it in my back pocket as a bonus for a dry week in the future or next year’s SummerSlam season. Thank you for understanding. As always, it’s been fun to see what the WWE archivist has seen fit to release. I look forward to going on the journey with you again next week!