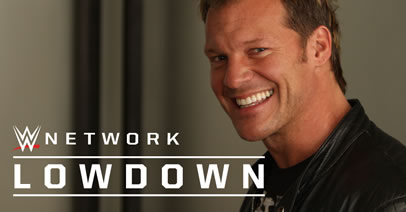 This week was a really big week for the WWE Network – not only did we have a PPV, but also seven brand new shows (that’s more than 5 hours of new content!).

So, in today’s 21st edition of WWE Network Lowdown we’re going to give you all the ‘lowdown’ on these new shows and look forward to the coming week of WWE Network-ness.

The late 90s was prime time for: trashy, racy and edgy programming. WWE was living it up in the midst of their “Attitude Era” and in the wider society there was somewhat of an attitudinal switch with the rise of other trashy TV shows, like one of the hottest – The Jerry Springer Show.

In looking for a host for a show of trashy WWE moments, is there a better one than Springer? 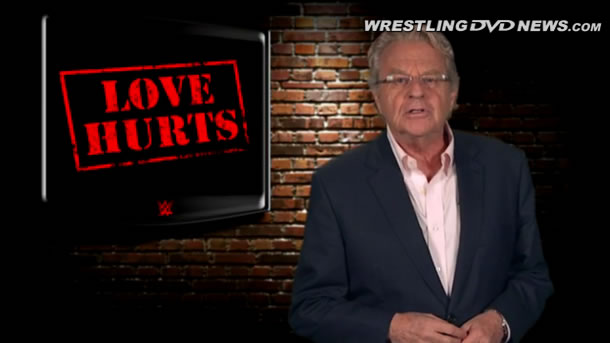 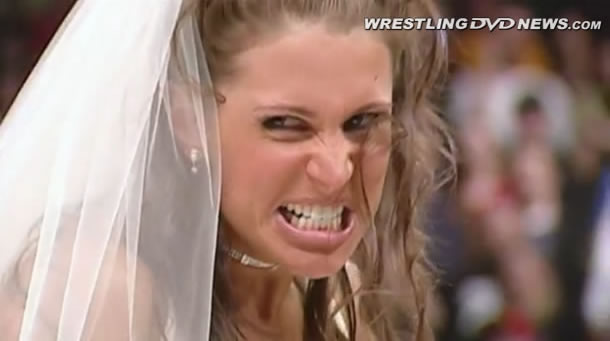 The show itself featured clips of ‘romance’ based story lines packaged together with a voice over narrative from Jerry Springer. Some of the stories featured included: Triple H & Stephanie, Marc Mero & Sable, Mark Henry & Mae Young and Dawn Marie & Al Wilson, amongst others. The show actually turned out to be a pretty fun watch and was a great way of re-purposing classic clips (which we have seen countless times) into a whole now presentation. I’m looking forward to seeing another episode. — Mark

Let’s call it what it is – 10 minutes of Renee Young and Seth Rollins sitting down to have breakfast and basically just shooting the sh*t. And that was very refreshing.

Don’t know about you, but all of the wrestling content on the WWE Network can get a bit overwhelming and I think new style programming like this gives us a much needed break.

I’m looking forward to future episodes of Unfiltered. Renee’s likeable as per usual, as is the relaxed “anything goes” tone to the show. Ideally they’d go longer than 10 minutes and ideally they won’t just be interviews with celebrities going forward, but I’ve got high hopes. — Daniel 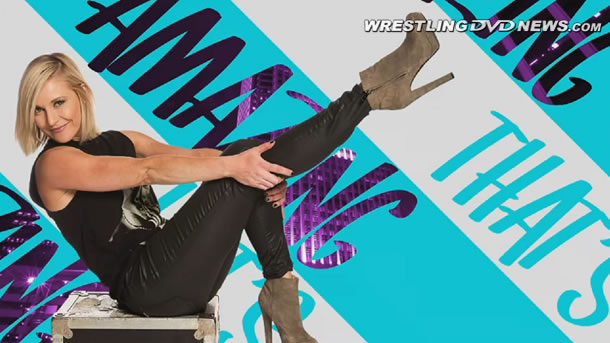 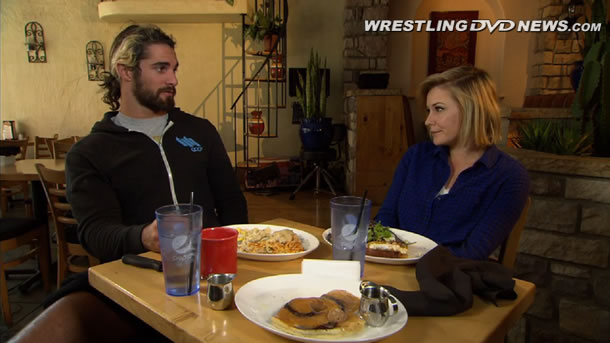 King of the Ring

With very little notice and build (and I mean VERY little notice), WWE announced and put together a live special to fill the gap of live Tuesday night wrestling, left after Main Event’s hiatus – and to fill that one hour block WWE looked to the King of the Ring tournament.

While I liked the tournament itself, and the thought process behind giving us more live wrestling – after all that is the reason why most people subscribe to the WWE Network – it all felt very rushed. In an ideal world it would have been great if WWE took some time to build up the tournament and maybe even spread it across two or three weeks – thus giving us even more live wrestling content – but hey, it’s done.

From what we have heard, this won’t be the only live wrestling which we will see on Tuesday nights going forward, so let’s see what the future might hold… — Mark 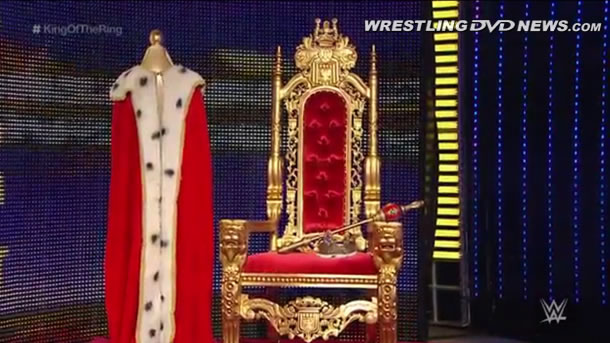 Mick Foley “Have a Nice Night”

Have a Nice Night, served as a special one hour lead into Mick Foley’s one man show – Cheap Pops (which Daniel will be looking at next). Have a Nice Night was presented by Byron Saxton and a flannel clad Renee Young. Byron and Renee took us though a nice collection of classic Mick Foley segments and clips from his recent WWE DVD. 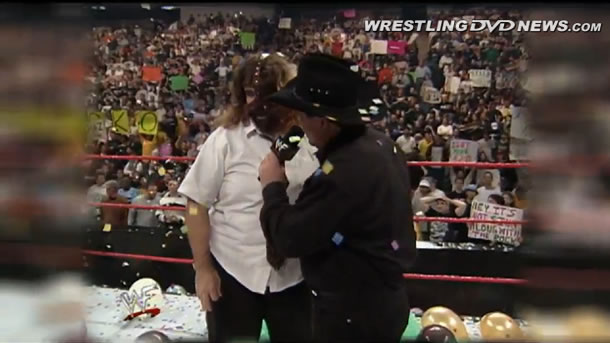 Some of the classic clips included: the birth of Mr Socko, Mr Socko’s “Happy Birth-Place” celebrations, the three faces of Foley and “This is Your Life”.

While the show didn’t really offer anything too groundbreaking, Renee and Byron have a great rapport with each other (which as a viewer is fun to see) and of course watching a bunch of Foley classics is never a chore. So all in all this was a fun lead in to Cheap Pops. — Mark 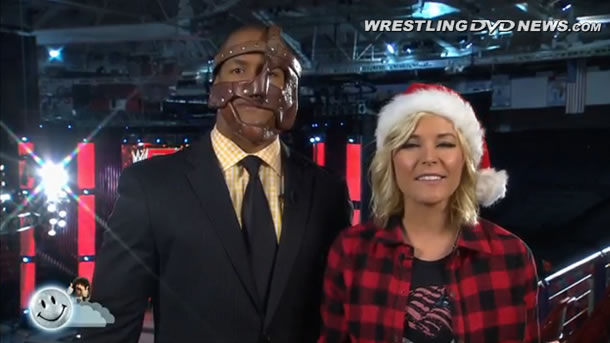 It seemed like forever since the prospect of one of Foley’s stand up shows being on the WWE Network was made known, but we finally got it with Cheap Pops. They even went all out and filmed a new one especially for the Network rather than simply air the older one they had.

The show itself, just like Unfiltered, was very refreshing. In fact it made me want to fire up the WWE Network app especially to give this a watch – for me, not a lot of the content does that. This was the first I’d seen of a Foley show and I think I’ve always avoided watching any clips on YouTube and the like so that I could watch a show in full one day, maybe even in person, but this special came first. Here was my chance and the hour flew by, providing a lot of laughs.

If I reveal here the stories Foley tells, his style of humor, or other bits of the show content I would say that risk spoiling things for you, so just check it out! — Daniel 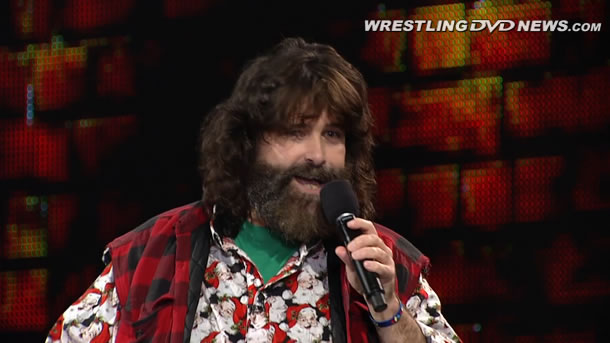 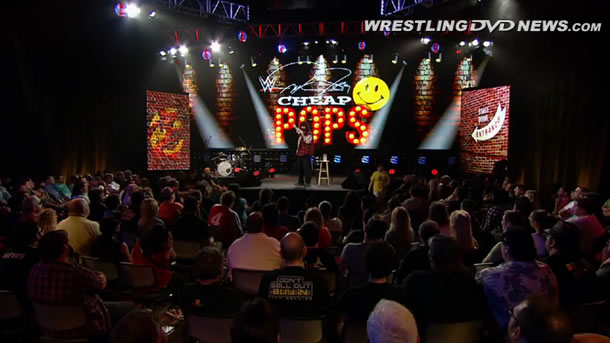 No, he’s not Steve Austin. But he’s Chris Jericho, damnit! This podcast is like The Highlight Reel come to life. Did Stone Cold have a talk show on WWE TV? Nope. 😉

I particularly enjoyed this latest edition featuring Stephanie McMahon. She frankly made for a more interesting interview subject then Cena, although the first episode was a gooden too. Maybe that’s because of Jericho and Steph’s history in the company, their chemistry on-screen, or the fact that an open style interview with Steph of this kind is rare thing.

For me, a lasting thought after watching this one was Shane McMahon. It was nice to hear some discussion of him (also a rare thing nowadays) and I’d like to think that it’s possible one day, somehow, to get Shane O’Mac on this very podcast. — Daniel 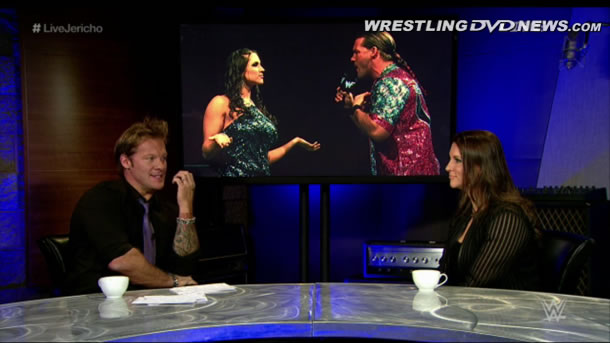 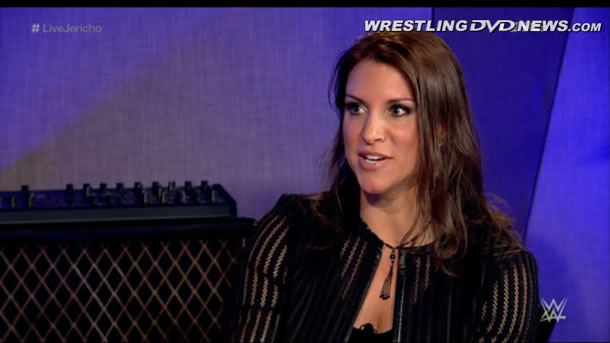 In addition to all the great content we are looking at here, there was also a bunch of other shows and specials added during the course of the week. Here is a full rundown of all the other shows added to the WWE Network during the past week:

Floyd Mayweather vs. The Big Show

I won’t lie, the prospect of this special didn’t really excite me and in fact it was at the very bottom of the list of seven new shows this week. I saw the Big Show vs. Floyd Mayweather edition of WrestleMania Rewind (which wasn’t all that bad), but my biggest reservation was what more could be added here… turns out, not too much. 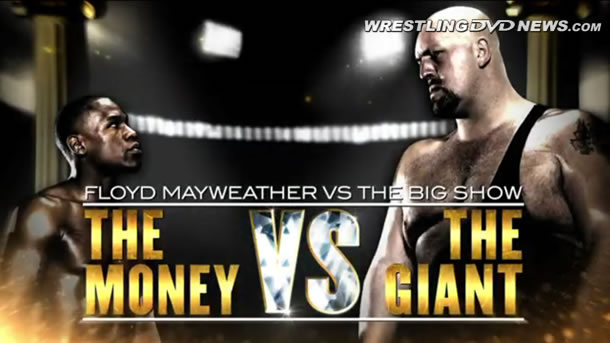 The special is very similar to WrestleMania Rewind. It begins with a brief look back at the history of boxing stars in WWE (Mike Tyson, Muhammad Ali, Evander Holyfield etc.) before moving onto the build to the WrestleMania and of course the actual match itself between the two. Throughout the course of the special (just like WrestleMania Rewind) we hear from a number of personalities such as Big Show, Triple H, Seth Rollins and Natalya (who is popping up in EVERY WWE special these days!).

In total the special ran for just over 20 minutes and I suppose if you are a wrestling/boxing crossover fan then it might have gotten you a little pumped up for the big Mayweather vs. Pacquiao fight, but if you aren’t, this is probably one of those Network shows that you will probably never get around to watching (like the Triple H/Schwarzenegger Interview). — Mark 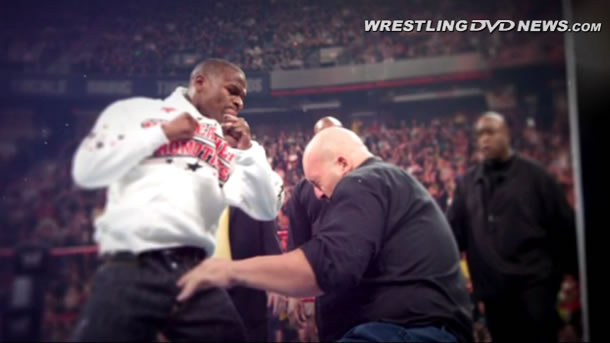 As we learned last week, tomorrow night we have a brand new episode of the acclaimed series: WWE 24. The third installment in the series will look at Roman Reigns and his rise to the main event of WrestleMania 31. The previous two editions of WWE 24 were pretty damn good, so we expect this episode to be no exception.

You can see WWE 24 immediately following RAW on Monday night.

Join Los Matadores and El Torito for a special look at the history of Lucha Libre in the United States in La Celebracion de Cinco de Mayo!

Is there a better way to celebrate Cinco de Mayo than with Los Matadores, El Torrito and some classic Lucha Libre from the WWE archives?