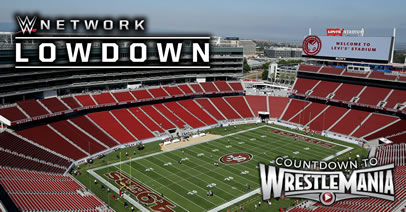 Welcome back to WWE Network Lowdown as we’re about to enter WrestleMania week!

This week saw the second series of WWE Countdown come to a close with a countdown of the top 10 most “Mysterious Superstars”. Personally, I really enjoyed the latest episodes of Countdown, and it proves that when they don’t take themselves too seriously they can be really fun to watch… but then maybe I’m just a wrestlecrap lover. 😉

The end of Countdown series 2 also means that we currently have no new original series to watch right now on the WWE Network; however we hope that there are some new shows in the pipeline after WrestleMania!

…also, speaking of Mysterious superstars, the newest installment of Beyond the Ring saw a feature on the most Mysterio-us WWE Superstar – Rey Mysterio.

A near 2 hour version of the “Rey Mysterio: Biggest Little Man” DVD set from 2007 was added to that section, and it includes the following match-ups: 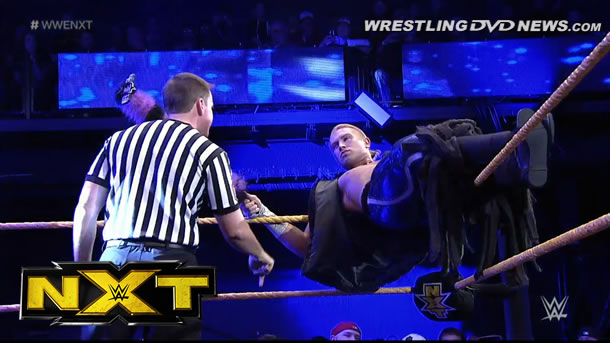 This week we had a very historic episode of WWE NXT as the show went on the road when NXT invaded Columbus, OH. The show featured matches taped during the Arnold Sports Festival weekend as Tyler Breeze took on Kalisto, the NXT Women’s Champ, Sasha Banks took on recently returnee Alexa Bliss, one half of the Tag Team Champions Wesley Blake faced off with Colin Cassady and in the main event Kevin Owens tangled with Alex Riley.

It is really nice to see the NXT brand growing right in front of our eyes here each and every week on the WWE Network. Wouldn’t you agree?

Speaking of NXT, we learned this week on social media that at the WrestleMania Axxess events an NXT Tournament will be held with the eventual winner receiving a spot in The Andre the Giant Memorial Battle Royal at WrestleMania next weekend.

The countdown is on to the show of shows, the granddaddy of ’em all, the showcase of the immortals and the grandest stage of them all……… WrestleMania XXXI!!!! Are you excited yet? If not then maybe we can get you a ‘lil pumped up for the show next Sunday.

This week the final WrestleMania XXXI – WWE Network plans have become fully apparent, and here today in Lowdown we’ll take you through all the planned shows over the week.

“The Terminator” and “The Cerebral Assassin” are together for the first time in this very revealing once-in-a-lifetime interview. 2015 WWE Hall of Fame inductee Arnold Schwarzenegger and WWE Superstar Triple H discuss their friendship, their careers, and their futures.

Beyond the Ring: The True Story of WrestleMania (6pm EST / 10pm GMT)

The acclaimed 2010 documentary – The True Story of WrestleMania becomes available on the WWE Network. Relive the story of the showcase of the immortals, relive WrestleMania from its early beginnings to the week-long spectacular it has become, drawing fans from around the world.

Live from WrestleMania Axxess, an all-star panel including WWE Superstars and Legends uncover the untold stories and share revealing insights as this year’s extravaganza draws near. WrestleMania Today will include exclusive interviews with John Cena, Seth Rollins and Randy Orton.

Maria Menounos hosts the most glamorous event on the WWE calendar. Superstars, Divas, Legends and a host of celebrities walk the red carpet and tell-all to Maria and her co-hosts.

The WrestleMania countdown ends here. Live from Levi’s Stadium, as 80,000 fired up members of the WWE Universe file in, an all-star panel of WWE Superstars and analysts host this insightful and entertaining final tribute to sports entertainment’s biggest event. This two-hour special event will include an exclusive WWE Tag Team Championship match pitting the champions, Cesaro and Tyson Kidd against: The Usos, Los Matadores and The New Day.

WrestleMania Week culminates with the biggest event in WWE history: WrestleMania 31. Brock Lesnar defends his WWE World Heavyweight Championship against a Superstar on the rise, Roman Reigns. After 14 years of anticipation, wrestling icon, Sting steps into a WWE ring for the first time to take on Triple H. In his first appearance since WrestleMania 30, Undertaker returns to take on Bray Wyatt. Plus, John Cena takes on Russian super athlete Rusev for the U.S. Championship, and “The Viper” Randy Orton faces The Authority’s hand-picked face of the future, Seth Rollins. The stars of Total Divas, The Bella twins take on the team of AJ and Paige. In one of the most dangerous matches in all of WWE, seven-men vie for the Intercontinental Championship in a ladder match; and 20-men compete in the second annual Andre the Giant Battle Royal.

Classic [Moment] of the Week

This week’s classic comes from WrestleMania XV and sees “Brawl for All” champion take on renowned tough man Butterbean in a Brawl for All match.

The rules were…. confusing, the match itself short and forgettable, so I won’t be discussing it. However, the moment it provided us was a priceless and incredible, forgotten WrestleMania moment… a final hooray for Gorilla Monsoon. 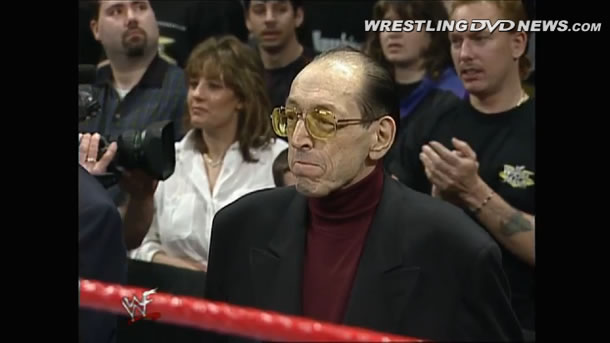 Gorilla Monsoon was present at the event to be one of the judges for the Brawl for All Match, alongside Chuck Wepner and Kevin Rooney, but it was to be Gorilla Monsoon’s introduction which would prove to be the highlight of this match. Upon his introduction Gorilla received a prolonged standing ovation from the WWE Universe inside Philadelphia’s First Union Center. Sadly, this was Gorilla’s final WWE appearance as he passed away just a few months later. However, this was a really cool final moment under the ring lights for Gorilla Monsoon.