It was a rather big (and extreme) week for WWE Network. We’ve seen a plethora of new content added and a brand new live special (which we will look at in just a while). In addition to the new content and the continuation of the free month, the WWE Network hit a snag this week in the form of its first major scale outage since its launch almost 9 months ago (– boy, hasn’t that flown by!?). The Network was down for approximately 2 hours on November 12th. WWE did acknowledge the outage the next day to a user citing “technical difficulties” and reassured the user that “[they] have corrected the problem”.

ECW Week provided us with tons of new content to feast on over the next few weeks (at least!). The 47 episodes of ECW Hardcore TV added span the period of May 1995 through to March 1996. These episodes are packed with so many debuts, classic promos, moments and matches ranging from: the arrival of The Gangstas, Steve Austin’s run, Bill Alfonso as the heel referee, Cactus Jack’s anti-hardcore phase and the arrival of Rey Mysterio/extreme lucha libre: and honestly, that’s just for starters! In addition to these episodes, three ECW Arena shows (also from this May 95 – March 96 period) were added: Hardcore Heaven 95, November to Remember 95 and Cyber Slam 96. Plus a collection of classic promos and moments were added (again from the same period; noticing a trend here?) into the new “ECW Exposed” category in “The Vault”. Lastly, the final ECW themed show this week was added to the Beyond the Ring section on Friday night – The Rise and Fall of ECW – the mammoth 2004 documentary; considered by many as the greatest WWE DVD ever produced. 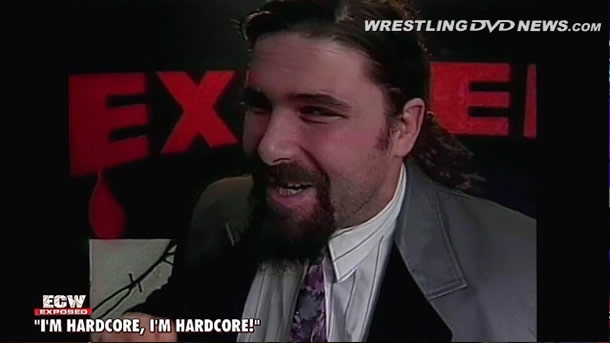 As the week began, the highlight of ECW Week looked to be the live Monday night special: ECW Exposed. The special was presented from the WWE studios in Stamford, CT on the same set as the RAW Pre-Show and where the Edge & Christian SmackDown 15th Anniversary Special was taped, however to emphasize the extremeness some ECW police tape was draped around.

Initially when the special was announced I was really excited to see it, my interest took a little knock when I learned that the questions would be coming by way of fan Twitter submissions. However, I tried to cling onto the hope that WWE would achieve a balance between the more pedestrian questions and some of the more intriguing and “hardcore” ones. On the premise set out, ECW Exposed looked to be in a similar vein as a Kayfabe Commentaries “YouShoot”, in reality, that wasn’t what we quite got. 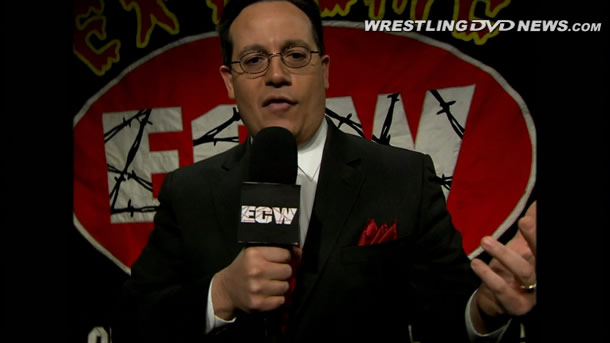 The show opened with a really cool and unique video; produced in homage to an old school ECW segment, which featured Joey Styles talking directly to the shaky camera in front of an original ECW banner. This was a really great start, and my expectations were raised again… only to be dashed completely as the show progressed.

Despite the original premise of the show being a “shoot interview” feature with Paul Heyman, basically what we were given was Joey Styles and Paul Heyman presenting a show reminding us of the 47 new Hardcore TV episodes up and how we should then block these Hardcore TV shows with the Network’s family filter! 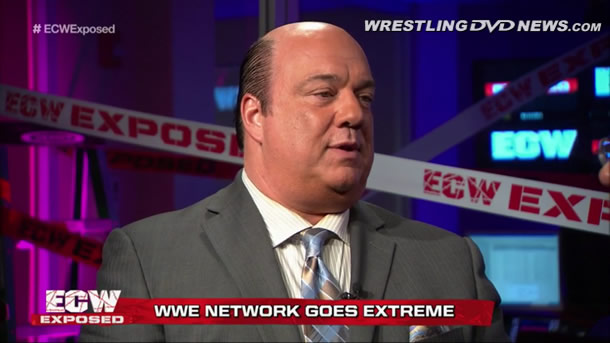 The basic presentation of the show with Paul and Joey stood up for the whole time, really made it feel like they were presenting, rather than an in-depth interview (I felt that this should have been done in the same style as the Bret Hart vs. Shawn Michaels rivalry feature).

The show could really be divided into three sections, the first featured Paul and Joey looking at some rivalries and stars who passed through, including the Taz/Sabu rivalry, Steve Austin, Brian Pillman and the Malenko/Gerrero classic. Here Paul shared some stories of these stars/feuds (including a couple of factual inaccuracies). The second section of the interview looked at some of the stars from current day WWE who would have worked well in the original ECW – including a mention discussion of CM Punk [shock – horror!]. 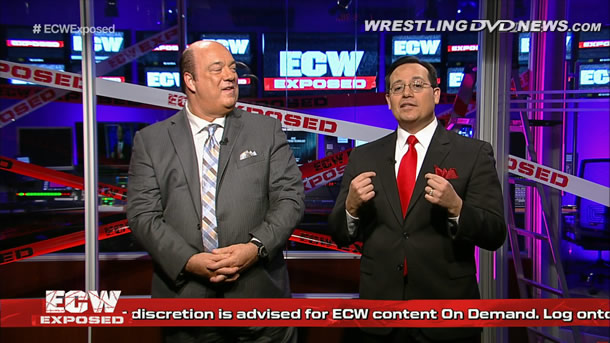 Then at the 11th hour (actually around 11:50PM) the final 9 minutes featured the fan submitted questions.

Oh, I almost forgot to mention Puppy-Palooza 6 (a satirical ECW-esque commercial for a bogus Network special), however; I thought was somewhat funny – but equally somewhat offensive towards the career accomplishments of Terry Funk. 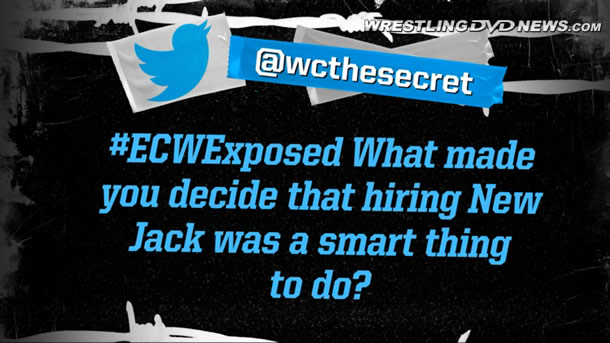 In conclusion, while I didn’t hate the special, I felt that it failed to deliver on the grounds it was advertised, and for that reason it was a swing and a miss. ECW Exposed had real promise. I really feel that a less scripted and informal sit-down discussion about ECW with questions from fans and interspersed video packages would have provided a better special, in my opinion. Coming out of “ECW Exposed” I wonder if WWE will add a “somewhat poorly executed live special” filter to block shows like this from my WWE Network account? ~ Mark

How did you feel about ECW Exposed, we would love to hear what you thought of it in our poll below.

The “Signature Sounds: Music of WWE” documentary was added to Beyond the Ring. If we’re keeping score (and we are), that’s actually the first 2014 WWE DVD made available on the Network to date. Whether they are now comfortable adding documentaries from this year or if they just went with this one because it’s a shorter, less major one remains to be seen.

The single-disc DVD didn’t get much fanfare when released but I actually really enjoyed the 50 minute documentary and it was nice to go back and watch it, now in HD on the Network (there was no Blu-ray release). It’s not nearly in-depth enough but what’s particularly good is Jim Johnston’s involvement with discussion of the songs he wrote. Some of the best segments of the 25 track countdown were Mankind, The Brood and Randy Orton. I also liked that my favorite entrance theme was referenced in there, albeit very quickly – “My Time” for Triple H. ~ Daniel 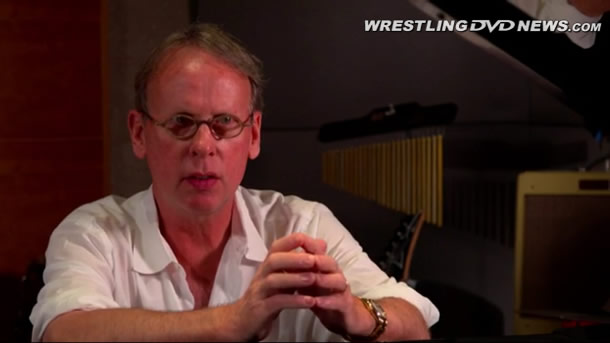 Next Sunday will be huge for WWE Network as they air the Survivor Series 2014 PPV – with all of the new “free” users, the biggest question has to be: “will the stream hold up?”. Fingers crossed WWE has taken the necessary steps to ensure that they can support 50x the standard demand and the show goes off smoothly for everyone – the WWE Network can’t afford issues during the PPV.

In addition to the big PPV, WWE Network will also be adding some other content including a brand new edition of both The Monday Night War on Tuesday. This episode will look at the contribution of the Divas to the war, titled: “Divas Gone Wild” which will span the entire War from Madusa’s trashing of the WWE Women’s Championship live on Nitro, through to Trish Stratus and Lita changing the game in the Attitude Era.

Rivalries was also set to air a new episode this week, looking at the feud between Triple H and Shawn Michaels (of course this rivalry is one of the two which is featured on the show’s sponsor – WWE2K15), however this episode is currently not on the schedule.

Earlier we looked at the first 2014 WWE DVD release to be added to the Network in Signature Sounds, this week the second will be Batista: The Animal Unleashed which will be added to the service on November 19th.

This week will also see a special 30 minute edition of WWE Countdown which will count down the top 5 moments in the history of Survivor Series. This special show will air just after the live Main Event and prior to the 30 minutes of questions from ECW Exposed.

Finally, don’t forget to check out WWE NXT on Thursday as we witness the fallout from this week’s NXT Championship Match between Adrian Neville and Sami Zayn. 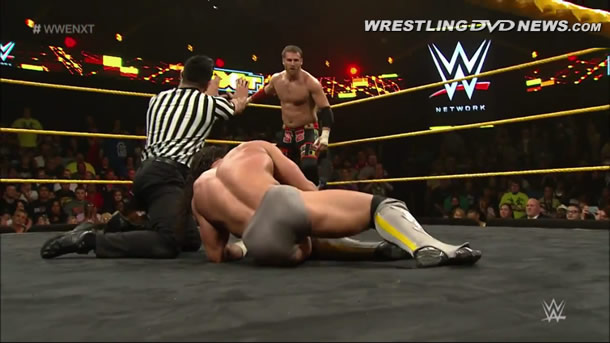 “I love the way you look at me. I love the way you smack my ass. I love the dirty things you do. I have control of you” – if you’ve not guessed already this week’s classic match is all about control, because it’s WINNER TAKE ALL! (Also there’s a disappointing ECW theme in here too; see how everything ties together). 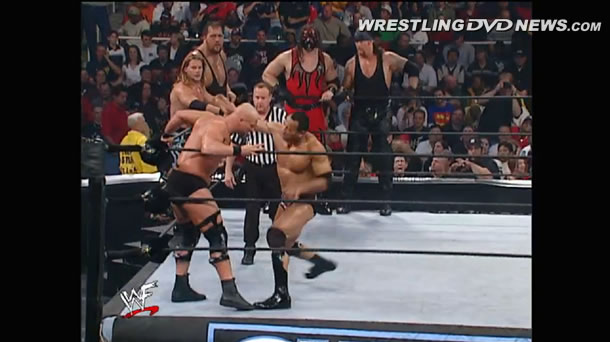 Just like it will be next weekend at Survivor Series, in 2001 it was all about control. WWE battled The Alliance in a winner take-all elimination match. This was a great 45+ minute Survivor Series content emanating from a WCW stronghold – Greenboro, NC. The match provided a number of twists and turns before coming down to Steve Austin and The Rock in their first match on TV since the April blockbuster.

A true classic – let’s hope next weekend’s match can live up to this one!