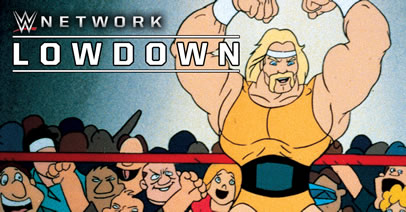 We’ve had a bunch of new shows added to the WWE Network since we last convened here for an edition of WWE Network Lowdown – so let’s get to it!

Those include a lot of old RAW episodes, a new music series and coming up we have a classic 1980’s cartoon and a new show with NXT color commentator: Corey Graves.

The big news of the week had to be the addition of a whole bunch of RAWs from the Attitude Era, as the WWE Network added the entire run of Monday Night RAW from December 15, 1997 through to January 4, 1999. The episodes weren’t in fact added to the traditional RAW Replay section, but rather their own “RAW Attitude Era” category.

Not only have all these episodes of RAW been added but a selection also features post-RAW ‘dark’ footage! The following episodes all have some “Extra Attitude” included: 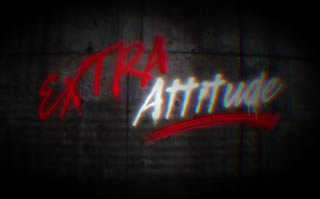 Huge thanks to Jeffrey for his assistance with this.

True Giants goes Beyond the Ring

The latest Beyond the Ring feature was added this week – “True Giants”!

The 2014 DVD documentary featured mini-profiles on some of wrestling’s greatest giants and big men and in all honesty isn’t a bad little special; most definitely worth checking out.

As we first reported here on the site last week, WWE Network made a late addition to the schedule by adding the first in a brand new series: “WWE Music Power 10“.

If you want a true WWE Music feature, check out Signature Sounds, which is another WWE DVD from last year that you can find streaming now in the Beyond the Ring section.

Mick Foley Standing Up for a WWE Network Special

Mick Foley revealed on his Twitter account this week that his upcoming stand up comedy show at Full Sail, FL will be recorded for the WWE Network down the road.

“Hardcore Legend: An Evening with Mick Foley” was on the list of new Network shows revealed during WrestleMania, and let’s not forget this will be the second show which WWE has recorded — maybe the first will never see the light of day? As soon as the special has a broadcast date, you’ll be sure to read about it right here at WrestlingDVDNews.com.

The big ‘new’ show which will debut after RAW this week will be the classic “Hulk Hogan’s Rock ‘n’ Roll Wrestling. The cartoon was originally broadcast on CBS between September 1985 and December of 1986. In total 26 episodes were produced and each episode features one or two stories with live action wraparound segments by Gene Okerlund.

The first episode will air following a WWE Network Exclusive at the conclusion of RAW.

In the debut episode we will see JYD, Hulk and friends build a super racer to defeat Roddy Piper’s Hot Rod and in part two JYD and Andre the Giant must deal with a junkyard robot – Junkenstein. Folks, it is as bad as it sounds!

A Culture Shock for the WWE Network

Finally, the other new show which will debut at 4pm EST on Wednesday is “Culture Shock with Corey Graves“. This show was originally intended to begin airing in June; however it looks to have been brought forward. The debut episode will see Corey Graves immersing himself within the world of Marvel Comics as he visits their headquarters in New York City.

The show has likely been brought forward to tie in with the release of the latest Marvel movie – The Avengers: Age of Ultron. This could be interesting as it is one of the shows which will focus on the world outside of WWE, but the show is only scheduled to run for 10 minutes and sounds more like a web series being added to the Network, rather than a WWE Network show.

We’ll have to see how this one turns out.