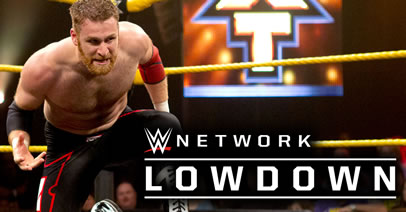 It’s been a little bit of a quiet week over on the WWE Network – why is it that some weeks are LOADED with new content yet others have so very, very little?

That said, next week we have some pretty cool stuff on the way – particularly with another NXT Take Over special incoming! So, here’s your “Lowdown” before then…

The only new show of any significance this week was Too Hot for TV which debuted as video on demand following SmackDown. The latest installment looks at moments which are apparently just “too gross for TV”.

Some of those moments we see included are Big Show being sprayed with sewage by Eddie Guerrero, and the Spirit Squad and McMahons’ having a crappy time; thanks to DX. The episode is capped off with some of Tommy Dreamer’s repugnant actions from 2002 — he’s hardcore, don’t you know?

The show provides a fun look back at some memorable (and some less so) moments from WWE’s more colorful past, even Jerry Springer does a good job as host and having Springer over a more standard WWE host gives the show a unique vibe. 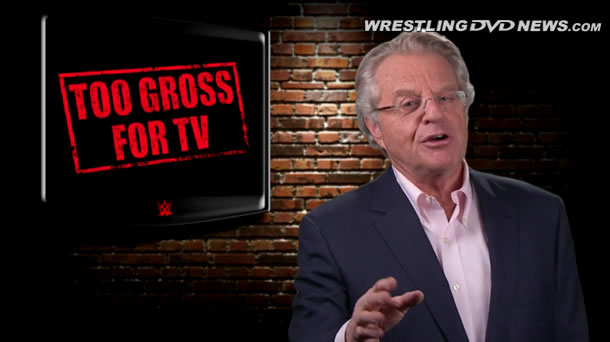 Interestingly, with the addition of the December 30, 1996 episode of RAW this week, we stand now where RAW and Nitro are up to the same point. As long-time Network subscribers know, we’ve not had any new Nitro episodes in nearly a year (September in fact).

Could this be a sign that we have more Nitro’s on the way? — by the way, can someone explain why no attempts have been made to tie together RAW and Nitro into a special programming block? That really does feel like a distinct missed opportunity. 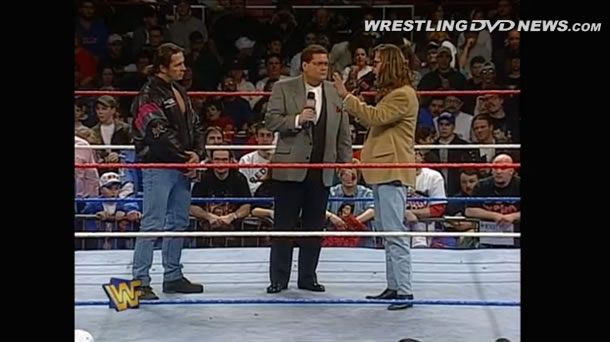 NXT is set to Take Over the Network again this coming week, and it looks to be real good! From top to bottom this has the potential to be an awesome, awesome show from the main event with Sami Zayn attempting to recapture his NXT Title from Kevin Owens, all the way to Enzo and Big Cass’ pursuit for revenge and the Tag Team Titles (and EVERYTHING in between).

Plus, with the potential prospect of Samoa Joe’s debut, this is one Take Over you DO NOT want to miss! Catch the NXT Take Over: Unstoppable festivities from 7:30pm EST on Wednesday.

While Renee is taking the week off, the other half of team #YoungGraves is stepping up, as immediately following Take Over, Corey Graves will present the third episode of Culture Shock.

In this edition Corey will visit a New York City tattoo parlor.

Right after RAW concludes on Monday you have the opportunity to get a First Look at the latest WWE Home Video offering – “It’s Good To Be The King”.

As with the previous First Look specials, the 30 minute show will feature a condensed version of the documentary feature. If you want to get your copy of the Jerry Lawler DVD or Blu-ray pre-ordered for Tuesday (with a First Look or not) you can do so RIGHT HERE!

The Royal Farms Arena (formerly the First Mariner and Baltimore Arena) is one of the most famous wrestling venues out there. Baltimore was a big city for wrestling and this arena is one of a few venues used by both WWE and WCW and therefore the site of some historic wrestling action – including the end of Bruno Sammartino’s iconic championship reign.

So, to get us all pumped for Payback, why don’t we take a look at a fatal four-way of past classics from the famed Baltimore Arena, which you can watch prior to the PPV tonight…

With the sad news this week that Daniel Bryan has been sidelined again (possibly permanently) due to injury, I had to include his very first World Championship victory when he cashed in Money in the Bank at the 2011 TLC PPV. 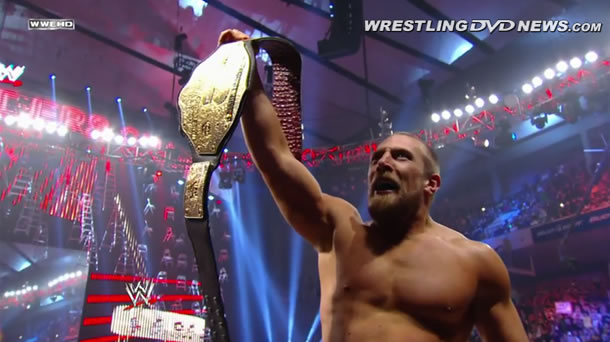 The 1989 edition of the Great American Bash is considered one of the very best wrestling PPVs in history, but the night was headlined by the much hyped showdown between the Nature Boy, Ric Flair and the wily Terry Funk for the NWA World Heavyweight Championship. 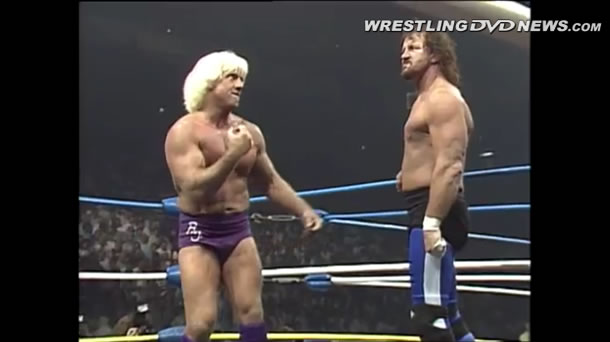 The 1994 King of the Ring also emanated from the Baltimore Arena and will forever be remembered in wrestling folklore for the truly abysmal (yet incredibly awesome) commentary of football legend, Art Donovan.

However, our match here is the finals of the King of the Ring tournament which pit The Rocket against The Bad Guy. The only thing I’m unsure about… how much did those guys weigh? 😉 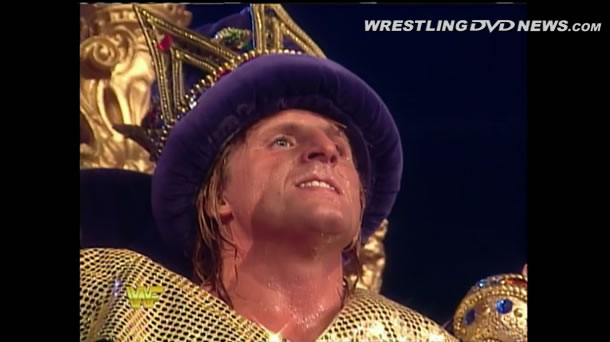 Now we don’t have an awful lot of early ’80s wrestling on the WWE Network, but we do have this little tag team match tucked away. Here, it’s the former WWE Tag Team Champions, The Iron Sheik and Nikolai Volkoff, taking on the odd ball team of Corporal Kirchner and George Steele at the then Baltimore Civic Center on Prime Time Wrestling.

Question is, will all the turnbuckles survive? 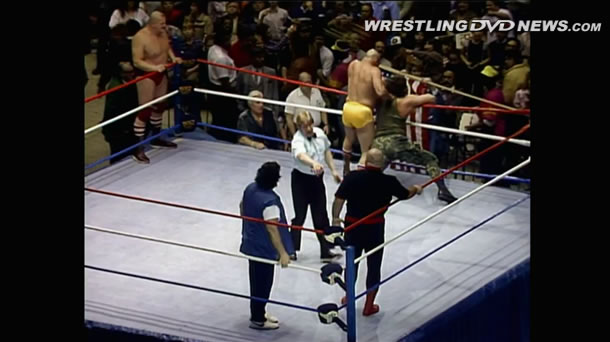 Until next time, enjoy tonight’s Payback show and NXT Take Over on Wednesday! 🙂