We’re just hours away from being visited by the Big Guy (well, those of us who have been good). To celebrate the festive season this edition of WWE Network Lowdown will look at the history of Santa Claus in wrestling. Santa has been involved in the ‘rasslin biz for years now, so let’s take a look through a selection of classic Santa Claus moments which can be found on the WWE Network, as Santa Claus will be Runnin’ Wild in this WWE Network Lowdown…

I’m sure pro-wrestling fans won’t soon forget the night that a scarf toting Mexican mowed down Santa Claus. Fortunately Santa was channeling the spirit of a certain hardcore legend that evening. Thanks to a miracle, jolly ol’ St. Mick… I mean Nick, made his ‘presents’ known by sticking the sock to Alberto ensuring John Cena took the sleigh ride to victory in the Miracle on 34th Street Fight. 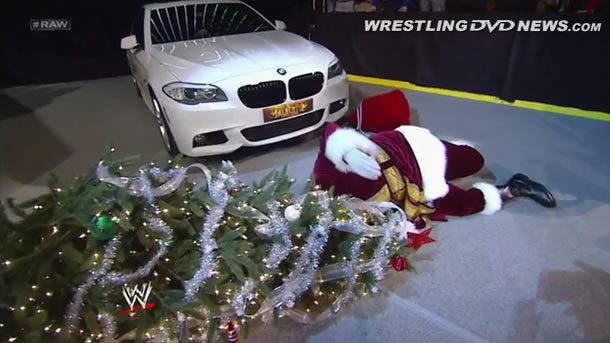 Awww, this is the kind of heart (or Hart) warming Santa Claus appearances we want to see on our wrestling, don’t we? Or would we prefer…… 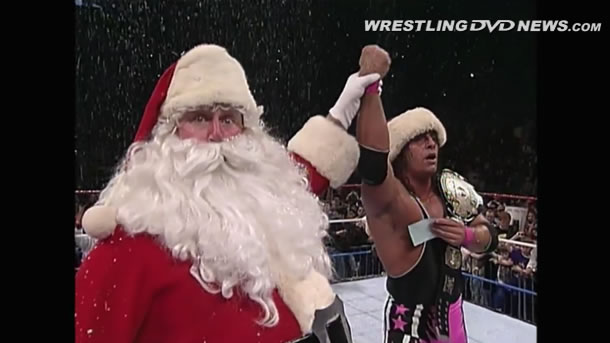 Santa tried to add Christmas cheer to the ECW Arena by handing out goodies to the hardcore fans. Unfortunately for Santa, 911 was feeling a little ‘bah humbug’, and Santa wound up taking an early sleigh ride (sans the reindeer) courtesy of a 911 choke slam – much to the delight of the ECW arena. 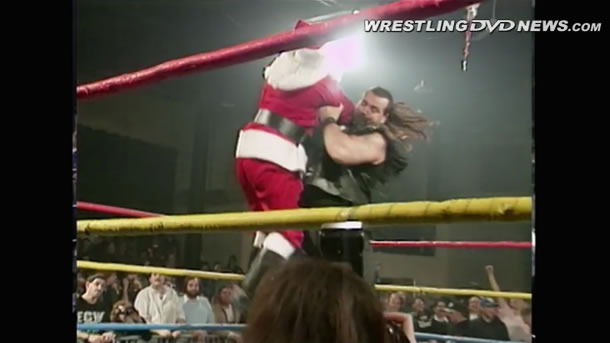 There was more than one Middle Eastern conflict in December 2005; as Good Santa challenged Bad Santa to a no holds barred match to prove just who the real “Santa” was. Clearly it was Mick Foley taking on JBL and even after the final bell, I don’t know what this proved, but hey ho-ho-ho it’s Christmas baby! 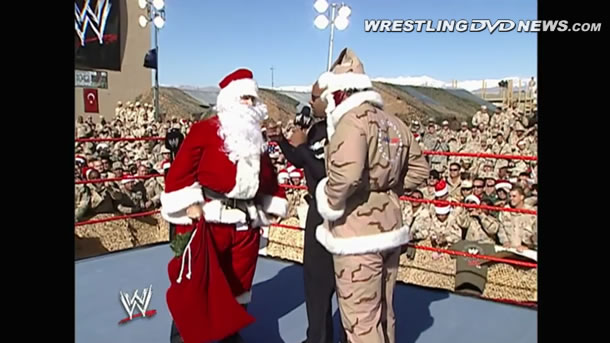 Savio Vega’s belief in the spirit of Santa Clause clearly took a knock at the fifth In Your House event after Santa clocked Savio with his big ‘ol sack… a sack filled with Ted DiBiase’s money, no doubt. As the soon to be rechristened Xanta Klaus had a price for the Million Dollar Man. WHAHAHAHAHA! 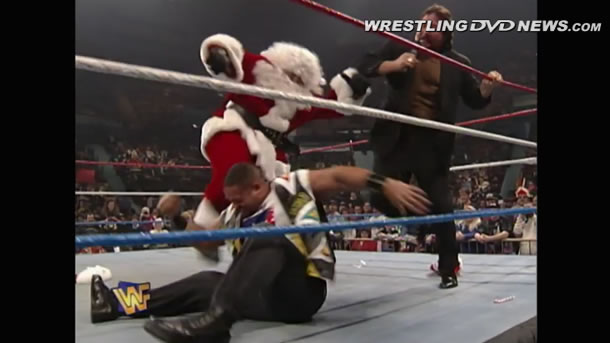 1994 was a dark, dark year for Starrcade. It was without a doubt one of (if not the) worst Starrcade shows. Repressed by wrestling fans around the world, the 11th Starrcade featured the in ring return of Mr. T, who returned to avenge a beating at the hands of Kevin Sullivan at the prior Halloween Havoc. After bumbling through a few minutes, Dave (or was it Evad?) Sullivan dressed as Santa made the save for Mr. T. Still not remember this? Maybe you remember Santa taking a beating afterwards (with his pants by his knees)? If you still don’t remember… it’s probably for the best. 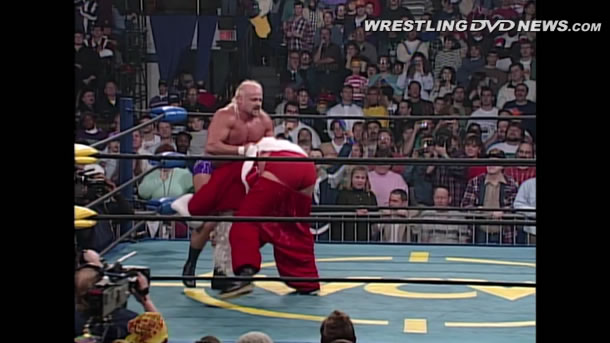 Santa tried making a name for himself at the expense of Kurt Angle in 2004. Kris Kringle tried to take the Olympians’ gold medal from him in a “Kurt Angle Invitational”. Luckily for Santa he tapped before his ankle snapped (I can only imagine the milk has made his bones really strong) and Angle walked out of Armageddon with his medals intact. 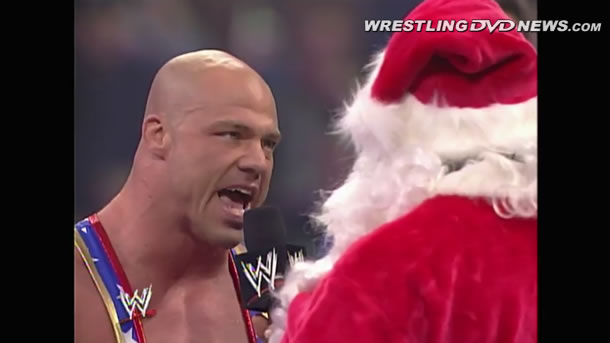 Another battle for Christmas took place in 2013 as Mark Henry “Claus” took on Damien Sandow “Claus”. As this brutal battle took place through the entire ringside area, wrestling fans around the world feared for the continuation of our favorite yuletide holiday – would it ever be the same if Bad Santa won? We didn’t have to worry long, it was Damien Sandow (not exactly known for his winning ways back then!). 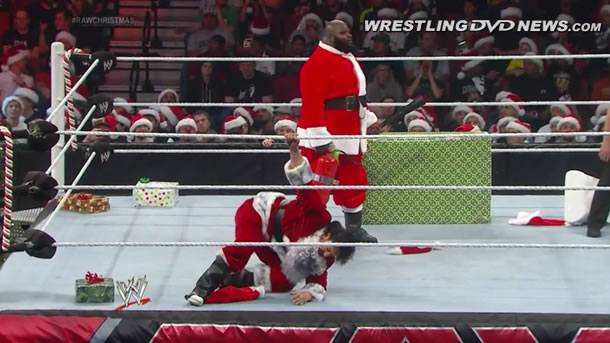 I hope you have enjoyed this special edition of WWE Network Lowdown, and that you liked reliving some of these Santa Claus moments.

From everyone here at WrestlingDVDNews.com, enjoy the holidays and we hope the big guy brings you all the wrestling DVDs you have been dreaming of, and if he doesn’t…. CHOKESLAM HIM! 😉