We’re back for week número tres of WWE Network Lowdown and we might be still licking our barbed wire wounds from ECW Week, but we will power through regardless.

This week saw the rollout of the “watch lists” and “resume play” functions across a number of new platforms including the iOS apps, PlayStation apps and various others. The watch list allows users to create custom playlists of content they wish to view in a single block, while resume play offers the ability to resume play (what were you expecting?)

This past week also brought us a selection of new content, including the 2014 DVD feature with the Guardians of the Galaxy fella, maybe you remember him; Batista (I think they call him). If you did skip the DVD from earlier this year, you should really think about checking out the documentary here on the WWE Network. Honestly, it’s a pretty nice 40 minute documentary feature following Batista’s return to WWE following a near four year hiatus, plus it looks at his role in Guardians and MMA tenure. In addition to The Animal [being] Unleashed in Beyond the Ring, we were also treated to the second part of ECW Exposed this week (which was a really big improvement over part 1). 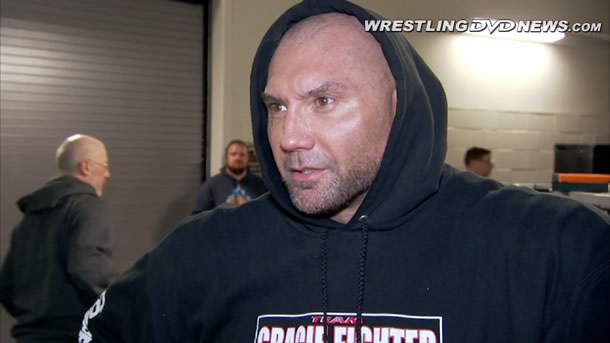 Don’t forget a rather big show which is airing tonight: Survivor Series. The 28th annual PPV takes place live and free-free-free on the WWE Network. As is the norm (now-a-days) the festivities will kick off at 7PM EST with the Kickoff show and good news for Bad News Barrett fans; as Barrett will be making his return live on the Kickoff show.

The Survivor Series itself is of course headlined by the Team Cena vs. Team Authority, traditional Survivor Series elimination match. Plus if the rumors are to be believed then the 2014 Survivor Series might well be a show that you DO NOT want to miss! Following the PPV is scheduled is a 15 minute “Fallout” show. However, as everyone who watched Hell in a Cell will know – that might be subject to change. 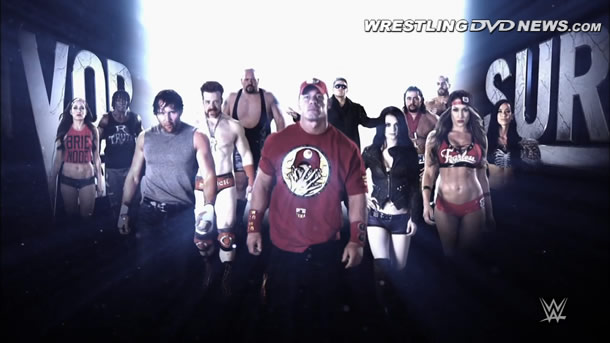 In honor of the weekends pay-per-view spectacular, WWE Network aired a special mini-episode of WWE Countdown: “The Best and Worst of Survivor Series”.

I can’t really say this mini-Countdown episode is essential viewing (in fact it’s a little all over the place) but it is a fun piece to watch. If you’re anything like me, it’ll get you a little more hyped for tonight’s Survivor Series pay-per-view so be sure to watch it before hand. 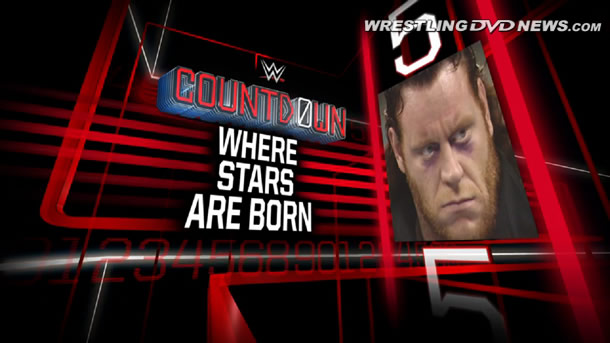 In addition to a nice “by the numbers” video package plonked in the middle, it counts down a few Survivor Series topics such as debuts at the event (see: Undertaker, The Shield etc), weird and wonderful teams formed over the years, and somewhat of a history of Vince McMahon’s involvement in the PPV – naming him the “ultimate sole survivor”. Just for giggles, the Gobbledy Gooker “hatches” once again and finds himself as one of the Countdown topics! 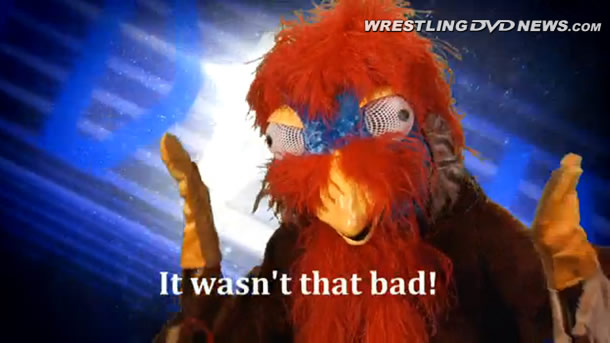 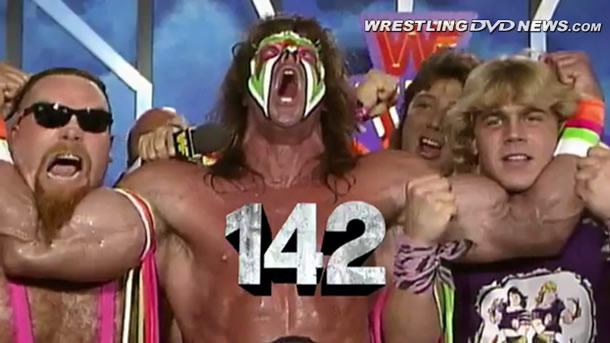 Move over Rock ‘n’ Roll Express vs. Midnight Express, wrestling has a new tag team classic. This week Main Event saw an Inter-Species Tag Team Match where the distension between Adam Rose and The Bunny moved up a notch — how can’t this be the highlight of a week? Frankly, I’m not sure I want to live in a world where it isn’t! (I jest) 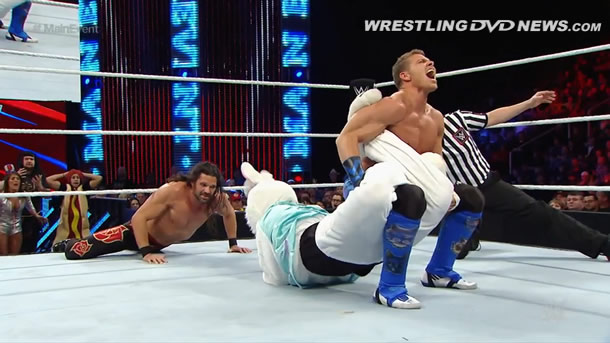 Over in NXT world, it’s all about the build to the next live special: NXT TakeOver – R Evolution. We now have a main event with the NXT Championship on the line as Adrian Neville takes on Sami Zayn in a match where if Zayn can’t capture the gold, he will quit NXT! The other big talking point coming out of this week’s show was the teaser promo for the arrival of Kevin Owens (née Steen) who we learned will debut on the live special. 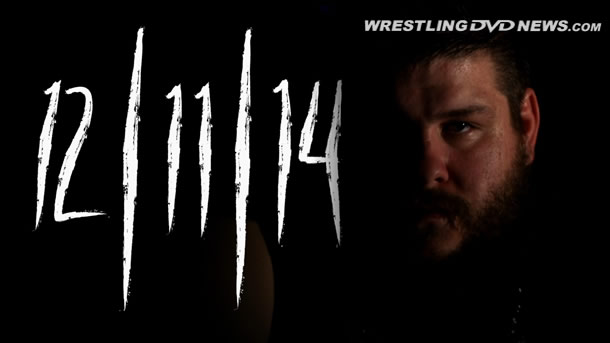 Monday Night War and Rivalries will both be returning on Tuesday night with brand new episodes. Following this week’s Diva themed Monday Night War, WWE trailed a new episode which was to look at “The Foundations of War” – focusing on the respective WWE and WCW stalwarts: The Undertaker and Sting, however that episode looks to have been pulled (at least for the time being) as the synopsis for the next episode reads: “WWE and WCW each work celebrities into their product, as the Monday Night War becomes water cooler conversation” – so it looks like a celebrities episode will now air in its place. Monday Night War will be followed with a new edition of WWE Rivalries looking at the feud between Shawn Michaels and Triple H. 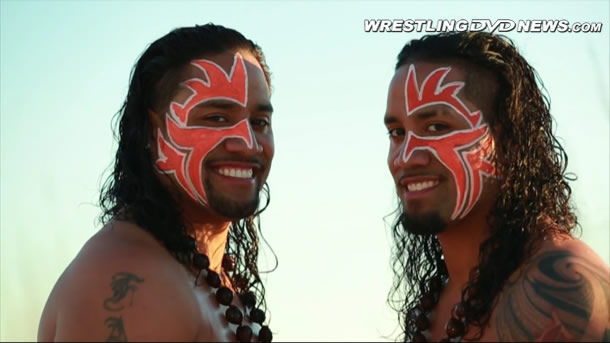 The big new show for this week in the prime 11:06PM EST Monday night time slot is dedicated to Jimmy and Jey Uso. Before They Were Superstars: The Usos – 10 Hours to Houston – will be a 30 minute original documentary following The Usos from childhood to their reign as tag team champions. The show will feature brand new interviews with: The Usos, their childhood friend Roman Reigns, father Rikishi as well as other family members. If the other WWE Network original productions are anything to go by, then this one should be good. Hopefully other members of the roster can have their own unique features in the future as well. 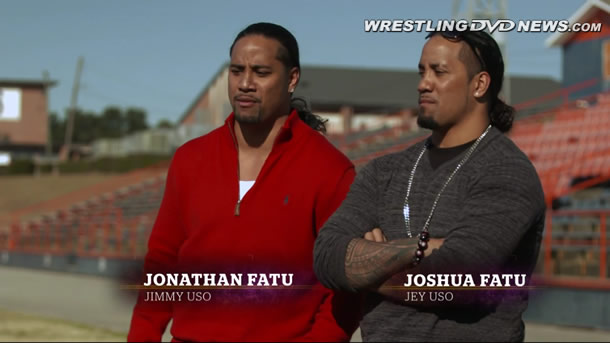 Unfortunately WWE looks to be skipping over the 01/01/1996 and 01/08/1996 episodes (for unknown reasons) – especially the January 1st episode as it features the very first (and last) RAW Bowl Match! However, we are being given the fallout show from the 1996 Royal Rumble which does feature the shocking attack to then WWE President Gorilla Monsoon at the hands of the newly debuted Vader – in one of RAW’s most memorable angles. 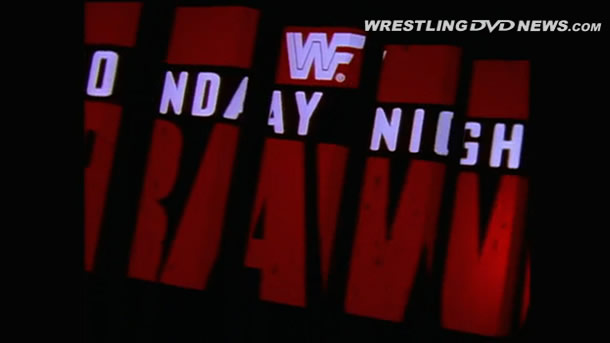 The Survivor Series came into existence after Jim Crockett Promotions (JCP) stated its intent to launch their first foray into PPV with the 5th Starrcade event. This would start a series a battles between JCP and WWE, giving us the first Royal Rumble and Clash of the Champions events. There are a few classics (and a few dogs) on the ’87 Starrcade, but we’re going with this tag team classic… 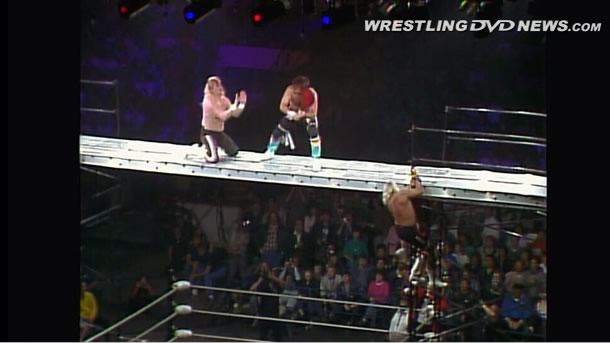 The question going in to the match was: can you capture lightning in a bottle twice with another “Skywalkers Match”? The answer: no, not quite, but with The Midnight Express taking on The Rock ‘n’ Roll Express and a super enthusiastic Chi-Town crowd, you can’t go far wrong. These two teams (with the addition of Jim Cornette and Big Bubba Rogers) had the heel vs. baby-face tag team dynamic down pat, granted this isn’t a technical wrestling masterpiece, but a really entertaining bout nonetheless.