New Episode of Weekly WWE Network Show Gets Replaced Due to Hulk Hogan?

A new week on the WWE Network means new original programming. So far, the RAW Pre-Show and the Stone Cold Podcast have both been added to the Network’s video-on-demand archives. Beyond those uploads, things are fairly slow, especially after such a busy week.

We covered all of the latest RAW uploads as they all landed, which WWE has now announced add up to over 100 hours of content! Looking ahead, we still have that advertised 50 hours of ECW content to come at some stage, along with the 20 year anniversary of Nitro just a month away. It’ll be interesting to see if we get any new content from either library in the coming weeks.

Lastly, as we exclusively covered yesterday, a new episode of Swerved is coming, featuring The Boogeyman. Currently scheduled to return next Monday, it’s still possible the show is pushed back in favor of a Roddy Piper tribute. Many are concerned about the rumors of the show being cancelled, but right now it’s important to stress that it’s just rumor. It’s even plausible the rumor was leaked by WWE themselves in order to allow WWE personnel to let their guard down while filming a second season. With that being said, just because they plan to air the rest of this season does not mean that the show isn’t cancelled, just that they had other episodes left to air. 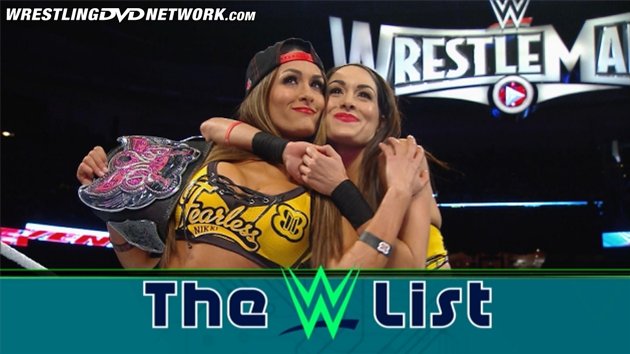 A new episode of the WWE List will air later today on the WWE Network (schedule).

Bonded by blood, broken by greed. It’s time to take a look back and decipher which WWE family belongs on our craziest families!

Last week we broke the news on a brand new episode of The WWE List in the works. The theme of the episode was vehicular mayhem. When the finalized schedule came out, the episode was replaced with today’s one about the craziest WWE families. So, what’s the story?

As you can see in the thumbnail above, a focus of the episode was on Hulk Hogan vs. The Giant and their monster truck battle at WCW Halloween Havoc 1995. With the recent Hulk Hogan controversy that already led to them removing the entire first season of Rock ‘n’ Wrestling from the WWE Network, the company has been avoiding promoting him. Needless to say, the episode is either on delay until the heat dies down, is being edited, or has been altogether scrapped. Personally, I hope to see it up sooner or later as even if they take out the Hogan deal, there are still a lot of fun moments, mostly involving Stone Cold Steve Austin. Speaking of which… 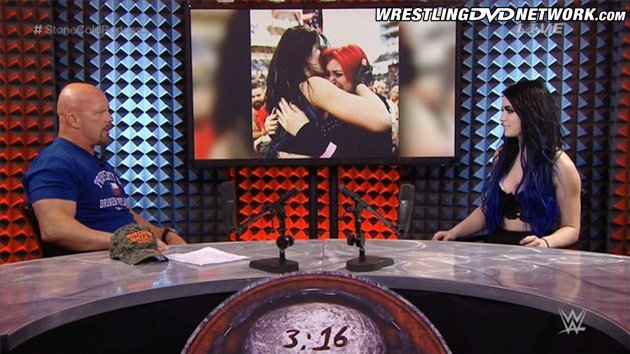 After a two month absence, the Stone Cold Podcast is back and with a surprising guest. While it seems clear that the spot was originally for Hulk Hogan, especially as he, Sting, and Undertaker were all publicly advertised for future editions, Paige replacing Hulk made sense. Not only is she one of the leading figures of the Diva Revolution, but she is also a host on Tough Enough. Between Tough Enough, Tough Talk, and a main cast member of Total Divas, she is all over WWE programming. It just makes sense.

With that said, this wasn’t quite the Stone Cold Podcast people love, and truth be told it would’ve been more fitting as a Chris Jericho show. It’s not that it was bad, there isn’t much that has Austin talking that could be bad, but there just wasn’t much in way of tough questions. I personally don’t believe there needs to be, but Austin’s show has the reputation of being hard hitting while Jericho’s is more conversation based. This definitely was more a conversation and less an interrogation.

The conversation includes her unusual upbringing in a wrestling family, her early days in the WWE, her comfort level with a decade of experience, and of course she makes sure to bring up Emma several times as being one of the main people involved with kicking off the Diva Revolution. She also addresses the Patrick Clark controversy from Tough Enough. It was a solid hour or so of discussion and you definitely learn more about the person. Worthy of checking out. 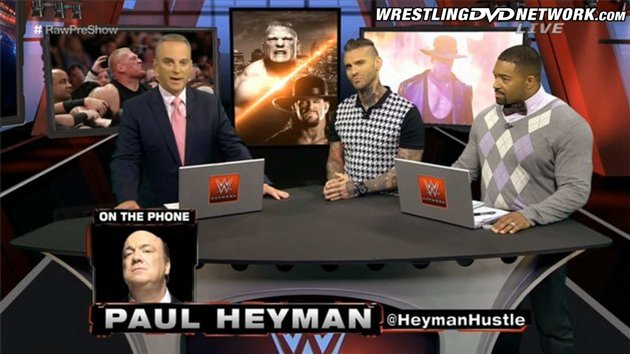 This weeks episode of the RAW Pre-Show was a pretty big one, as a guest who was supposed to appear a few weeks back called in: Paul Heyman! Needless to say, if Paul Heyman is talking, it’s worth listening to. Besides that, the hosts Scott Stanford, Corey Graves, and David Otunga discuss the passing of “Rowdy” Roddy Piper and the different ways the Superstars, Divas, legends, and celebrities have been honoring Piper since last week.

Like always, the show also includes a preview to that night’s RAW while showing highlights of the week before. A long discussion on the Seth Rollins and John Cena situation takes place as well, which included a highlight from Corey Graves. Corey Graves recommended Dana White, UFC President who recently had some less than favorable remarks towards pro wrestling, to check out pictures of John Cena’s nose. It was definitely bad, but the comment was an amusing dig.