WrestlingDVDNews.com can now give you a first look at the official cover artwork for WWE Night of Champions 2013!

Night of Champions looks to be released on DVD only to the United States on October 15th –
Click here to pre-order yours now from Amazon.com. 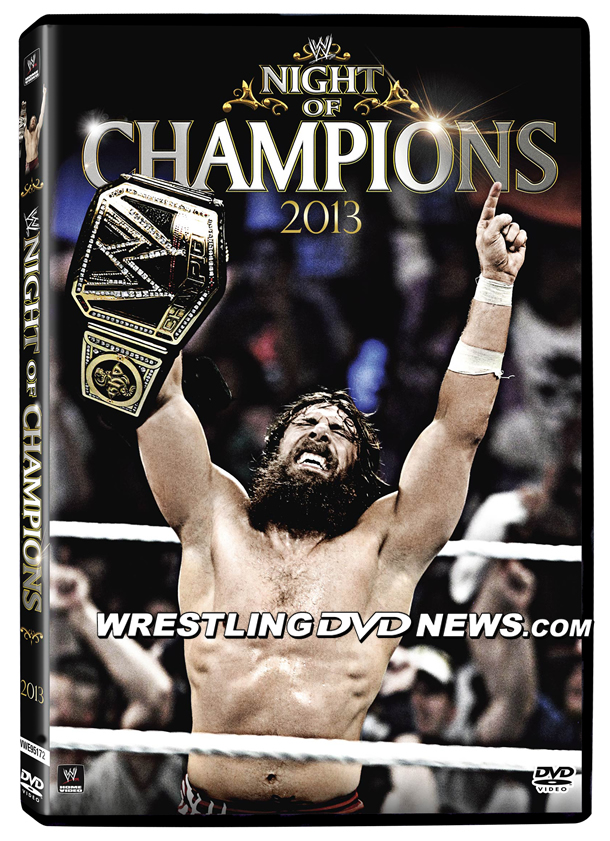 Fatal 4-Way Match for the Divas Championship
AJ Lee vs. Natalya vs. Namoi vs. Brie Bella

The DVD extras and Blu-ray exclusive content was revealed earlier today at this link, however at this time the Blu-ray does appear to be a UK and European exclusive.

Get your copy of Night of Champions 2013 DVD…

– In the US: Click here to pre-order the Night of Champions DVD for October 15th.

– In Australia: Order the DVD from WWEDVD.com.au for October 16th.

– In UK/Europe: Order the DVD (or Blu-ray) from WWEDVD.co.uk for November 18th.