The Superstar Collection WWE DVD series (on Zack Ryder and John Cena) will also be available overseas. According to the Facebook page of Australia’s WWE DVD distributor, they too will be releasing the DVDs.

Although single-disc releases, they’re are not looked upon as ‘bonus’ titles or store exclusives, but instead part of the domestic and international schedules [pre-order].

The official, finalised DVD cover for the WWE Studios release of No Holds Barred was released over at Amazon today. You can pre-order it for July at $10.49 over here.

At any time when visiting this website you can now check out eBay auctions for WWE DVDs that are ending within the next few hours. Just look for the “Expiring Auctions” box in the sidebar on the right. Let us know if it helps you grab some last minute bargains!

The re-released Hell in a Cell ‘Gift Set’ (including the 3-Disc DVD and Undertaker mini bust) appears to be selling well at Amazon. More stock is due in over here on April 19th. 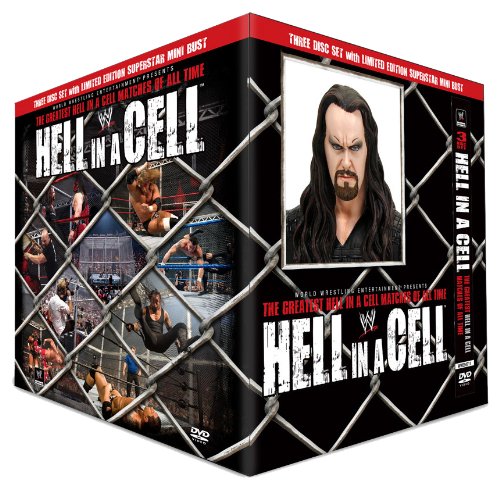