The European market’s cover for OMG! The Top 50 Incidents in WWE History has just been revealed by Silvervision.

The reasoning behind the change in cover artwork from that of the North American edition was due to the “flaming table spear” supposedly being too graphic. In order to avoid problems with the release, the cover was changed to appease retailers in the UK and Europe.

Ironically, the DVD is actually to be rated 18 in the UK (likely TV-14 in the US) due it’s content. 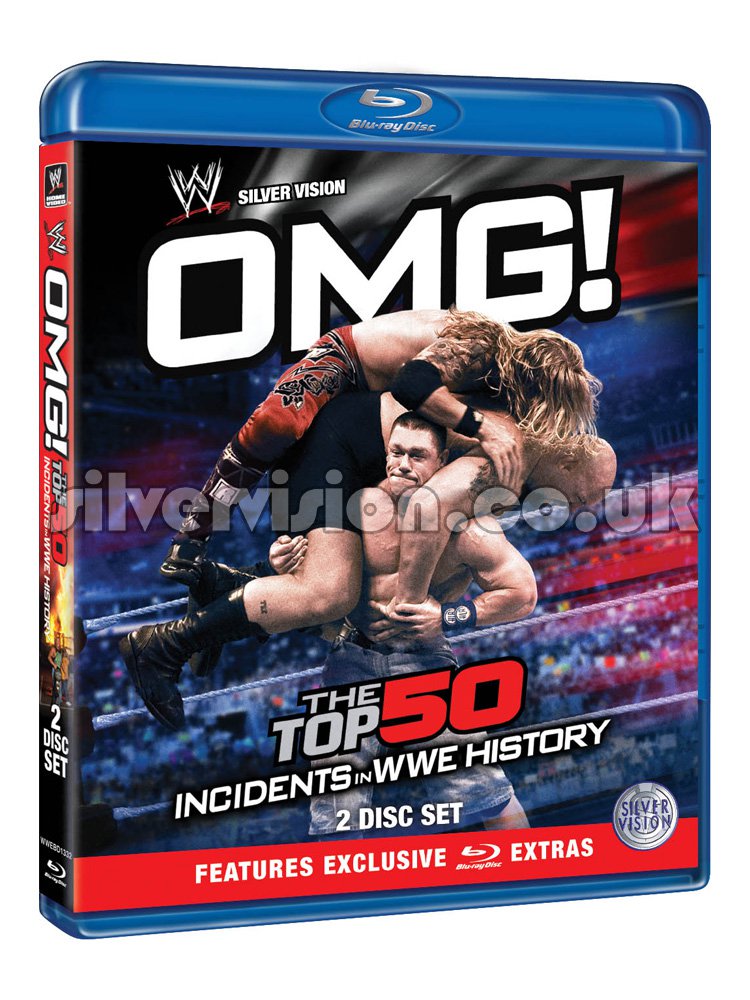 Compare this with the confirmed cover artwork for the North American version below, which features Edge spearing Mick Foley through the flaming table at WrestleMania 22. 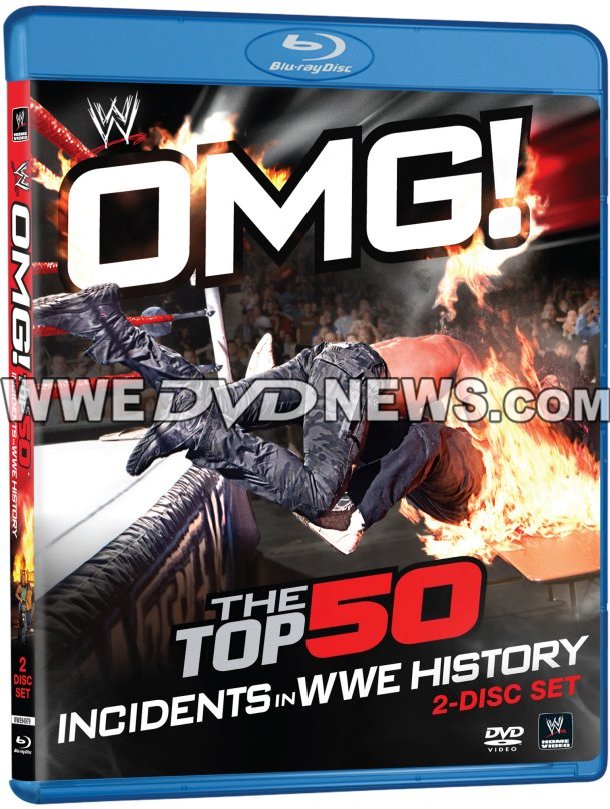 “OMG!” is to be released on DVD and Blu-ray formats first on August 23rd to the USA, and will follow to the UK in September (when purchasing through Silvervision.co.uk).

So, which cover do you prefer? Let us know in the comments section below!