WWE Once In A Lifetime: The Rock vs. John Cena DVD Cover Revealed

Cover art for WWE Once in a Lifetime – The Rock vs. John Cena DVD has been released on Amazon.ca.

First revealed here, the 3 Disc DVD and 2 Disc Blu-Ray will hit stores on September 11th in the United States. “Once In A Lifetime” will chronicle the year-long feud between The Rock and John Cena which culminated in the epic ‘once in a lifetime’ encounter at WrestleMania XXVIII. 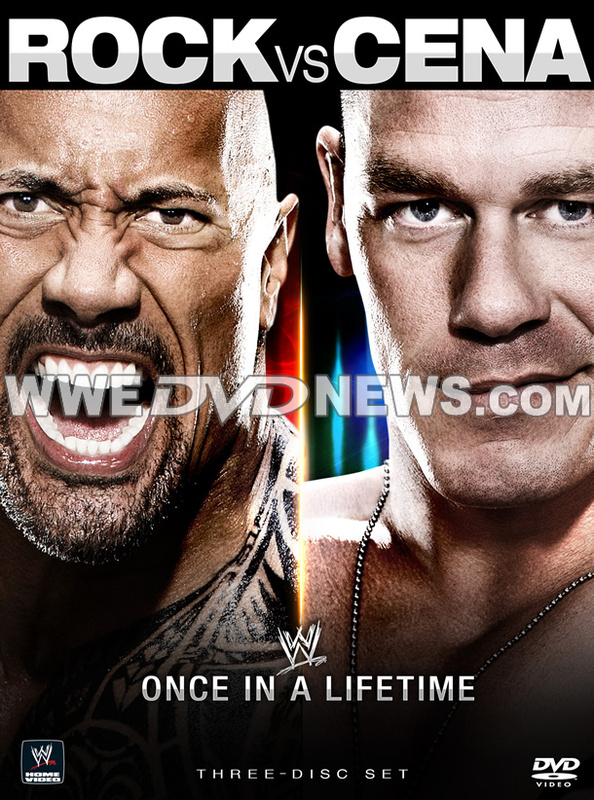 In the week leading up to WrestleMania XXVIII, a one-hour documentary aired on NBC Universal in America called ‘Once In A Lifetime: The Rock vs. John Cena’. This DVD collection is an expanded version of that documentary – giving the full one-year story of the build up to this epic match – from the very first promo. It also gives an insight into the preparation of body and mind that these two competitors went through before they met in the ring on April 1 in Miami. Once in A Lifetime explores the iconic Superstars long, emotional paths toward their match, and gives viewers a glimpse into The Rock and John Cena’s daily lives, training regiments, and the personal choices and histories that led them to the defining moment of their careers.