Join us all week for our exclusive “Owen – Hart of Gold” DVD and Blu-ray reveals. Today, you get to see the cover artwork that WWE has planned for the set AND the first matches.

The new Owen DVD/Blu-ray will pack in a documentary feature, story extras, over 15 matches, and even more content on top – all of which you’ll hear about during Owen Week. 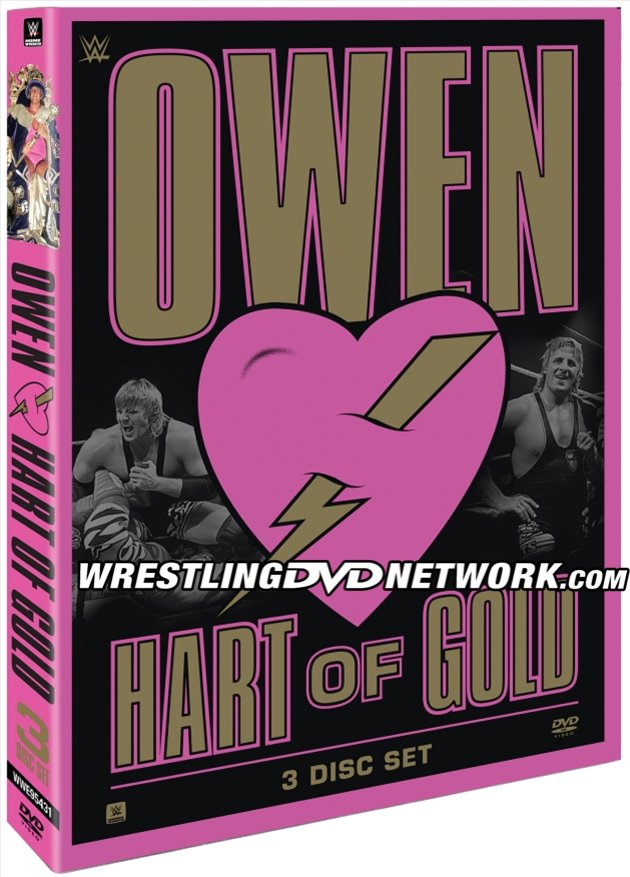