In case you missed it, all this week we’re unveiling content that WWE has planned for their highly anticipated “Owen – Hart of Gold” DVD and Blu-ray on the way later this year. Today, 7 new matches are revealed for the set, including one from Stampede Wrestling.

The Owen Hart DVD/Blu-ray will include a documentary portion, story extras, over 15 matches, and more on top – you’ll know every bit of content by the end of this exclusive week. 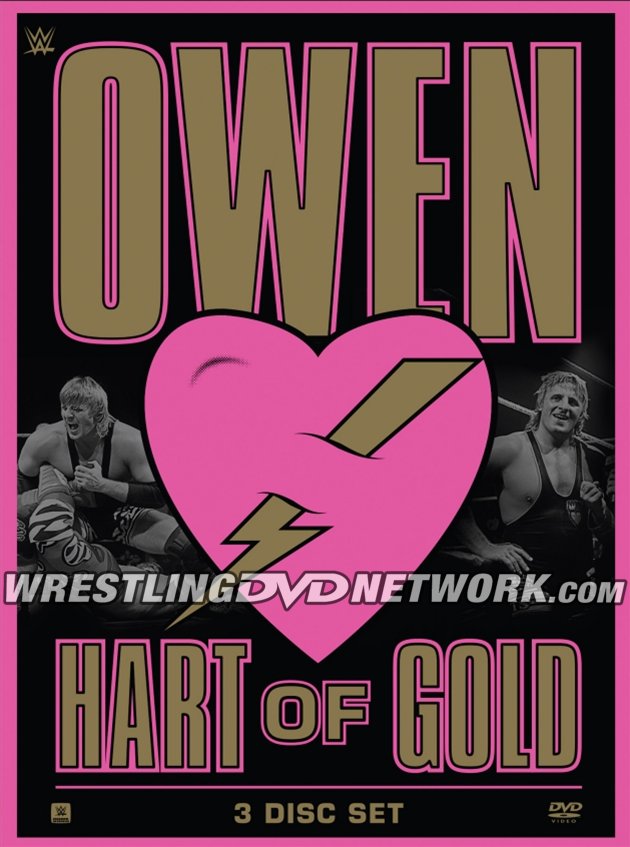 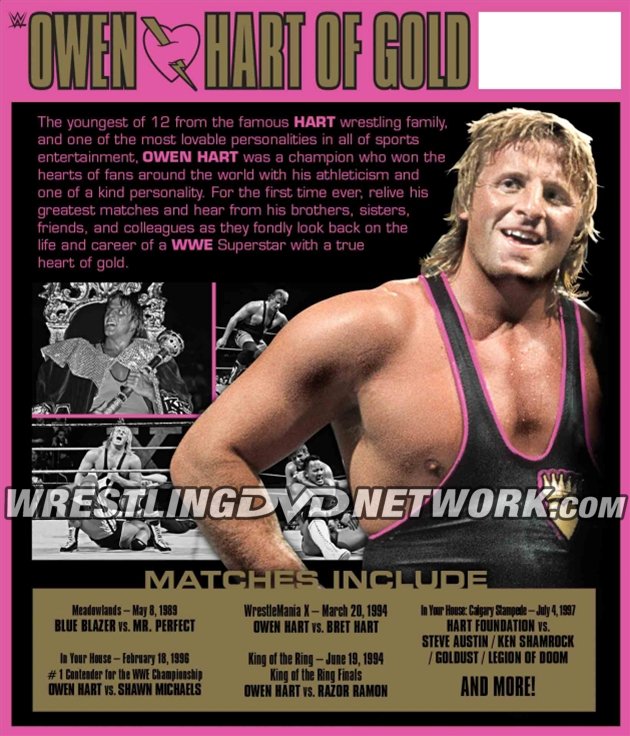 The artwork planned for the back cover of the Owen DVD (shown above) confirms some of today’s new content, in addition to the Blue Blazer/Mr. Perfect match we posted yesterday from 1989. It also reveals the In Your House: Canadian Stampede 10-man tag match from July 1997. 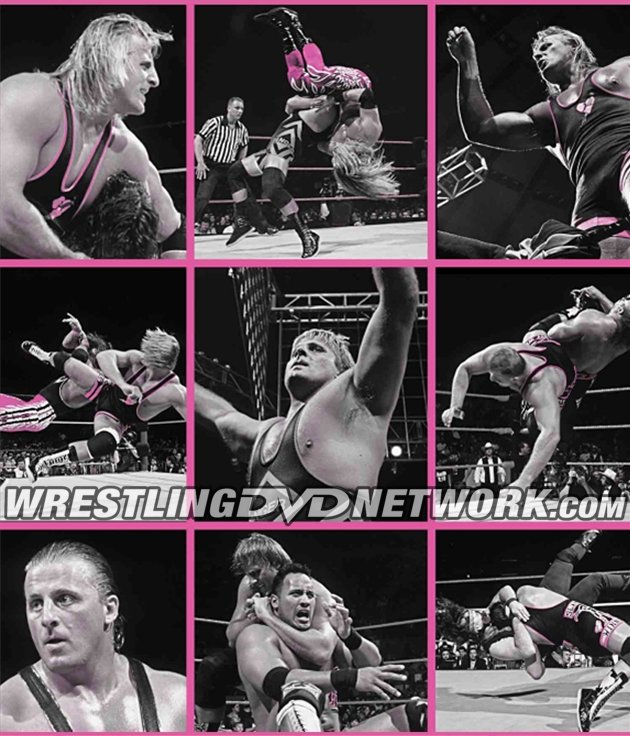