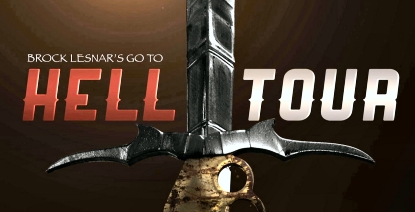 In a month his “Go to Hell” tour kicked off live from Madison Square Garden, in a week he went face-to-face with a “Rattlesnake”, and on a weekend he goes to war with “The Phenom”, WrestlingDVDNetwork.com exclusively reveals plans for a new BROCK LESNAR WWE DVD!

As of right now, the Lesnar DVD/Blu-ray set appears on the 2016 WWE Home Video Schedule, filling one of the two remaining slots we were yet to confirm.

Information we’ve received suggests that in addition to a compilation of matches and moments, this one will contain an all-new documentary feature on Brock’s life and career.

“The Beast” is not the only one WWE has a documentary-themed DVD tentatively planned for – their schedule also lists the Dudleyz, Scott Hall, Eric Bischoff, and possibly even Shane O’Mac!

More as we get it. 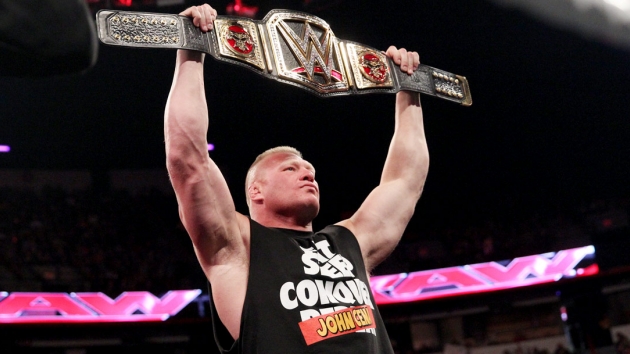 After a number of creative changes and a mire of confusion, below we can show the FINAL cover artwork draft for the “Owen: Hart of Gold” DVD and Blu-ray this December!

The title lettering is now brighter and, as reported, the background has been removed. 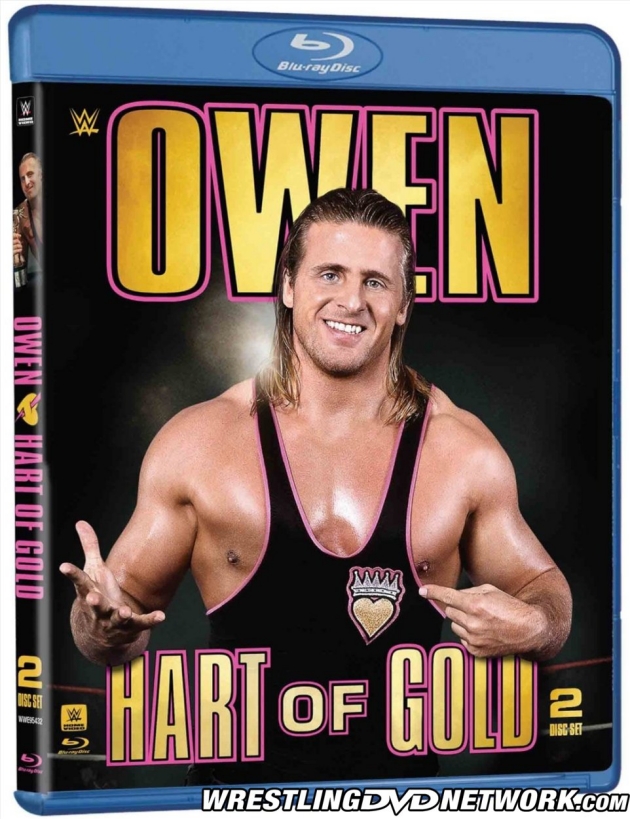 Following the first 2016 WWE DVD Release Dates being revealed earlier this week for fans in the UK and Europe, the first few release dates for Australia are now confirmed below.

The early 2016 release schedule for the United States should become clear next.

Kayfabe Commentaries have been hyping up their “Timeline: The History of WWE” DVD series this month, which recently hit 21 editions with 50 hours of footage! In doing so they took a little shot at WWE’s own “History of WWE” DVD release from 2 years ago.

What can we say…we’re naturally ambitious here at KC! Several years ago we said to ourselves, “what if we got the biggest stars of the largest wrestling federation in history to sit down and relive the company’s history with us?” In print form it would be a massively voluminous work, but what if we could create a book-on-video? What if we could create an open-ended historical telling of the history of WWE, each chapter a different year, told by a different talent. It would be first-hand accounts, no historians and writers. The stars would tell the history from their perspective. 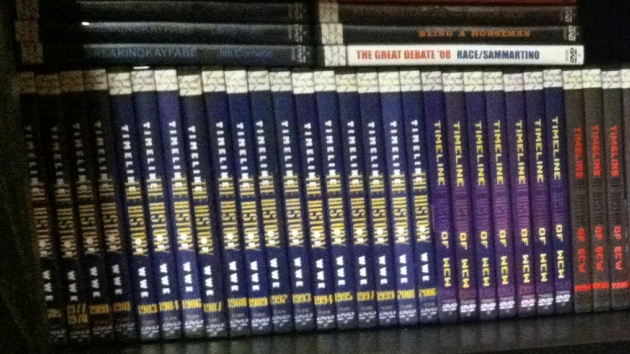 Well you know the rest. We did it. Our “Timeline: The History of WWE” series is now 21 editions long and still growing. The history of the company is told by stars like Bruno Sammartino, Bret Hart, Roddy Piper, Lex Luger, Superstar Billy Graham, Jim Cornette, The Honky Tonk Man and many more.

Imagine trying to tell this story in a 2 hour DVD like the one recently released? Our collection is currently about 50 hours long and will continue to grow. We are proud of this historical compendium which tells the unauthorized history of WWE in its good, bad, and ugly days. Go inside the glorious moments with great champions, and also the scourge of scandal and tragedy. The stories are definitely not shareholder approved!

WEEKEND EBAY FINDS: A mixed bag of goodies found up for grabs this time – including steal prices on Anthology box sets, rare WWF DVDs going cheap, and a massive lot of 60 sets!

All are expiring in auctions today and through the coming weekend. Links below… 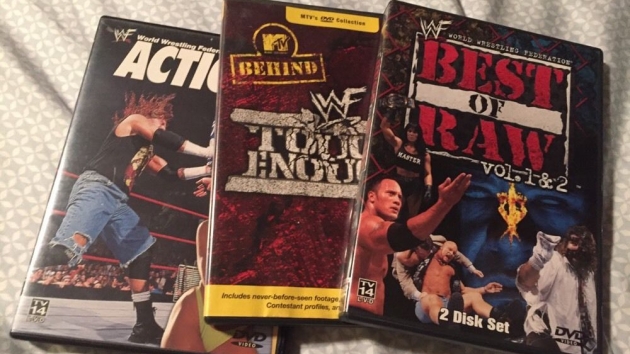