We can confirm that “Monday Night War Vol. 1: Shots Fired” has been pushed back again.

WWE originally had the DVD and Blu-ray in the works for last month but the decision was made to put out the new Chris Jericho DVD in its place. It was then pushed back to the end of June.

The set will now be released 1 week later on July 7th to fans across the United States. As of last word, Australia will also get it in July, while the UK and Europe will get it in August.

The plans we’ve heard about in recent months are for 10 episodes of the series and extra matches/moments to feature on the first volume (a 4-disc DVD and 3-disc Blu-ray) and the remaining 10 episodes on a second volume towards the end of 2015, possibly in October.

You can pre-order the “Monday Night War Vol. 1: Shots Fired” Blu-ray here on Amazon.com. Thanks to WDN readers Rick Velazquez and Andrew Dellorfano for alerting us.

“Ultimate Warrior: Always Believe” is the next WWE DVD and Blu-ray set scheduled to hit US stores, and it will be available in less than 2 weeks’s time!

As reported here at WrestlingDVDNews.com this week, the Warrior DVD will include a free mini-poster. It features the same artwork as the DVD’s cover, which looks as pictured below. 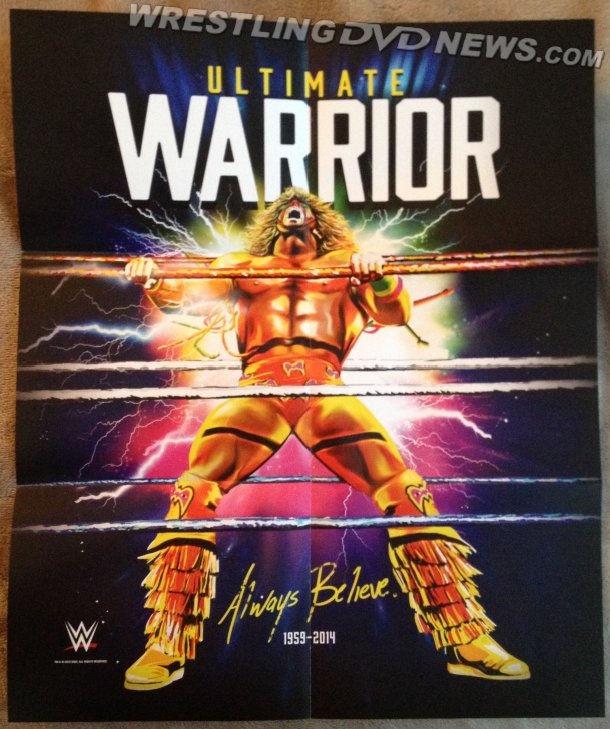 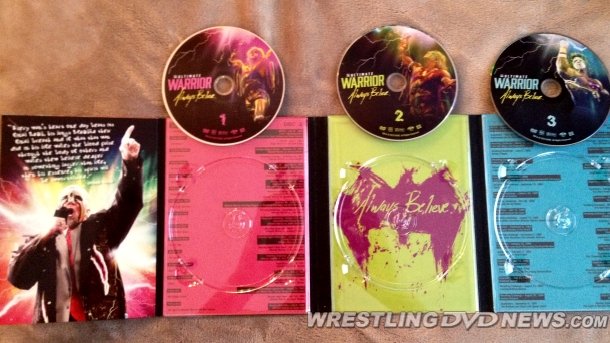 Royal Rumble 2015 is the next WWE DVD and Blu-ray scheduled to hit UK stores, coming this Monday via WWEDVD.co.uk. Bubba Ray Dudley was a surprise entrant in the 30-man Rumble match this year and you can watch a preview of that moment in the clip below.

As you may have seen yesterday in the WrestleMania 31 VHS tape prank for April Fools’ Day (got ya), a new promo code is active this week for fans in the UK and Europe.

Use code “APRILF2” at WWEDVD.co.uk before Monday to get £2 off any order!

The next WWE PPV DVD releases on the way, with the exception of WrestleMania 31, are all right now priced just $9.99 or less to pre-order with Amazon US. Links below:

DEALS ON RARE STUFF: Here are 16 eBay auctions to check out, all expiring before the coming weekend for rare and out-of-print WWF/WWE DVDs at decent prices! 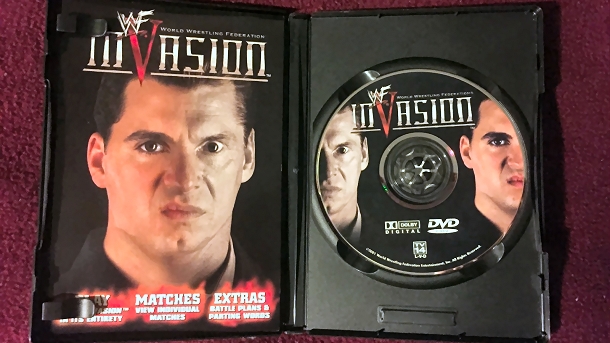