It looks like WWE could be re-releasing some classic WrestleMania events on DVD in the run up to this year’s extravaganza. New listings have recently showed up at a few retail sites including today at Amazon (view them here) for single disc releases priced at around $10 each.

We are not yet certain of a full list of events but individual DVDs for WrestleMania 1 to 15 are currently up on Amazon for March 12th release, while WrestleMania 23 and 25 are also listed on importcds.com. There remains a chance they might be pulled, given that the stated release date is just a few short weeks away. We’ll keep you posted.

Andy ?sent word that while at an FYE store this week buying WrestleMania DVDs they all rang up for just $5.99 each, confusing both he and the clerk working there. This could be an indication of a new sale starting, or perhaps even related to the possible new re-releases.

Dusty Rhodes confirmed on his Twitter that he was working with WWE yesterday on the Best of War Games DVD. It’s slated for June 25th release and Dusty will be hosting.

jumped all over wwe dvd yesterday ! the wargames , going to dont miss dvd !!!!

Here are photos of two new WWE Blu-rays to be released soon by FremantleMedia in the UK – Best PPV Matches 2012 and Survivor Series 2012. If you’re in the UK or Europe you can pre-order either title right now at WWEDVD.co.uk. 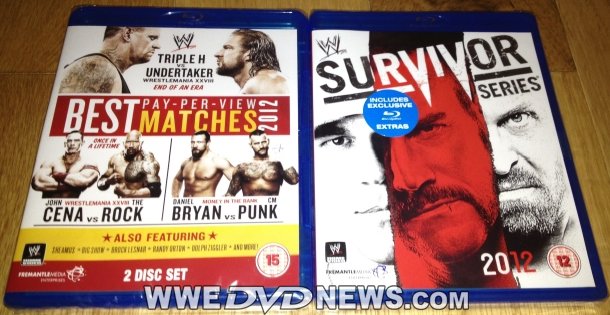 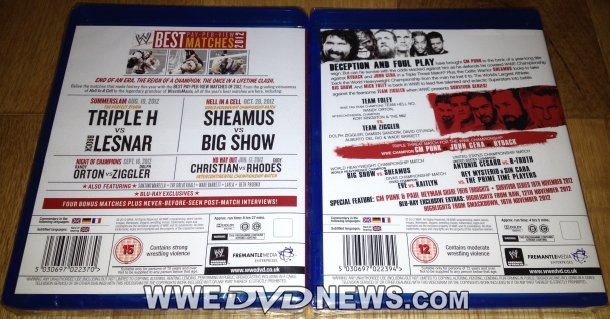 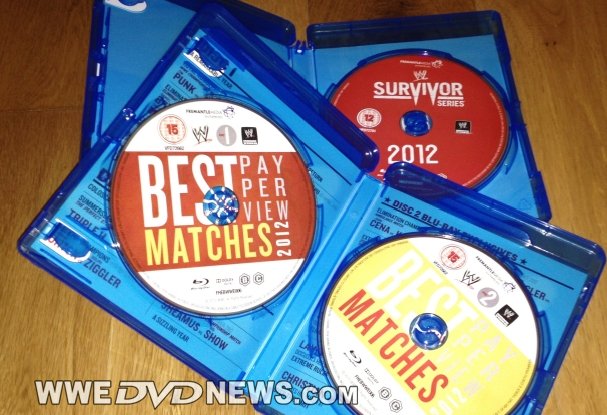 79 Comments left on this article...