WWE officially released the WrestleMania 33 DVD and Blu-ray this week!

You can grab your copy right now here on Amazon.com and as of today here on WWEShop.com. 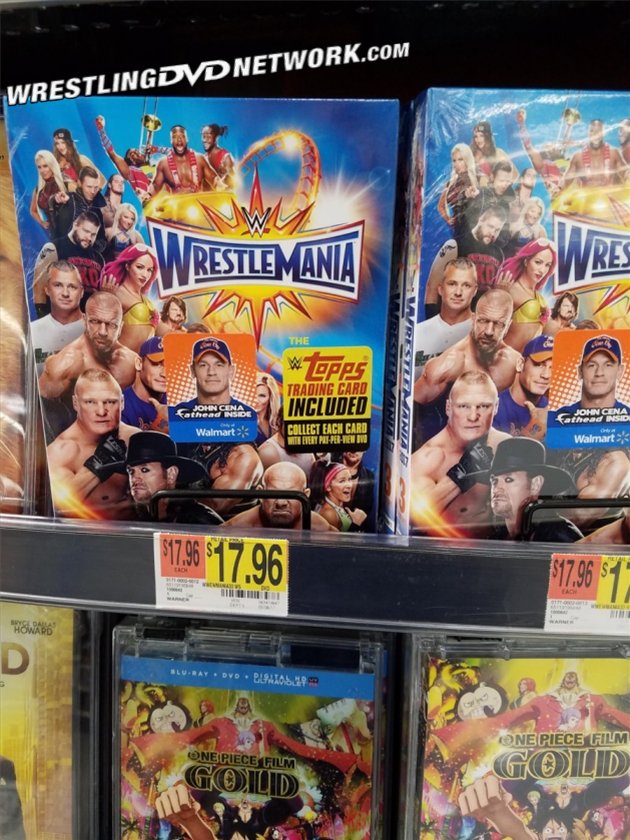 Whether you buy it online or take a “thrill ride” to your local store, all first-run copies of WM33 on DVD will include a free Seth Rollins Topps trading card inside the packaging.

Head to your local Walmart store this week and you’ll find a store exclusive version of the 3-disc set — it features a John Cena Fathead wall decal in addition to the trading card.

Thanks to WDN readers Kevin Edwards and Jordan Deleo for giving a peek at their pick-ups. 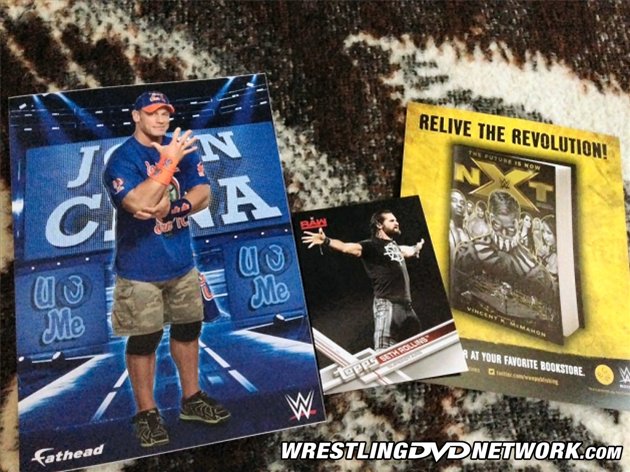 This coming Tuesday, May 16th, marks the release of the ‘Mania DVD in Canada and along with the standard versions will be an exclusive with a collectible coin of The Undertaker inside!

Not only that, but the “WrestleMania 33: Amazon Exclusive” houses the case of a new WWE coin collection; the only way to get hold of the display case for coins WWE are releasing in the Canadian Money in the Bank, SummerSlam and Survivor Series DVDs in the remainder of 2017.

Stay tuned to see if you were picked as a winner of this exclusive in our giveaway. 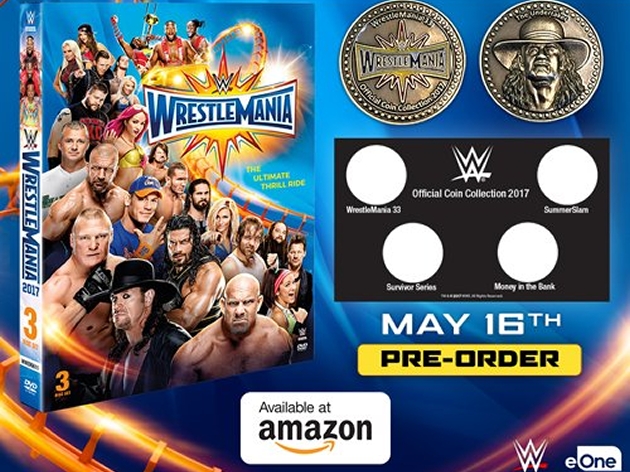 This week’s release of WrestleMania 33 has unfortunately confirmed, as per our earlier report, that the Kickoff Show matches did NOT make the DVD or Blu-ray in the United States.

Instead those extras are only found on the UK versions which are due to hit stores on June 5th, which is now stated on several product listings:

Fans in the UK will also get chance to grab 2 in-store exclusives: one with alternate cover artwork available at Sainsbury’s, the other packed with 6 Top Trumps cards at ASDA.

An official WWE Top Trumps deck is on the way later in the year but the only way to add these 6 Superstar cards to your collection is by purchasing this edition of the WrestleMania 33 DVD.

Chris Jericho, The New Day, Goldberg, Alexa Bliss, Braun Strowman and The Rock were the Superstars chosen for the cards, and their artwork is pictured here: 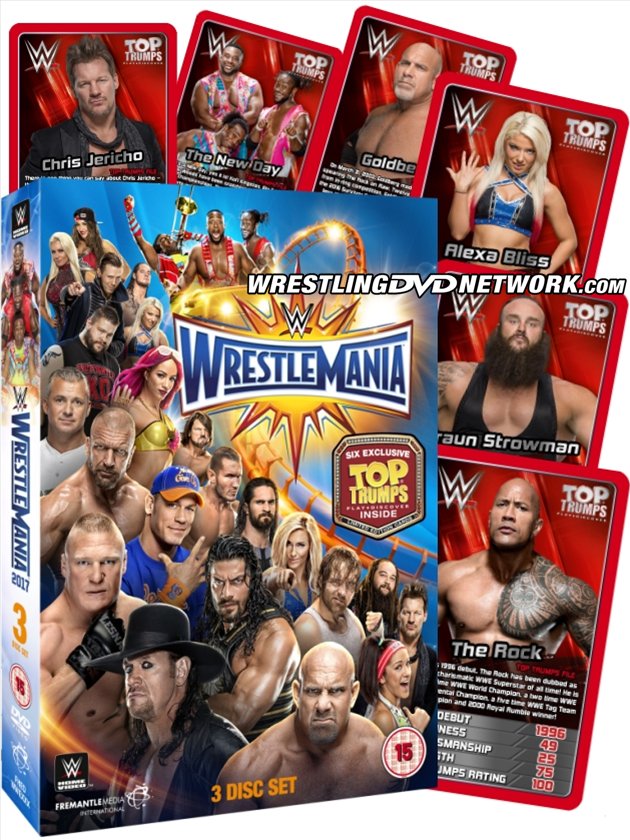 This one is exclusive to Best Buy, available from them both online and in-store. The Steelbook packaging features unique cover artwork and a metallic finish, along with a paper insert inside that details the content on the discs, which the standard Blu-ray does not appear to have.

The Steelbook Blu-ray is also scheduled for release to Australia later this month as a JB Hi-Fi offering and the UK early next month. A special thanks to Matthew Tremble for sharing these pics: 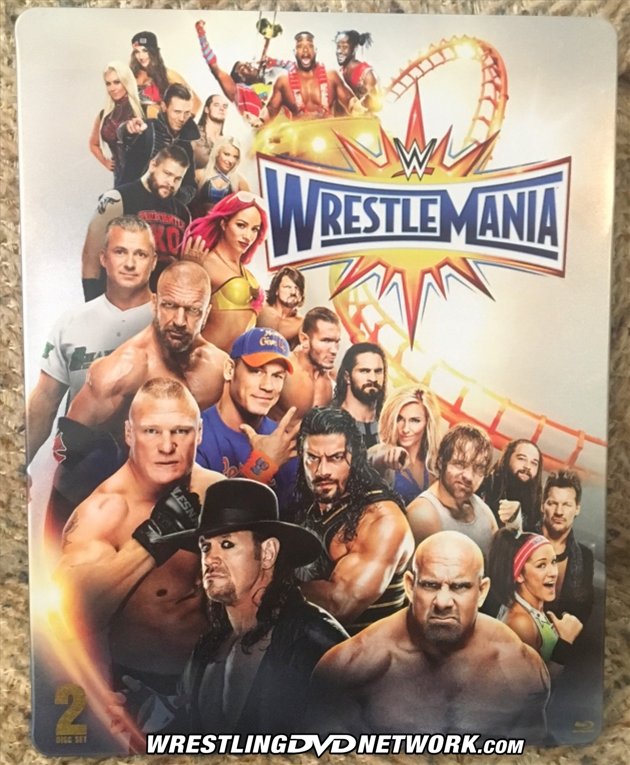 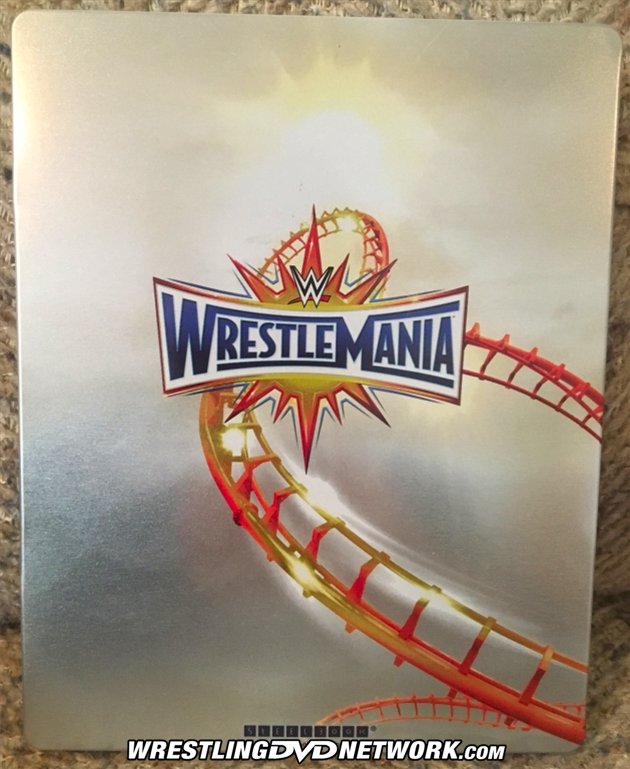 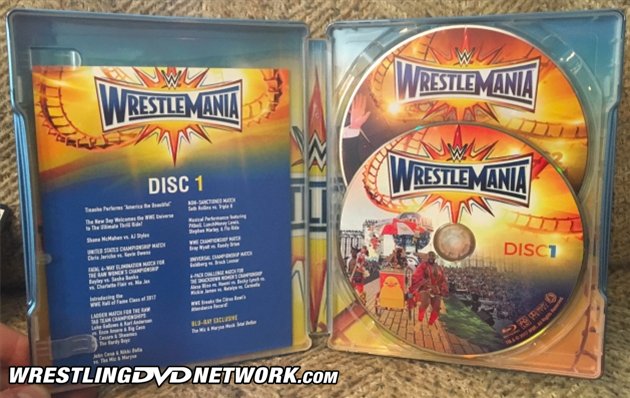 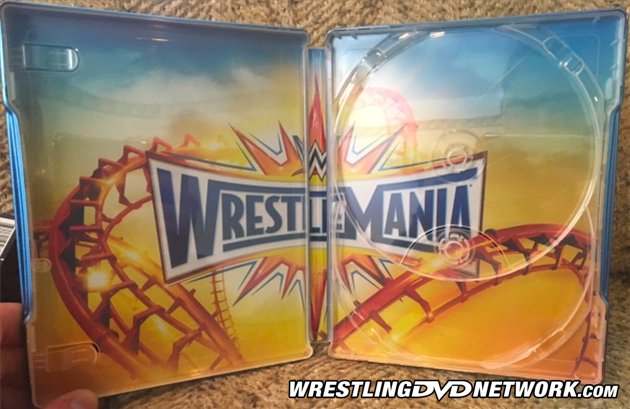