It’s been a busy month of reveals but we’re not done yet!

Next up, the cover for Shawn Michaels – Mr. WrestleMania! WrestlingDVDNews.com can now give you an exclusive first look at the planned artwork.

Shawn Michaels – Mr. WrestleMania hits stores on DVD and Blu-ray this February.
Pre-order it now via Amazon.com by clicking here. 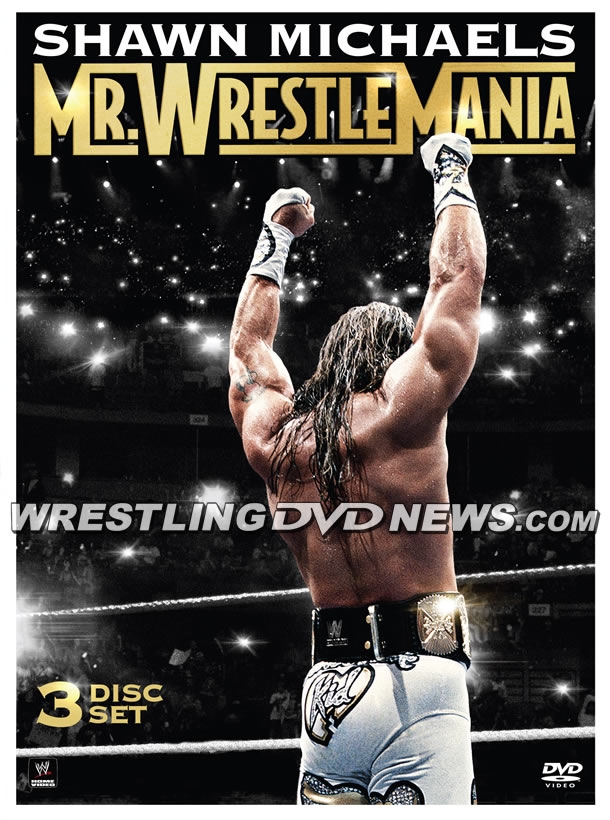 “For 30 Years, WWE and its Superstars have created a pantheon of iconic WrestleMania moments that are immortalized forever in history- but only one man can lay claim to the nickname “Mr. WrestleMania”, Shawn Michaels.

Now, fans can own all 17 of his iconic WrestleMania matches. See all the jaw-dropping action from The Showstopper on WWE’s grandest stage.”

Last month WWE confirmed that despite the above synopsis referring to “all 17” of Shawn Michaels’ WrestleMania matches being included on the DVD, the WrestleMania 20 triple threat match (which Chris Benoit competed in) will NOT be present.

WWE stated that every other HBK WrestleMania match will be. As previously reported, along with those matches will be new interview footage with Shawn Michaels himself. 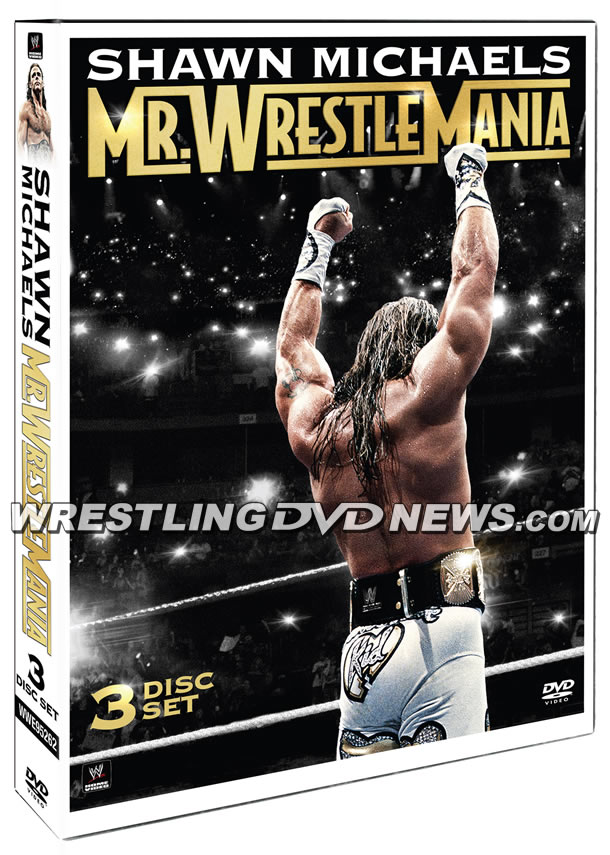 Australia: To Be Announced. Pre-order soon at WWEDVD.com.au for March release.