WWE Smackdown: The 2010 Season Blu Ray has made it on to the Best Buy website. This is the retail store that has exclusivity rights to stock the WWE Blu Ray releases first in the United States, so this set looks to be confirmed for a BD release in October.

Have a read of this post for the latest on all expected WWE Blu Ray releases for the remainder of 2010.

For European fans the Rebellion 1999 & Insurrextion 2000 Tagged Classics DVD is now in stock on Silver Vision’s website and will probably be available in UK stores come October. 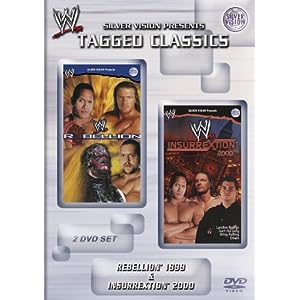 Speaking of Silver Vision, they today confirmed that their SummerSlam 2010 Blu Ray edition will indeed be a 2 Disc set as planned, including the Raw and Smackdown shows. So this looks to be exclusive to Europe.

The SummerSlam Blu Ray released yesterday in the United States turned out to be a single disc edition featuring only the Raw episode leading into the PPV.