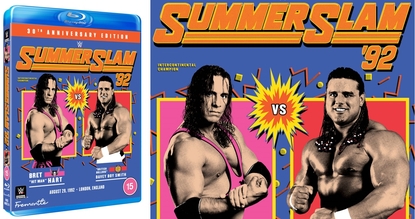 This week, a few eagle-eyed WDN readers including Peter spotted some interesting product listings show up on German-based websites Amazon.de and bluray-disc.de: 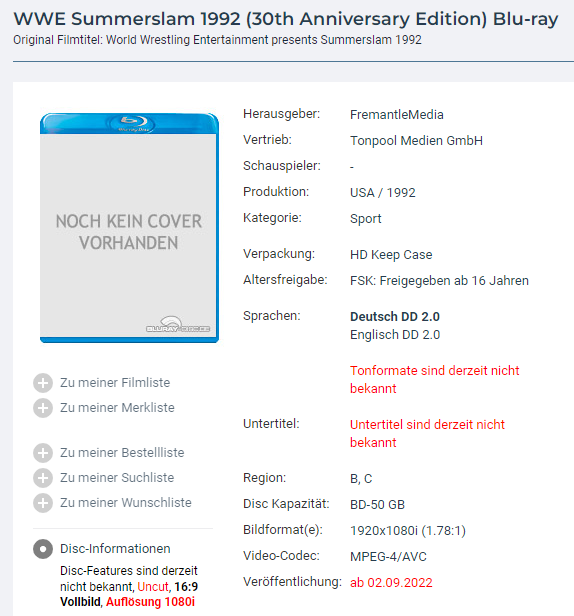 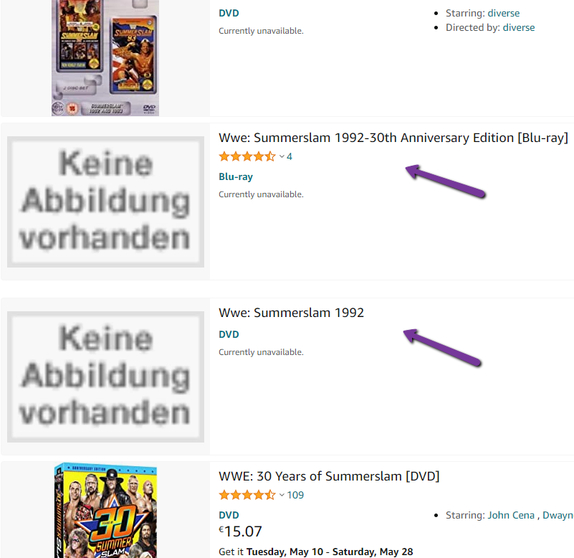 So we did some digging… and today, WrestlingDVDNetwork.com and WWE Home Video UK can officially announce the go-ahead of a SummerSlam 1992 Blu-ray and DVD in the UK and Germany, commemorating the SummerSlam event held at Wembley Stadium 30 years ago.

There’s even cover artwork to prove it! 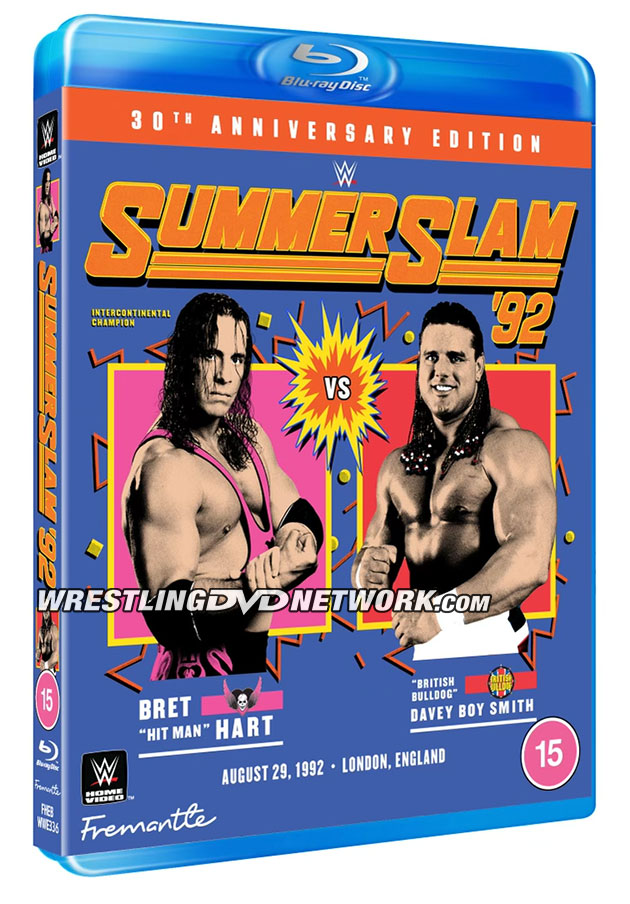 Please note: this cover artwork featuring Bret Hart and the British Bulldog will be the design on the finished product, however some elements of the artwork shown today are not 100% final – the BBFC rating of ’15’ and the Blu-ray/DVD’s total runtime are still to be confirmed. 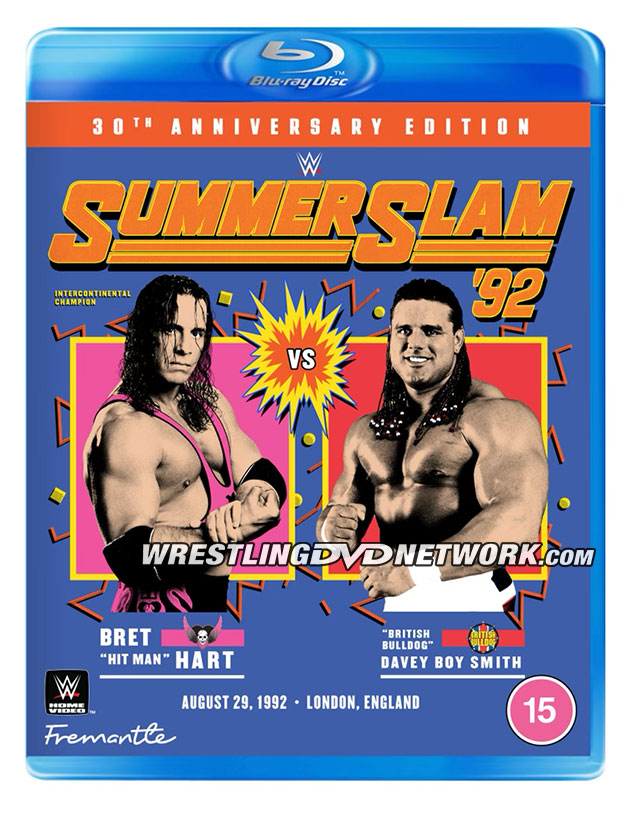 We’ve been told the Summerslam ‘92 (30th Anniversary Edition) release will re-master the event for the first time on Blu-ray and DVD, featuring the full show and including the three ‘dark’ matches cut from the original broadcast, which aren’t a part of the current WWE Network showing.

Those might not be the only bonuses as early information suggests there will be “a host of extras from the time”, with hints of more content included that also potentially isn’t available on the Network.

Release dates have been scheduled – the UK gets it Monday August 29th, Germany later that same week on Friday September 2nd. This is a Fremantle exclusive offering so unfortunately the title won’t make it to the United States and Canada.

WWEDVD.co.uk has the Blu-ray and DVD available for pre-order right now. 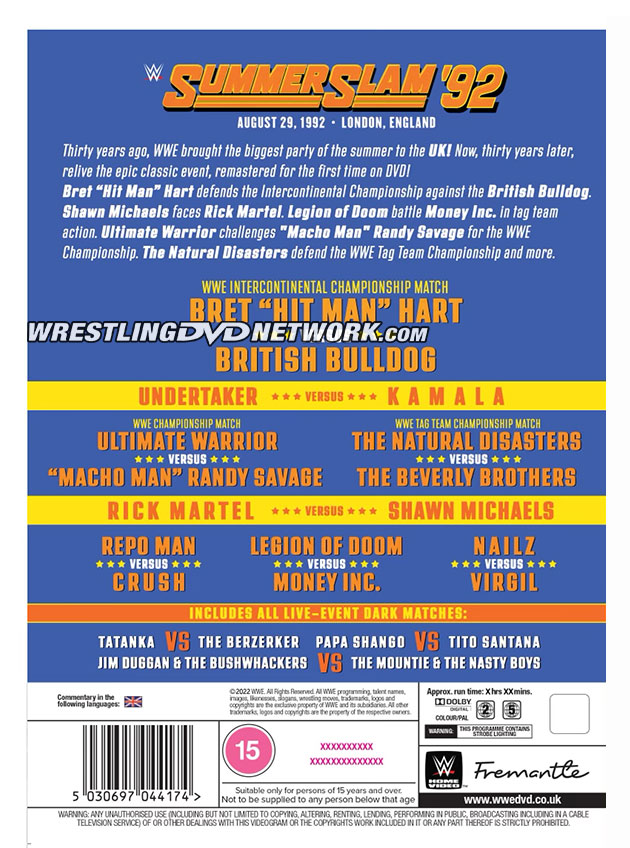 Thirty years ago, WWE brought the biggest party of the summer to the UK! Now, thirty years later, relive the epic classic event, remastered for the first time on DVD! 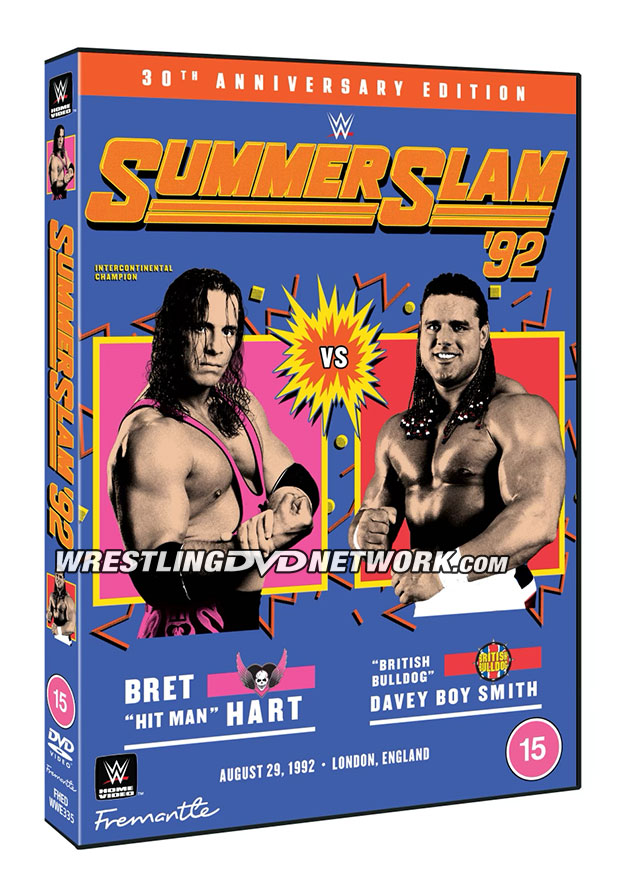 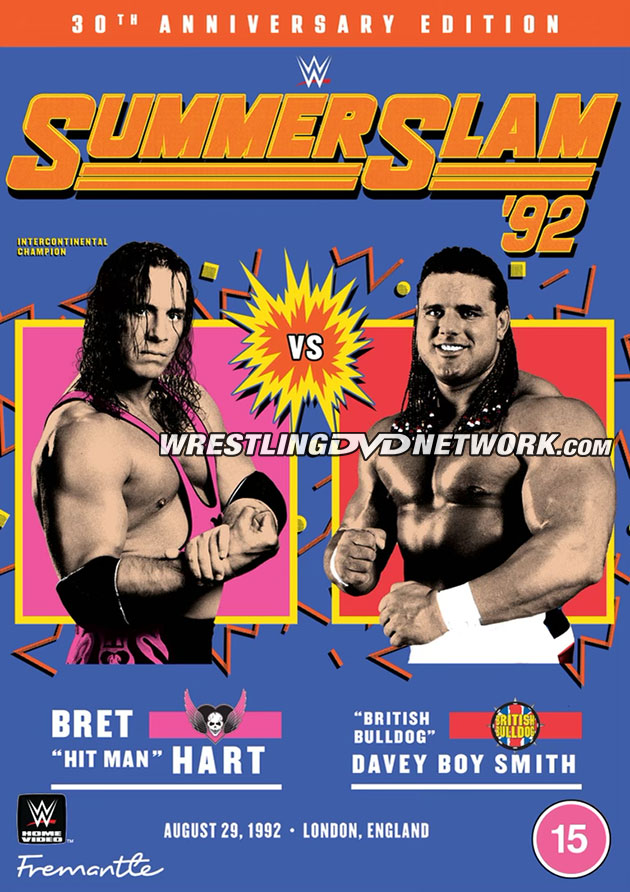 The next WWE DVD release on the horizon for fans in the US and Canada is WrestleMania 38 on May 10th, less than 2 weeks away!

Let’s take a look at the complete cover artwork now finalized for ‘Mania, including the full sleeve artwork, the 3D pack view and the back cover too. 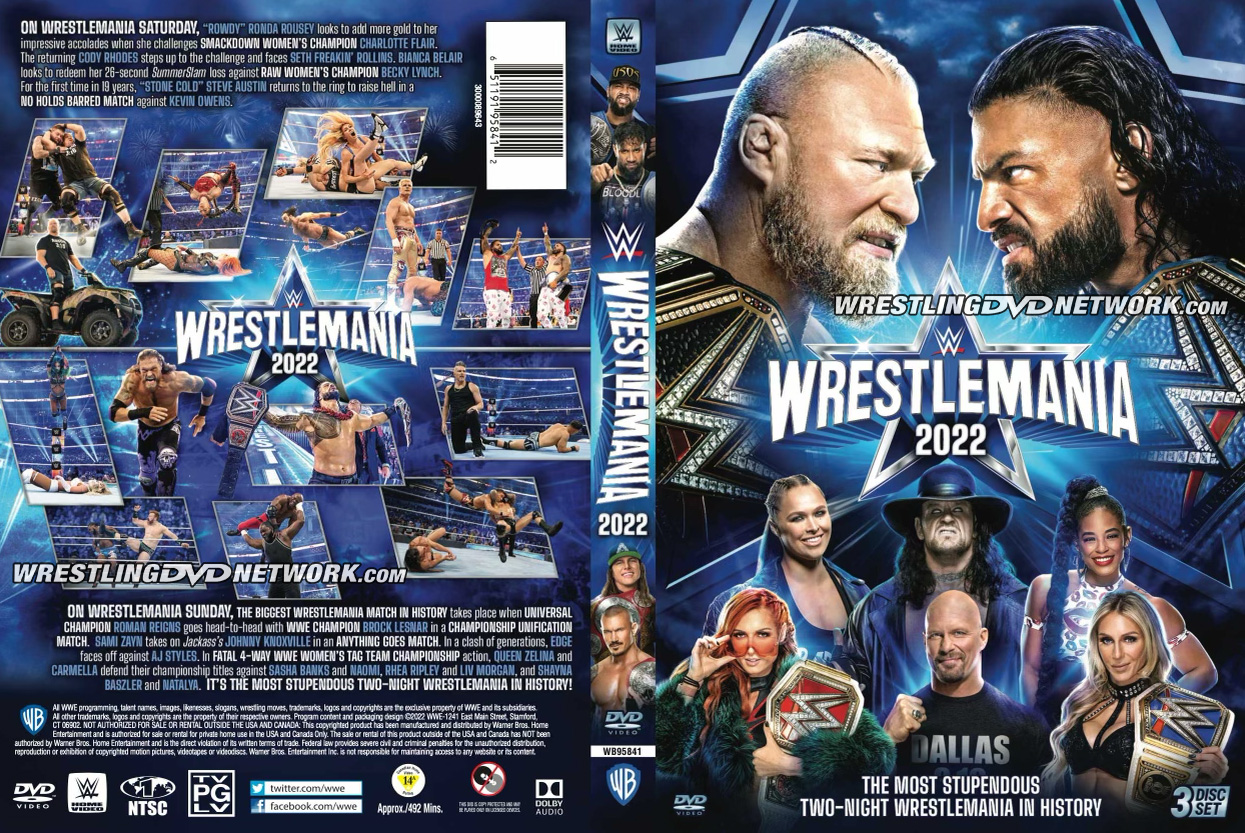 PRE-ORDER NOW: Grab your copy of the WrestleMania 38 DVD or Blu-ray in the United States by clicking here to Amazon.com. If you’re in the UK, pre-order now via Amazon.co.uk. 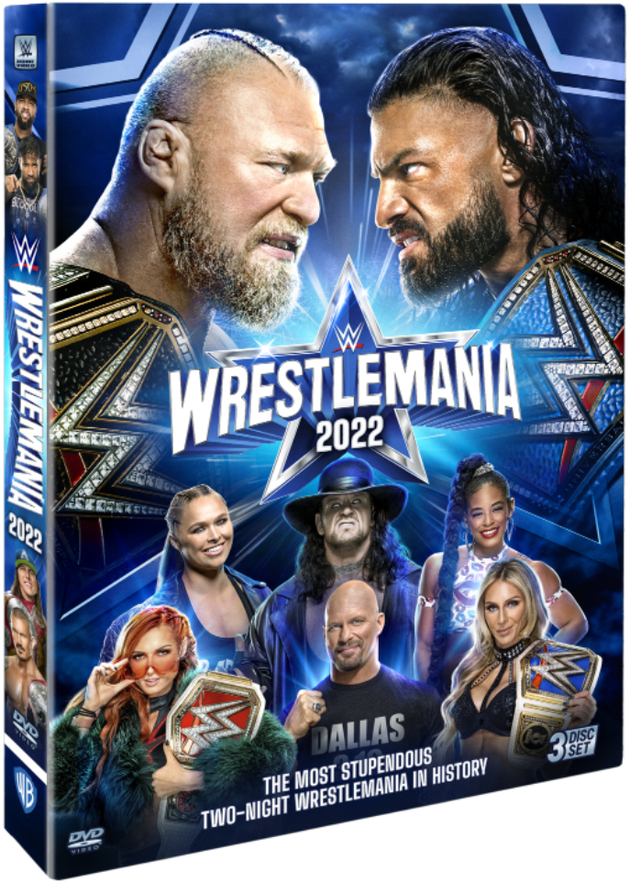 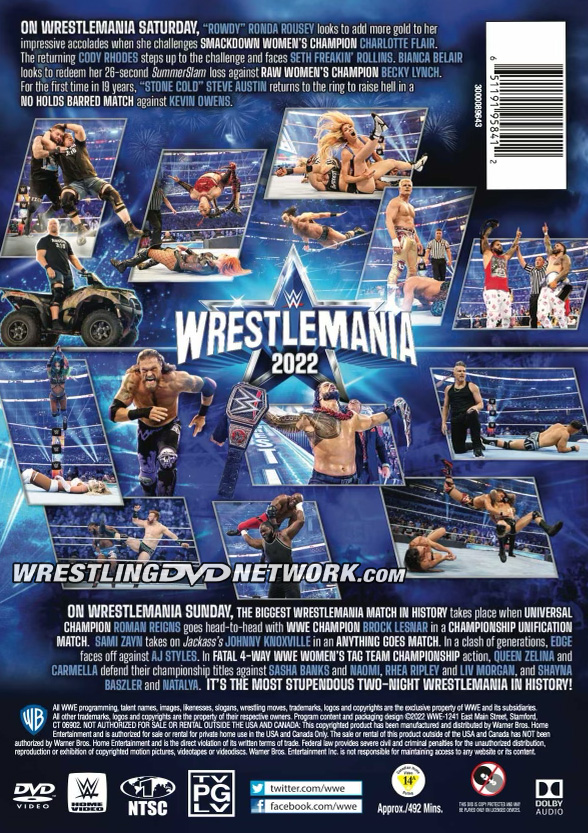 And don’t forget, fans in the UK and Europe will be treated to alternate artwork for WrestleMania 38 — the design features Stone Cold Steve Austin front and center!

Head to WWEDVD.co.uk, the only destination where you can get hold of this alternate artwork version for both the DVD or the Blu-ray. 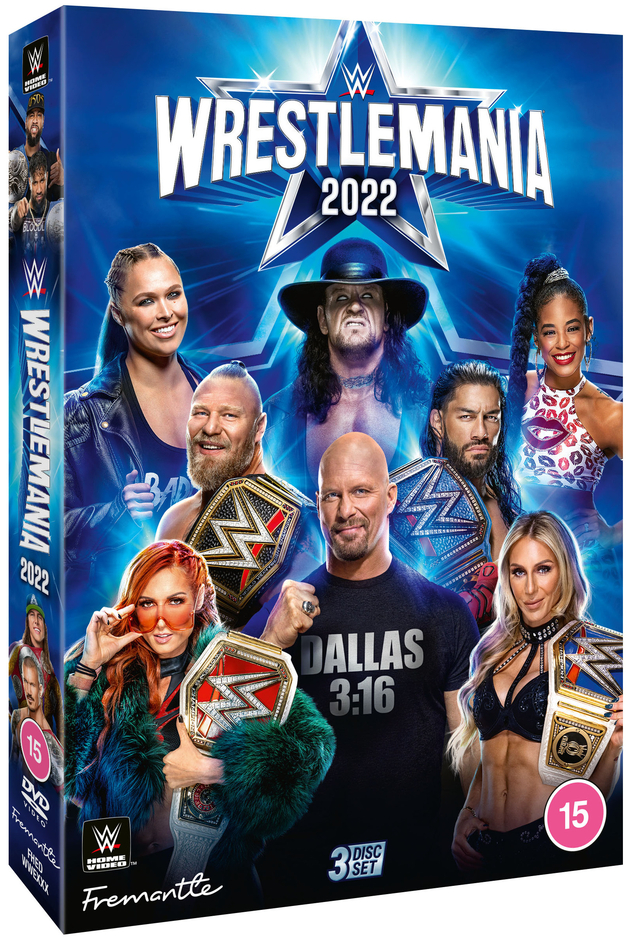 Whether you are in the UK, Germany, the US, or Canada, whether you get the standard artwork or the alternate design, The Undertaker’s Hall of Fame induction speech will be included in its entirety as an extra on the ‘Mania DVD and Blu-ray: 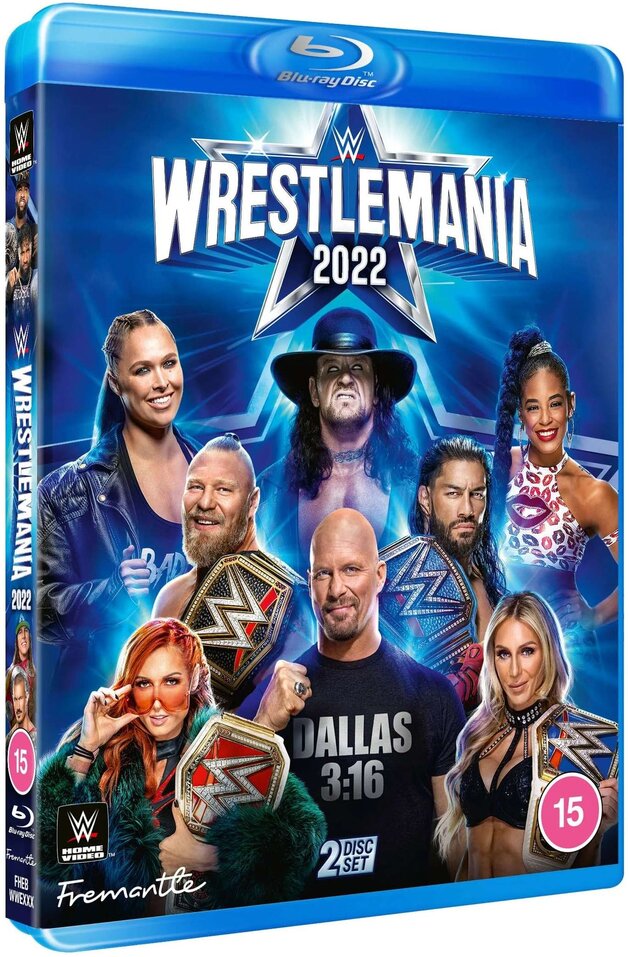