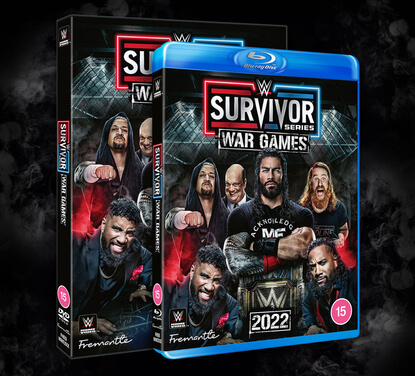 WWE has finalized the US and UK cover artwork (front and back) for Survivor Series War Games 2022. The front cover will be a modification of the event poster featuring The Bloodline.

The full content has arrived with us too. On DVD, this release will be a single-disc offering with no room for extras. However, WrestlingDVDNetwork.com can exclusively reveal that the UK and Europe’s Blu-ray edition will include a 43-minute extra!

The Survivor Series 2022 DVD will be released to the US on December 27th, following on both DVD and Blu-ray formats to the UK early in the new year on January 9th. 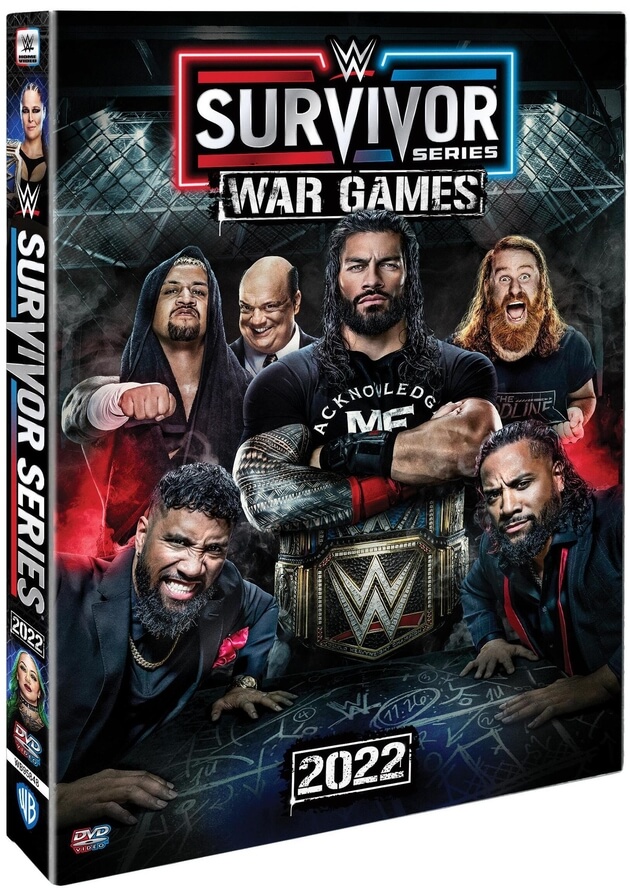 For the first time ever in WWE history, WarGames comes to Survivor Series! 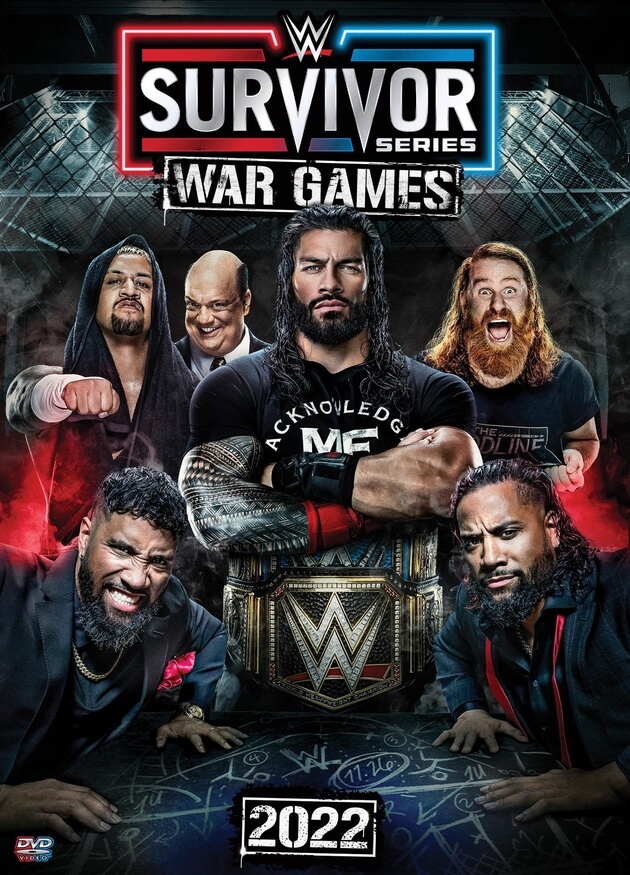 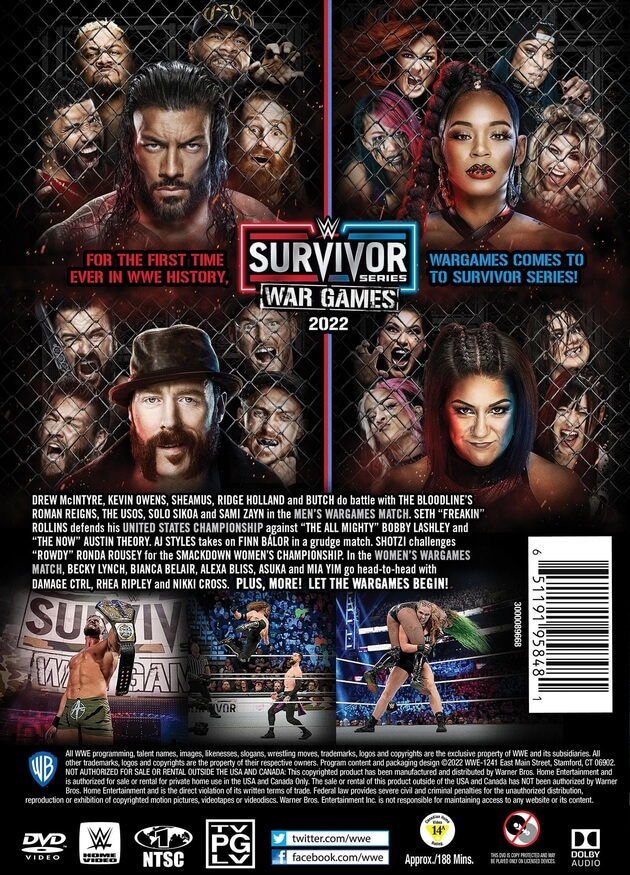 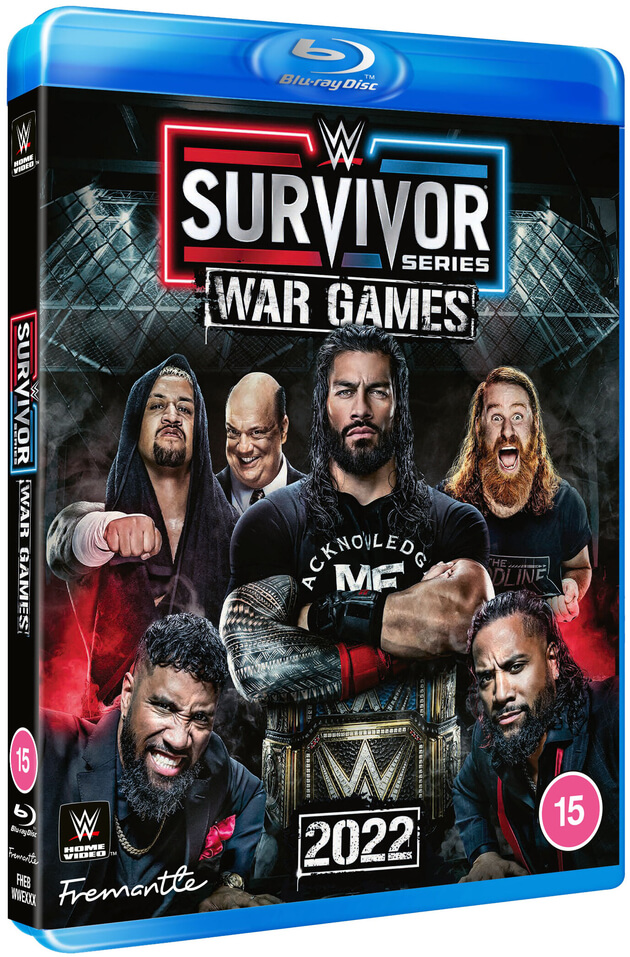 Heads up — Crown Jewel 2022, a 2-disc DVD set, officially released to the US this week. The free WWE sticker found inside the packaging of this one features Roman Reigns. 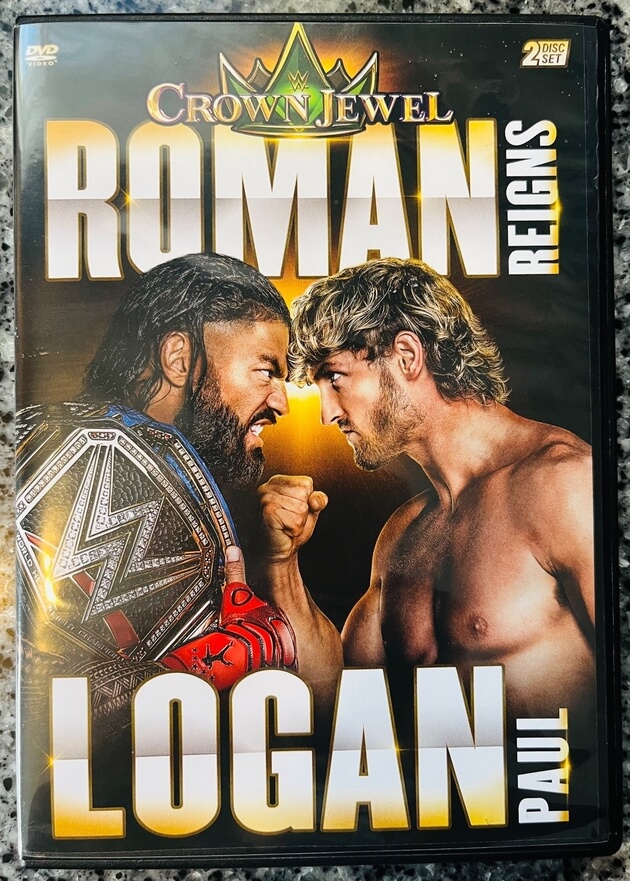 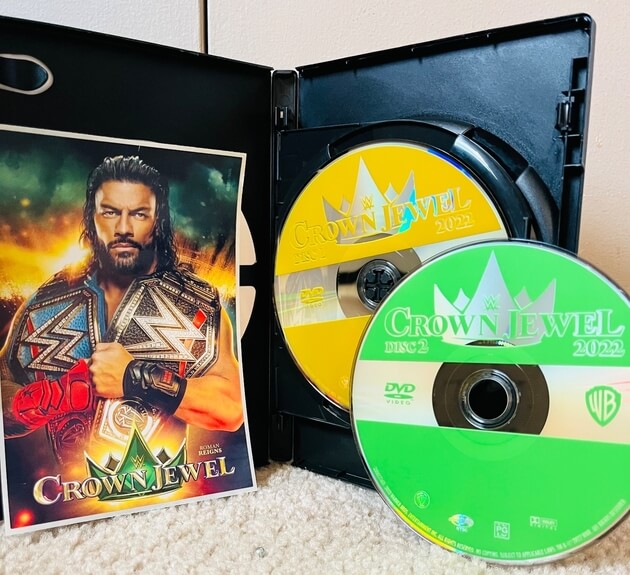 Thanks goes out to Makel Collins for sharing these photos, and “TheDVDFreak” for the video look.