This past Sunday’s TLC: Tables, Ladders & Chairs… And Stairs 2014 pay-per-view event will be released on DVD to the United States next month on January 13th.

Pre-order it in time for then here on Amazon.com for the special price of only $9.99.

Revealed below is the official cover artwork featuring John Cena and Seth Rollins! 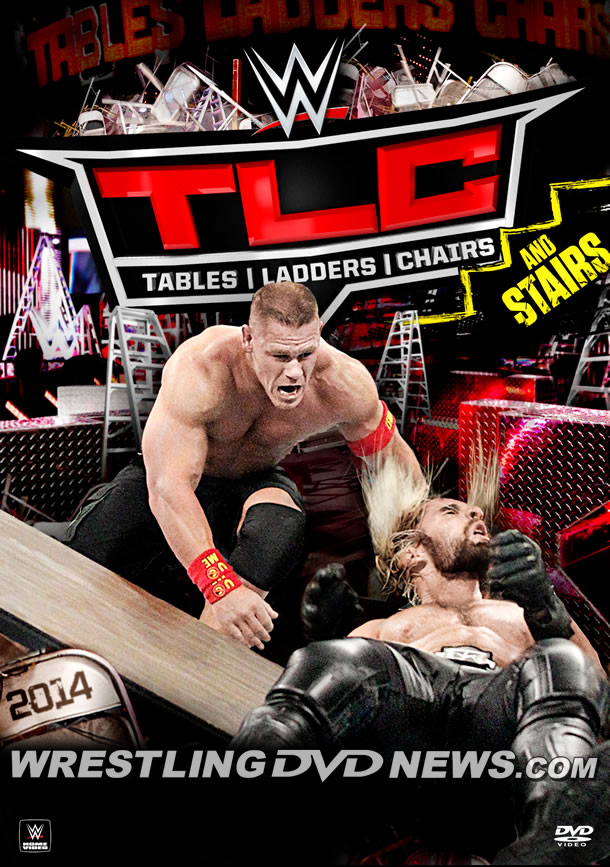 – Australia: Get your DVD from WWEDVD.com.au for February 4th.

Now available here at WWEShop.com are exclusive packages for the “True Giants” DVD and Blu-ray which include prints of Rob Schamberger’s artwork on the giants. 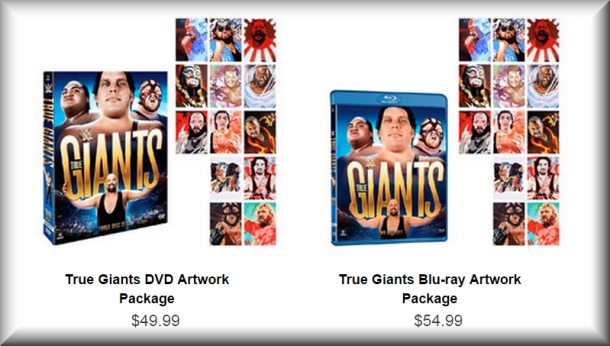 The Blue Meanie has revealed yet another match planned for the ECW Unreleased Vol. 3 DVD and Blu-ray next year! This joins the other 10 matches confirmed for the set so far.

UK FANS: You can get 20% off the price of any WWE DVD/Blu-ray at WWEDVD.co.uk (excluding pre-orders) until midnight tonight! Postage is free as always, and don’t forget, when you order 3 titles you also get a further 10% off your purchase.

COOL STUFF: Here’s a list of 12 wrestling DVD goodies which are all expiring this weekend in eBay.com auctions. WWF DVDs from just $0.99, a rare ECW DVD, a complete Anthology box set, and the very tricky to find Trish Stratus Collector’s Edition DVD!