Exclusively right here on WWEDVDNews.com, we can now reveal the official planned cover artwork for The Top 25 Rivalries in Wrestling History. 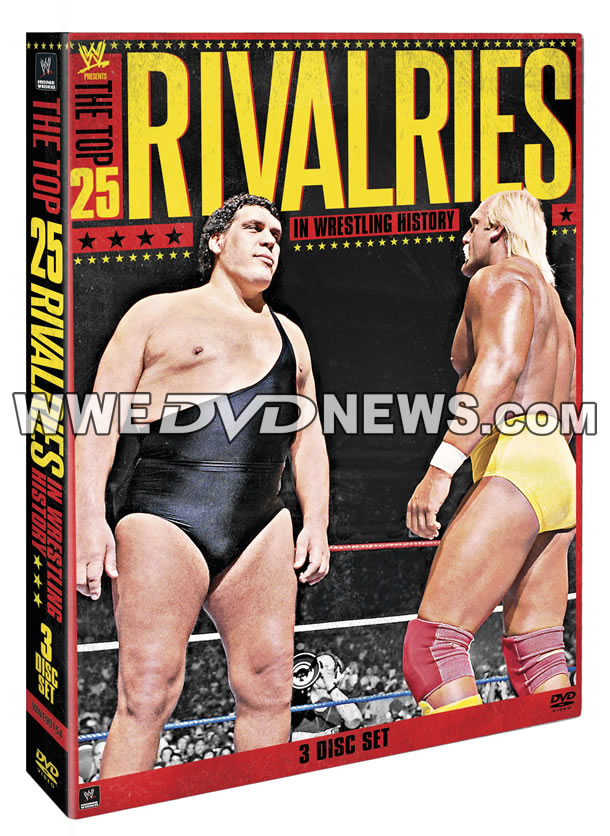 WWE Superstars clash year-round with championships, glory, and personal pride on the line. But only 25 rivalries can be considered the greatest in sports entertainment history. Now for the first time ever, WWE counts down the most intense rivalries of all time. With each segment narrated by a different WWE or mainstream personality, each rivalry takes on a life of its own as WWE fans get an inside, never-before-seen perspective on their favorite showdowns. From the grudges born from equal pursuit of a common goal to those where the animosity crosses personal boundaries, all the timeless conflicts in the history of WWE, WCW, NWA, ECW and more are presented. Featuring Cena vs Edge, Stone Cold vs Mr McMahon, Ric Flair vs Ricky Steamboat and many more, this controversial countdown is sure to be dissected and debated by fans of all eras. Plus, special features include over 5 hours of bonus matches highlighting the rivalries presented in the countdown. 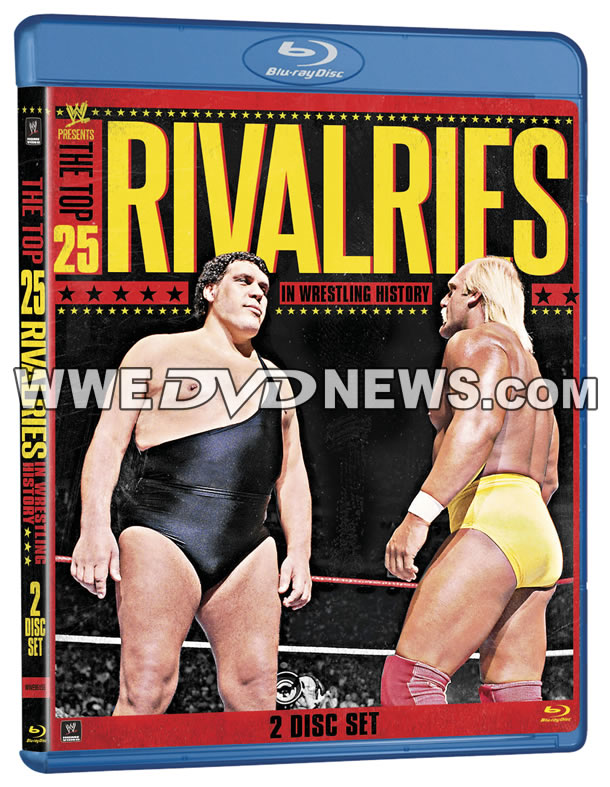 The Top 25 Rivalries in Wrestling History DVD/Blu-ray will be released to the United States on May 28th, and you can already pre-order your copy now by clicking here.

Fans in Europe and Australia look out for your opportunity to pre-order it for June at your respective licensees – WWEDVD.co.uk and WWEDVD.com.au.